Hey everyone, guild banks and vehicle achievements (achievements that grant you vehicles) are two of the smaller features coming to 1.2. Since they are both relatively small features, I have decided to clump them together and write about both at once!

Guild Bank is finally here! This feature is relatively standard in most other MMOs but it has finally arrived in SWTOR! Better late than never right? Here are the basic facts

What I am going to do next is to show you the location of the guild bank and then walk you through the 4 interface tabs!

Here is the location of the guild bank on the fleet. They look like normal cargo hold but with purple tabs on top of them. 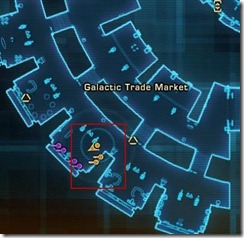 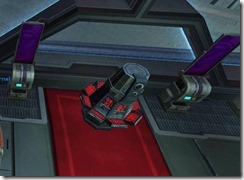 This is the first interface tab and is the one that will be used the most often. As you can see here, as a normal guild member, I only have access to the first two interface tabs: Vaults and Log. The credit withdrawal is greyed out as I do not have permission to withdrawal credits but I am given a 300k weekly credit allowance for repairs/respecs.

Something to keep in mind is that if the guild leader has checked the Stack Separately option in the Manage tab, items within a stack will count toward your withdrawal totals. 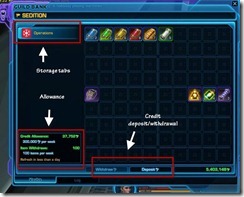 This tab keep track of only items. It essentially show you the person’s name, item deposited/withdrawal and the timestamp. 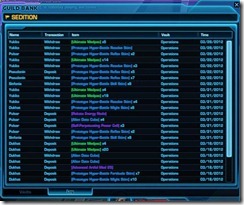 This log currently only keep track of 100 item transactions – I was able to erase some of the older entries by repeatedly depositing/withdrawal the same items. You can see that the item transactions before March 21 no longer show up. Hopefully this will be fixed going live or otherwise it is not useful for a large guild. 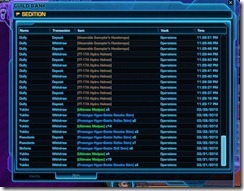 This tab is only viewable by the guild leader currently. It keeps track of all the credit transactions of all guild members for the current and previous week. 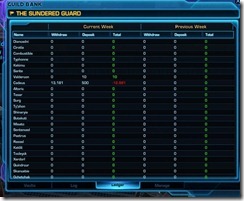 This is also only viewable by the guild leader. Here you can set all the permissions for each rank within your guild. You can set weekly credit allowance that your members can use to withdrawal, repair, and respec. You can also prevent certain tabs from showing to certain ranks and prevent some ranks from adding items to certain tabs.

Stack separately, when enabled, will count a stack items towards the withdrawal limit. With that option enabled, a stack of 10 items will count as 10 items rather than 1 item. 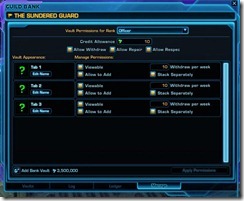 Speaking of repairs, with the guild bank, members will now have an option when repairing to use guild funds if it is enabled for them. In situations where the guild funds is not enough for a full repair, you will need to click on items to repair individually until you used up the guild fund.

Imagine that, free vehicles! Mount/Vehicles achievements have being a favorite of my so I was very excited when SWTOR added them in! To access the Mount/Vehicle achivements, you need to pick them up from a mission terminal right next door to the Guild Bank (the same place where you buy speeders on the fleet).

There are 4 achievement available currently, each rewards a different vehicle. 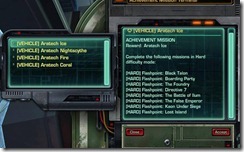 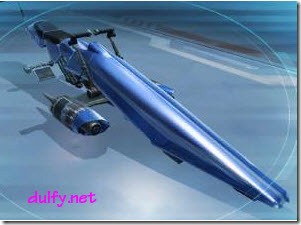 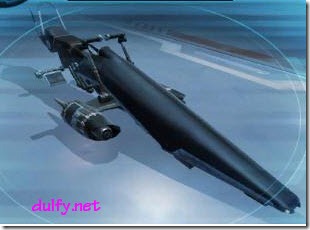 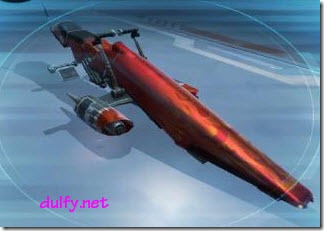 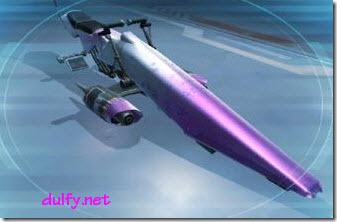 Personally, I cannot wait to complete these achievements once 1.2 goes live!

19 replies on “Guild Bank and Vehicle Achievements in 1.2”

Something  I’ve been wanting to ask someone testing the guild banks: What happens if your membership dips below 15 people? Can you have a 1 person guild with a guild bank, as long as you had 15 when you activated it?

Has Bioware said whether selling a guild is an enforceable transaction?  E.g., if I pay someone for a guild and then they don’t give it to me will Bioware do the Blizzard thing or the CCP thing?

Are they ‘achievements’ or actually quests, for the vehicles? They look like quests… and I abhor the 25 quest limit on the quest log 🙁

Quests, and yes they need to update the limit. It is getting annoying having to delete quests to get new ones, especially if you are carrying all those dailies.

uhh veichles looking like crap! Could use more of those

well it may only be 4 achievements and i’ll have them done in a week but at least it is a step in the right direction.  now they just need to come out with a whole ach pack ASAP with TON of ach’s

Just wanted to say, huge fan of the site, keep up the good work.  Second, I wished to contribute:

Unfortunately I ran out of money after buying the 5th tab, so no idea how much tabs 7 and 8 cost 🙁

From Kreslyn (not me) on the official forums the 7th tab is 30 million.

That speeder model sucks, why cant they think of anything original instead of just using different crayons all the time?

as of 1.3 ledger rights can be granted