Hey everyone, I know you guys have being asking for high resolution images of the new War Hero PvP gear ever since you saw those previews I posted. Thankfully, in addition to purchasing them via ranked Warzone Commendations, you can also craft these as empty orange shells! This took me a couple days as I had to level a synthweaver on the PTS. Luckily my alt, who also got transferred (by mistake hehe) is an armormech so I didn’t had to level an armormech as well.

These are images of the crafted War Hero set, schematics can be brought for 50k at the PvP vendor, for use by synthweavers/armormech. Synthweaver make the Warrior/Guardian  and Consular/Inquisitor set while Armormech make the Trooper/Bounty Hunter set and the Agent/Smuggler set.

All the crafted pieces are BoE and can be crit’ed to obtain an augment slot. You will need valor rank 70 to wear these.

A shoutout to these wonderful people on the PTS who helped me with wearing these sets so I could take these high res screensots!

If you like to see the color variations not listed here, you can see them in the preview window here.

What is shown is the Weaponmaster set for Marauders/Sentinel. The Juggernaut/Guardian set looks the same but has a different color scheme. 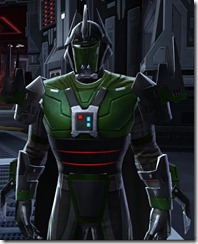 What is shown is the Combat Medic set for Commando/Mercenary. The Powertech/Vanguard set looks the same but has a different color scheme. 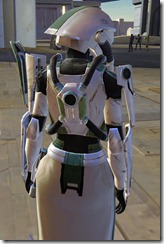 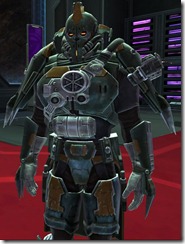 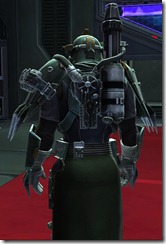 What is shown is the Field Medic set for Scoundrel/Operative. The Sniper/Gunslinger set looks the same but has a different color scheme. 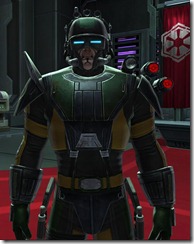 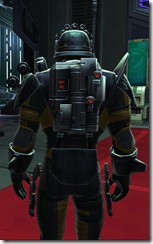 What is shown is the Stalker set for Assassin/Shadow. The Sorcerer/sage set looks the same but has a different color scheme. 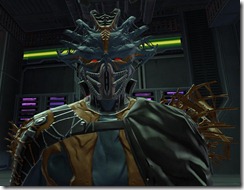 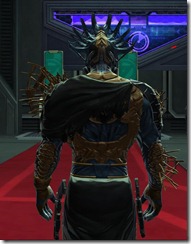 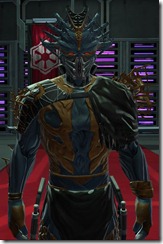 Hi Dulfy,
thanks for the images, looking forward to obtaining the sets. As mentioned in another comment, I would like to hear your opinion on PvP healing as a sorcerer in 1.2. I am somewhat worried that taking both free force regen and burst healing away cripples the class PvP-wise but I would like a well founded insight and rather not listen to the folks in the official forums.

Why did they make the sniper look like a Bounty Hunter? In Gonna have to rip out those Mods and roll Rakata.

thanks for those pictures. Can u tell me if I have to exchange “original” BM gear vs WH gear? Or can I trade empty / different modded gear, too?

I gotta say, the more I see of the inquisitor set the more I like it.

[…] of all of you loyal Star Wars: The Old Republic fans.  Dulfy worked very hard and was able to procure screenshots of the new War Hero PvP armor coming in Legacy Update 1.2. Hey everyone, I know you guys have being asking for high resolution […]

Very nice pics. Thanks for the hard work that went into these. Does anyone know why the Warrior and Inquisitor appear to have guns hanging from their belts?

Hehe, I had a bounty hunter to equip them and he forgot to unequip his weapons.

Sorry, won’t make that mistake again when 1.3 hits the PTS! 😉

Again, almost all of the negativity is directed squarely at the headgear. Fortunately you can turn that off. Maybe you should include pics without headgear in future albums.

I like the Trooper set, but I really want some purple armour.  The helmets in this game really need work.  There are so few of them that are any good.  This one looks good, but it’s too long making it look alien.

definitely, I never turn on helmets, they just too ugly looking lol. Some of the ones for sorcs do look nice (Tiara like for females, dunno what it is like for males)

My Sentinel has some good tiaras that go well with her hairstyle.  They fit my Shadow as well, but she has the hairstyle with the little piece of jewellery on her forehead.  It doesn’t always look right.  I’m not sure what it looks like on males either.

Hey Dulfy. Great site u have here.
I am an armormech – what kind of materials does it take to craft the War Hero Armor for Trooper? This is posted while servers are still down….. I am almost valor 70, and would like the War Hero outfit.

[…] Quote #1.)They are adding new orange recipes for us via missions.Edit: the new orange PvP recipes cover all the slots.  They require 70 Valor to wear.  I do not know if these new recipes will be for the same slots […]

[…] 1.2 War Hero armor–High resolution in-game screenshots Hey everyone, I know you guys have being asking for high resolution images of the new War Hero PvP gear ever since you saw those previews I posted. Thankfully, in addition to purchasing them via ranked Warzone Commendations, you can also craft these as empty orange shells! This took me a couple days as I … […]

Any way for an empire to obtain crafted republic gear?, would love the sage set on my sorc

I tried doing this with the help of a legacy alt.
However: The sage set is called the same as the sorc set, and upon transfering it to the empire side, the looks change with it.

Equiping the ‘sage’ set looks just like the ‘sorc’ set. In fact, they’re the same set 🙂
Seems the looks are faction bound.

Bummer the programmers forsaw that. Was looking forward to running around in a sage set.

Really, dies this look like Star Wars for you? For me its WoW Reject designs.

Why are the Empire images all using 2 Blaster Pistols?