Dailies and PVE gearing in 1.2

Hey everyone, with the release of 1.2, there is going to be a big rush to do dailies for credits and also leveling alts to gain benefits of the legacy system. I have created this guide here to help you with all the dailies (new and old) in 1.2 and also the ways to get geared up in patch 1.2 once you have reached 50.

Lets start with a nice big inforgraphic showing you the entire gear progresssion in 1.2!

Click on a link below to jump directly a section below.

Recruit armor is a set of PvP armor you can directly purchase at the PvP vendor for around ~300k for the full set. This is a good starter set, even for fresh 50s doing PvE content. The side bonus is that you can also jump into PvP with this set.

You might be wondering how it stacks with custom modded orange armor obtained from doing dailies. Below I will give you a comparison of 5 pieces, using the Recruit Force Master set (sorc/sage DPS) and custom modded gear using armoring/mods/enhancements from dailies. I am going to use the Slave Girl outfit as the custom armor base since it has 5 pieces and everyone is familiar with it!

Here is the character builder with Recruit 5-piece

Here is the character build with custom modded 5 –piece

How do they stack up?

Anyways, as you can see, the stats are not too terribly different between the two sets. Custom modded armor using stuff from dailies do offer you more options – you can sort of choose the stats you want.

If I were a fresh 50, I would grab the Recruit set first and then over the time as I do dailies, update them with custom modded armor.

Before we jump into dailies, let me offer you a nice chart with all the dailies tabulated for 1.2! 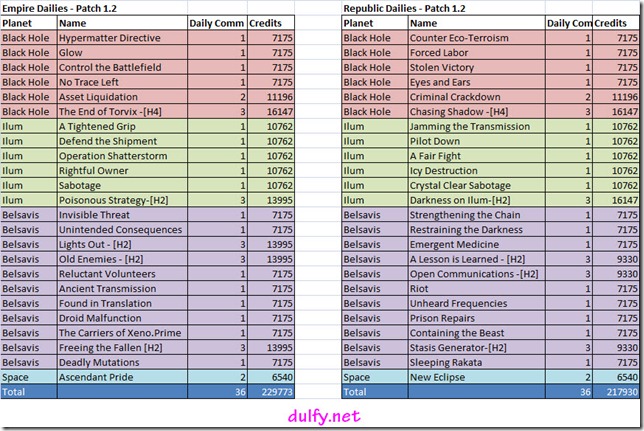 There are now three planets to do dailies in: Belsavis, Ilum, and with 1.2, the Black Hole area in Corellia. Keep in mind that Black Hole is a separate zone within Corellia and you will need to take a shuttle to get there (the shuttle is right next to the spaceport).

Why do dailies you ask? Campaign relics (better than the relics from Nightmare KP), and Rakata ear/implants for fresh 50s. The new Recruit gear has made the Q23 armoring/barrels/hilts you can purchase and the Q22 enhancements/mods from heroic dailies a bit less of an upgrade but they are still there if you want to completely customize your armor for PvE.

You can also get some legacy armor kits for your alts in your legacy. Artificers can also purchase some schematics to make the color crystals for weapons. Here is a list of the new stuff included in the Daily Vendor in 1.2.

Note: The relics are actually BoP (Bind on Pickup) and not BoE as the tooltips here indicates 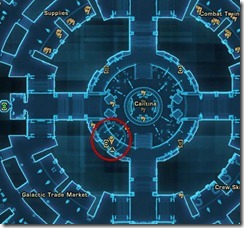 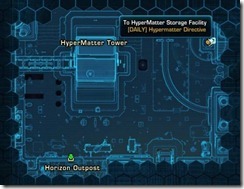 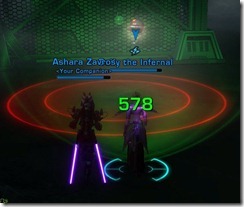 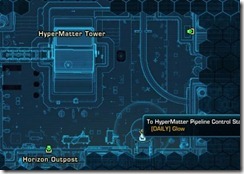 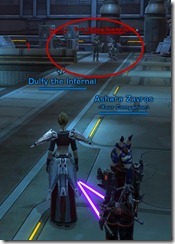 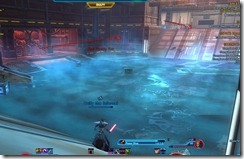 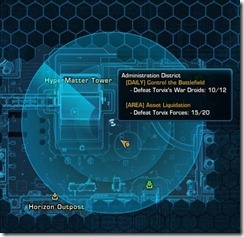 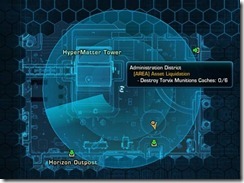 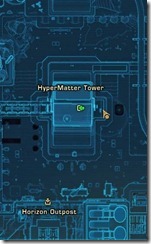 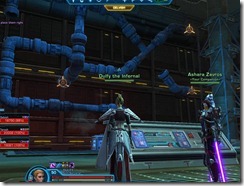 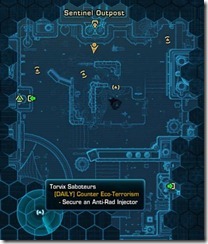 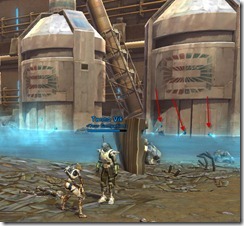 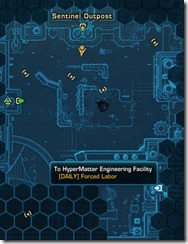 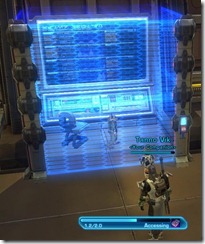 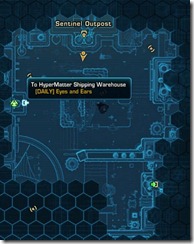 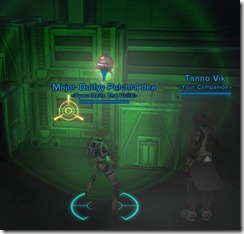 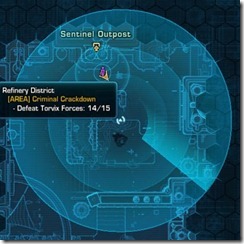 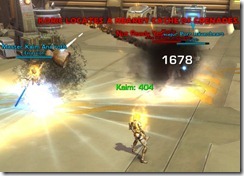 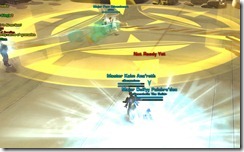 *Operation Shatterstorm have a multi-staged bonus quest that can be only completed once per character that grant you 13,995 credits and 2 Daily Commendations.

*Poisonous Strategy/Darkness on Ilum also have a multi-staged bonus quest that can be only completed once per character that grant you 2332 credits and 2 Daily Commendations.

You can get a total of 8 Daily Commendations and 67805 credits per day for all the Empire dailies. Republic dailies will grant you 69957 credits in total.

That is a total of 17 Daily Commendations and 99,395 credits for the Empire Belsavis dailies.

That is a total of 17 Daily Commendations and 85,390 credits for the Empire Belsavis dailies.

Just you thought you were done with your dailies, there is also a daily for the highest level space mission that rewards 2 Daily Commendations and 6540 credits. This daily is called Operation Ascendant Pride on the Empire side and Operation New Eclipse for the Republic side.

Starting in 1.2, there are no more daily lockouts for Hardmode flashpoints! This means that you can farm these flashpoints whenever you like!

All the hardmode flashpoints pre-1.2 will drop only Columi grade gear on the last boss. You can check out this guide to I wrote to see what they drop.

However, the new Hardmode flashpoint introduced in 1.2, Lost Island, will drop Columi grade loot on every boss and the last boss also drops Rakata loot (Rakata chest). Be warned though, it is fairly diffcult compared to previous Hardmode Flashpoints and you definitely need to have previous gearing from pre-1.2 Hardmode flashpoints or Warzones for a successful run.

Don’t forget to pick up the following weekly and daily from the mission terminal located on the Supplies section of the fleet. 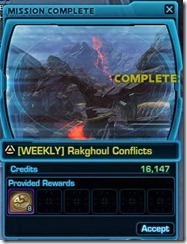 You can also pick up the Vehicle Achievement – [Aratech Ice] from the achievement terminal located in the GTN section of the fleet (next to the guild bank).

If you like to PvP, Battlemaster gear is also an alternative to running hardmode flashpoints for Columi gear. With 1.2, Battlemaster gear has no more valor requirement to wear. It can now be directly purchased via Warzone Commendations earned by doing warzones.

While Battlemaster maybe be lacking a bit when it comes to primary stats (i.e. willpower, endurance), it does have a bit more of secondary stats (i.e. crit, surge etc).

The new operation, Explosive Conflict, also drops Rakata gear on storymode (also known as normal mode). It drops some Rakata stuff previously only available to Daily commendation vendors like Rakata implants. Here is a quest list of the loot dropped off storymode EC.

Remember to pick up [WEEKLY] Deadly Operations which give you 20 Columi commendations for defeating either Gharj or Jarg & Sorno in Hard/Nightmare EV & KP. 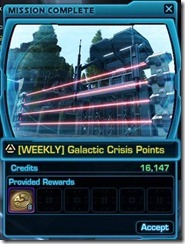 For Vehicles, you can pick up Vehicle Achievement – [Aratech Fire] from the achievement terminal located in the GTN section of the fleet (next to the guild bank), which rewards you with the vehicle for kill bosses in the three operations on storymode.

Black Hole is a new tier of gear (rating 146) introduced with patch 1.2. There are 3 variants: Black Hole MK-1, MK-2, and MK-3. MK-1 gear can be purchased directly from the vendor with Black Hole Commendations (weapons are not available for purchase unfortunately). MK-2 and MK-3 are dropped from Hardmode Explosive Conflict (MK-3 legs also dropped off the last boss of storymode Explosive Conflict)

The exchange rate is as follows

Where to obtain Black Hole Commendations?

The loot table for Campaign gear, once completed, can be found here in that loot list I linked earlier. Keep in mind that tokens for Campaign gear are not class specific (i.e. bosses will drop a helm token that any class can trade in for armor).

Unlike Black Hole gear, Campaign gear does have a set bonus. It can also be Reverse Engineered for a schematics, which allow it crafters the chance to add an augment slot if they crit while crafting.

The point of Black Hole gear is to offer a stats alternative to the campaign gear. If you are curious about what the stats difference between Black Hole and Campaign gear, check out this guide I wrote a couple days ago.

For Vehicles, you can pick up Vehicle Achievement – [Aratech Nightscythe] from the achievement terminal located in the GTN section of the fleet (next to the guild bank), which rewards you with the vehicle for kill bosses in the three operations on Hardmode (nightmare KP/EV should also work).

The BiS (Best in Slot) gear is going to come from orange gear with augment slots. You will need a crafter to make you an orange armor shell that has an augment slot. Then you can move your armoring, mods, enhancements into that orange shell and also add an augment for additional stats.