A write up of of the E3 SWTOR announcement with pictures and videos etc!

Is it an expansion? Do I have to pay for it etc? 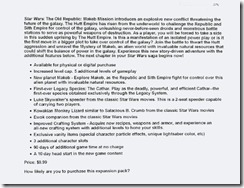 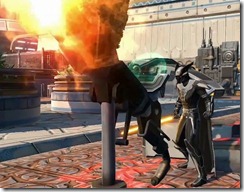 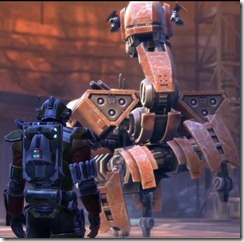 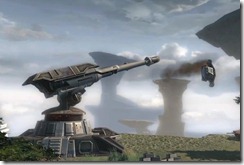 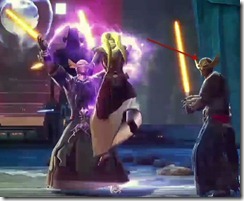 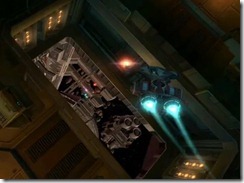 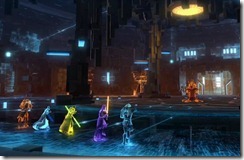 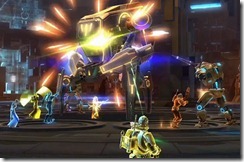 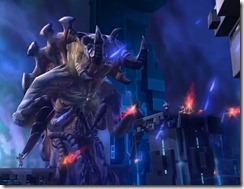 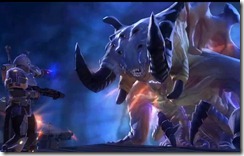 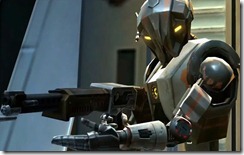 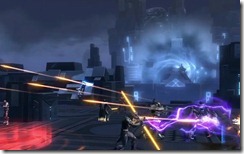 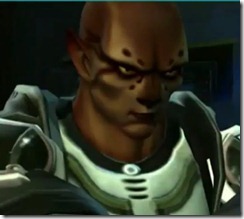 What you have posted as “new masks” are the Dread Lords, which according the torhead ‘patch leaks’ are the going to be the main villians for the next few patches.

HK-51=FUCK YEAH!!!
The Free trial to level 15= Hopefully, I can get my friends to try TOR now.
Cathar Race= Interesting, I’m wondering how they will integrated it with the Legacy system.
The Level Cap/Combat abilities: Give me a chance  to go back to my 50 Gunslinger again.
As for everything else… Well, Not to sure about that all yet. I wonder if we’ll get more of our class story on Makeb.

One of the surveys listed the level cap raise of  2 levels.

I don’t think those are new masks.  The Dread Masters look like that now. I’m guessing the new Op will have us fighting them.

Done the quest to free the Dread Masters 3 days ago. Say have aktually this new Masks. It seems thats are 5 different Mask styles exists.

3 things with “from the star wars movies”

Looking at the screens from the online survey’s, the *only* reasonable one is the first page which offers all those extras for $10, but even that is too much as it should be free.

If Bioware/Evil Arts ever release an ‘expansion’ which is more than $10 I will not be paying for it, despite being a Star Wars fan of 32 years and counting. They have my 6-month recurring subscription, that is paying for any ‘expansions’ right there.

Absolutley. That 90 day free sub’s is a 45$ deal for 10$ I will snatch this Up the second it’s announced for sale. Though with F2P out the current subs might not have to pay for the expansions at all

The different surveys are an example of conjoint analysis. Basically, by creating a series of combinations of the variables (new level cap, price, additional speeder, new species…), BioWare is testing to see what the user base most values. This will help them figure what to include in the expansion and what price to charge.

Indeed, but with SWTOR hemorrhaging subscribers like a man with no arms they hardly need to conduct market research on what to offer in order to keep them.

At the end of the day, Bioware has a history of making great games, and EA is, well, just an Evil corporation that was voted worst in the USA this year… which is not surprising to anyone. Poor BW, eternally damaged by such a union…

Hey Dulfy, I found your posts pre 1.2 very helpful for informing us on exactly what to expect and how to prepare. I am hoping you will do the same for 1.3 and looking forward to it! I personally would love to see exactly how augmentation kits are crafted to prepare for it. I am confused as to whether you get the recipe from the trainer (if so what & how many materials are required) or you RE 10 pieces of level 49 gear to create a kit (I’m armstech for example and could I RE 10 green level 49 blaster barrels which only require 2 Durasteel & 2 Zal Alloy/each or will I have to RE 10 green level 49 guns which require 6 Durasteel & 6 Zal Alloy/each?)

Here’s hoping you will be able to answer this! Your efforts are much appreciated!

Hey, I will definitely be covering 1.3 as well.

As for your question, you need to buy the schematics from your trainer and RE the stuff for the mats. I don’t think barrels/mods etc work for that but anythign else should work (i.e. guns). More info soon 🙂

Hey Dulfy, those “new masks” are the ones the dread masters were wearing at the end of Denova.

Legacy BANK would be SO AWESOME!

so if they are still going to do the making slicing items a part of this then are they going to be nice enough to let us train in it as well as keep the other requirements for our main craft. Example i have character the has the cybrtech but could not train in underworld trade and scav plus pick up slicing.?.

i think i posted to the wrong thread lol

i still want real friend id when is that coming out

[…] responding to someone, I ended up looking this back up. While it seems the initial idea of a specified Expansion may be gone (as Makeb and Cathar being […]