Hey everyone, City of Sun Gods is the second zone in Egypt that can be accessed via an door in the NE corner of Scorched Deserts. Mobs here drops QL8-9 green stuff.

This quest is a bit harder than expected, the last tier a bit annoying. It can be picked up from the Orochi camp in the NW corner of the map.

So the Lethal Perimeter Unit hurts and there doesn’t seem to be a way to get past it..

However, recall those humanoid trash mobs around the area? What do they drop when you kill them?

Tier 4 Find the owner of the sniper unit!

This part is quite fun. How do people avoid snipers in the movies? Moving from cover to cover right? If you see a big crosshair on your head, that means the sniper is targeting you so you better hide to the wall and stay in cover! 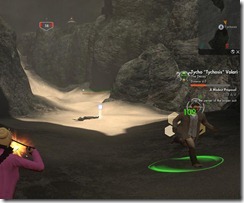 You will need to zigzag across covers until you can sneak up on the sniper!

Go to the Orochi camp, remember that those droids floating around will zap you and put you back at the camp entrance if you get too close to them (just don’t run in front of their beams).

You need to get inside the big tent, but the entrance is heavy guarded and who knows what is inside waiting for you?

What do you do if you see an Orochi tent? Hint: You go to the back!

Perfect! Still is it a good idea to go via the front entrance? Look at the tent, you see a big hole anywhere?

Once you are inside and have accessed the main frame,

don’t forget to pick up the lore object there! 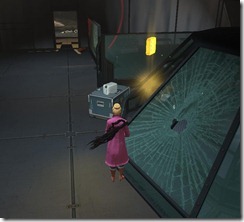 Tier 7 – Recover the Aspect of Hemitneter

This one took me a while to find.. but it is inside a tent!

Tier 9: Fight your way into the heart of the pyramid

This part isn’t too bad if you have an AoE damage spec as you will be dealing with waves of cultists. They have low health (1.2k each) but they come in pack of 5s and can deal a lot of damage if they swarm you. I have an assault rifle spec I use which give me a couple of nice AoE abilites at a cheap AP cost (Fire at Will, Slow the Advance). Try find abilities that hinder group of mobs so you can kite them if you can’t take the damage.

For this fight you will need some DPS gear as Akhenaten will heal to pull and reset the fight if you don’t get him down to a certain % in the amount of time you are given. Put on your biggest damage abilities and stack some health as well in case you can’t run out one of his special attacks quick enough. Akhenaten hits like a pillow and fight is more about avoiding his special attacks than anything else.

There are some abilities of his you need to be aware of.

Spirit of Thutmose give you Song of Glory, which give you increased critical, penetration and hit rating.

Spirit of Houy – give you a small heal.

Make sure you know the layout of the room well. 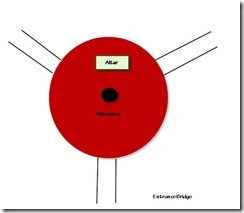 The best advice I can give you is to fight in the middle of the room and watch the ground. When you see a small circle appear under his feet, point your camera at one of the bridges and its background – if it becomes whiteish you know that bridge will become hollow. If that happens, immediately switch your camera to another bridge and examine it. If you have enough health (I had 4k HP) you can survive the hit even if you don’t make it to the end of the bridge. It seems to do less damage the further you are away from Akhenaten. Make sure to have some heal pots to top yourself up if you do take a hit. 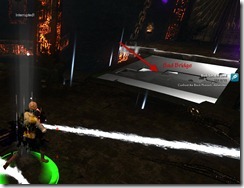 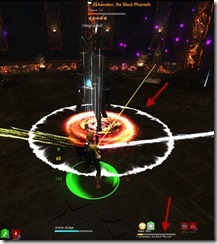 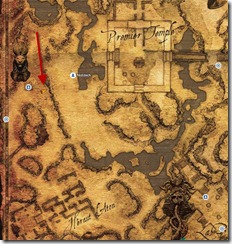 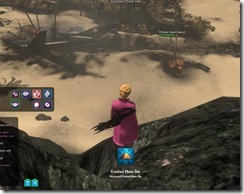 This is a quested you can get from the Orochi camp at the very NW corner of the map. It is a infiltration/stealth mission.

The computer is inside the camp but there is no password for entry…Or is there? Look around the camp, pay attention to the ground, see if you can find something..

The data is located in the little tent near where you picked up the quest from.

All of the items can be picked up from the big tent. The issue of course is getting to there. The front entrance is well guarded.. but what about the back?

Hint: There is something to click, and some crates to jump on top of!

This is a stealth mission picked up from Nefertari the Younger from the bottom west section of the map. 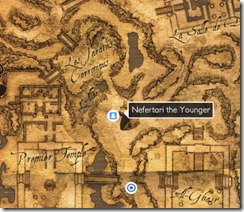 So this quest was previously bugged on 6/7.. Now if you just unpaused this mission, you might have trouble finding the entrance to it again! 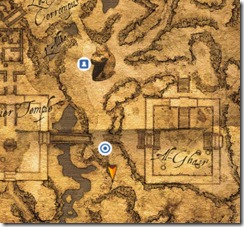 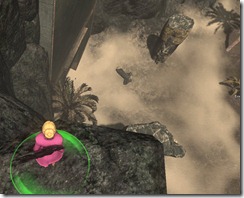 Tier 1 Find a source of light

It is at the entrance in the ground!

Tier 2 – Finding the missing link to restore the barrier

Hint: Look closely at the statue.

Tier 4 – Finding a missing link to restore the barrier

Hint: Look at the corners!

Tier 5 Use the barrier to defend the site

You need to click on each of the node thingie so they rotate their beams and focus it on the center. This is the way to do it before it got bugged. However, if this doesn’t work, you need to try this solution provided by Michael

Solution to the bug: There appears to be a visual bug with one of the nodes. Try aligning it this way and it might update the quest.

Tier 6 Find away to reactivate the defence barrier

For this one, you need to look on the walls, you will see those clickable node thingies. There are quite a few of them all around the room. Click on them and then click on the center thingie and the barrier should now activate! 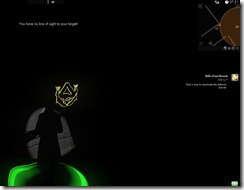 This is a quest obtained from Amir on the NE side of the map.

Tier 2 Entice the head scribe to show himself..

What is the best way to piss a scribe off?

Tier 3 Find a way inside the tomb

The mission marker is a bit misleading, it should point to the door to the tomb. You need 3 pieces, all of them drop from mobs nearby.

Mostly this quest had me stomped because I thought I needed the top left tablet piece as well and couldn’t get any mobs to drop them.

Tier 3 Search for help in the world of the spirits

So you probably just got owned by an army of mobs – this quest seems impossible to solo right?

Wait.. what does the quest objective say now?

Hint: Maybe you are not meant to survive that!

Use to use the portals when it asks you to!

Tier 6 Lead the warriors through the canyon

For this part, you gotta be alive!

The Eye of Horus

This is a group mission! You can try to solo it but you find it very hard.. or impossible if you glance a lot. The mobs heal everytime you glance.So make sure you find something in your build that reduces the chance to glance or something!

Tier 1 Combined the fragments on an altar of binding

The shard fragments are dropped on the ground after you killed those Keeper mobs. The altar of binding is actually at the top so don’t wander around aimlessly looking for it at the bottom! 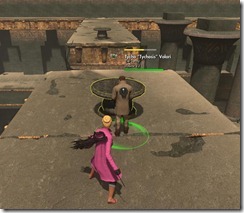 A lot of people seem to have trouble finding him. I am guessing this is because he has a fairly long respawn time after being killed! He actually roams around in the left “square” all around the perimeter. You should be able to spot him from the altar of binding. He paths near the statue thingie as well so just keep looking there. 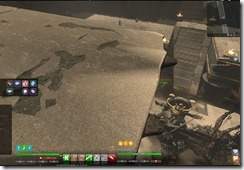 To get credit for the kill, you must make sure that you have the eye of Horus buff on you when you land the killing blow. This buff only last 30 seconds and due to the glance heals the fight can take longer than expected. Make a new bag in your inventory, lock it, put the item in that bag so you can keep clicking it. Do not make the mistake my friend did and forgot to put on the buff five times in a row.. 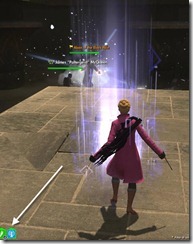 Tier 3 Kill Hazat, General of Aten, while under the protection of the Eye of Horus

If you do not have the Horus eye buff on you, you will be silenced everytime you try to hit Hazat.

Quest picked up from Nefertari at the north side of the map.

Judge the soul of Aspirants and Initiates with Nefertari’s scales

Note that not all the mobs have souls-  Akh does not always spawn after you killed one of the quest mobs. You will need to quite a few of them. Sometimes you can get very unlucky and kill 5-6 of the quest mobs and none of them have a soul!

Once the mob dies and the Akh pops out, just target it and use Nefertari’s scales from the inventory 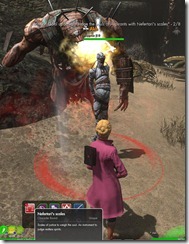 The Way of Things

This is a quest obtained from Amir on the NE side of the map. 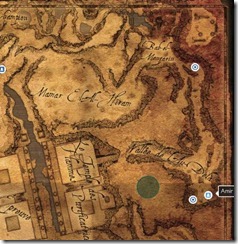 Let me give you a little hint with this mission, you see those clickable thingies on the ground? Clicking on them will spawn a NPC that helps you and give you a buff that allow you to kill mobs there much faster. The mob density is quite high inside so you will need all the help you can get! 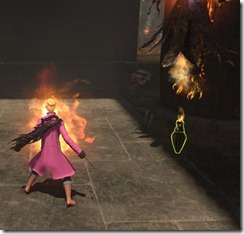 Tier 2 – Complete the Ritual of Flame

I will admit this part had me stumbled for a bit. I tried to clicking on the random icons and kept getting knocked down on the ground. Let me give you a hint: start with the symbol at the door and follow the fire to the next one!

Tier 3 – Stop the Ritual of Stone

This one is fairly easy, just destroy the vertical pillars. If you don’t see them like in the screenshot, you may need to wait for it to respawn (someone probably did it before you). 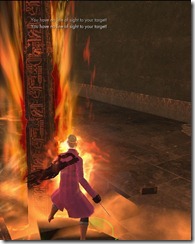 This part I did it by pure trial and error. Apparently the sequence isn’t the same for everyone.

Hint: You need to find three symbols that are only on one pillar each and click these in any order (thanks for the correction by Dion ) 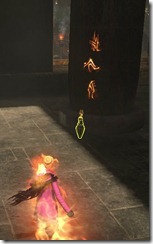 You only have to click three pillars for it to work! 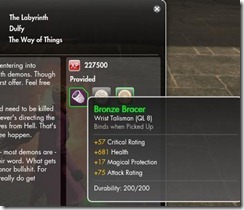 This one is located on the SE corner of the map, right next to the Agartha entrance. 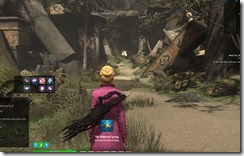 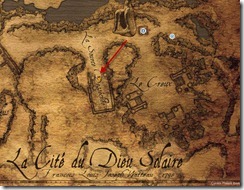