Hey everyone, Ankh is one of the two new dungeons introduced in Patch 1.1 Unleashed. It is a bit more difficult than the previous three Nightmares and will require some gearing from them to succeed. 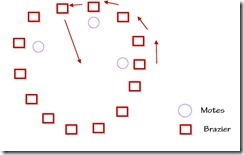 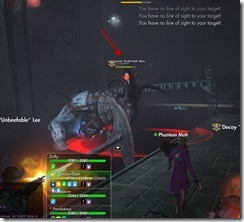 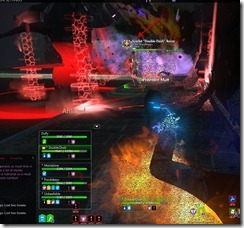 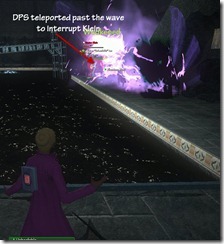 As the second healer for the Doctor fight, I run three cooldowns; Radiance, Backup Drone, and Deadly Aim. I only need 2 for any one Shroud, but the second and third Shroud will come up before the drone or DA finish cooling ( I could use Greater Good instead of DA, but I like to have the boost to our DPSers. )

To me, it seems that it’s best to pop Radiance first, then one of the other two. ( Usually the drone for the first Shroud — seems to me that the first one hits harder. ) And I save my 3rd CD for the next Shroud.

As the healer healer, I usually try to get a few heals off on our tank before I start healing her. With her shield on, it buys her some time to get some heal aggro and helps keep the Doc from bouncing between the two healers. He stays glued on the tank for the next waves.

And it seems that the longer the fights go on, the more likely Klein will do a double wave/mote thing and will pretty much wipe the group.

Hi Aive here 🙂 Gonna make sure all my guildies read this so we can get this done too. Also I see I’m in the last video :O But it’s cool playing with you folks, also these guides are pretty awesome for us.

By the way, on Doctor Klein he can be impaired to avoid the “nasty” combo, but the “nasty” combo is also health based and serves as sort of a soft enrage. If you only have one Impair though, there is a risk he might do Dream Shroud and your Impair won’t be up however.

Also, on Melothat you actually can run ahead and break the second door (I usually do it with the healer in my group, that is we leave the 3 dps behind and I run ahead to pick up the Orochi with my healer and I slowly break the door). The judgement thing he does is from lack of dps.

Hi mate 🙂 We have done Anarchid with killin 2 adds at start. It was less stresfull for everyone. I think killing 1 Orochi ops on Collosus would be great too. How much HR and Heal Power you have?

Hey! I just check out the vid of our Dr. Klein kill (this is Unbeefable). Cool stuff =)

P.S. – I like how my Phantom Mutt has some nice camera time in there too lol.

he is checking out Melothat’s enormous cleavage! 😛

Regarding the DPS picking up an interrupt, why are you limiting yourself to melee (i.e. swords)?
Blood offers Cardiac Arrest which should be able to do the interrupting from a much safer distance.

Blade’s was recommended at the time because we were using Spiral to teleport past the big wave, making it easier/safer than virtually any other combination.

However, nowadays it’s even much easier as there’s more public knowledge. You don’t need to Impair him, Hinders will work and so will pulls (Chaotic Pull, namely, which also work’s on the adds in the burn phase).

Additionally, you can actually just stand behind (or off to the side) Doctor Klein and not take damage

Anyone know how to get the glowing trail on the tank’s blade?

That’s the result of a skill in the blade tree…. it’s not a permanent effect of any kind.