Guild Wars 2 Ascalonian Catacombs dungeon guide for the explorable mode, which is available to characters level 35+ and rewards 30 Ascalonian Tears per run. There are three paths: charr, human, and asura, with the charr path being considerably easier than the other two and a good option if you are looking to farm Tears. Note that this guide currently covers only the Charr path but writeups for the Human and Asura will come shortly.

The Ascalonian Tears are used to purchase level 30 rare dungeon armor and level 60 exotic armor and weapons. In addition, the tears are used for the crafting of some of the legendary weapons and provides an incentive for level 80 players to run the dungeon.

Keep in mind that all the fights up to and including Lieutenant Kholer are identical between all three explorable modes. It is only the fights after Kholer that are unique between the paths.

The 2nd option – Detha’s Plan – trap and kill the Ghost Eater is easiest path of all three. Hodgins (human) and Tzark (Asura) paths are considerably harder due to the wonky hitbox on the graveling burrows, which cause melee characters to miss a lot of their attacks. You also need good group coordination to kill the burrows in a specific manner. In terms of Hodgins and Tzark, we found the Hodgins path to be slightly easier of the two. Once you get past the first boss encounter in Hodgins’s path, the rest of the dungeon is fairly easy and the final boss is a huge push over.

All three paths differ past the Lieutenant Kholer encounter, each having an encounter that reset if you fail it.

This should be fairly self-explanatory but may catch new groups off their guard. Once you have picked your path and head down the stairs nearby, your group will be presented with a Graveling Burrow at the buttom of the stairs that will keep spawn Graveling Hatchlings unless you destroy the Burrow. Once you made past the traps in the room after the burrow, you will encounter another staircase that leads down to a room full of spiderlings. It is recommended that you do not take the stairs and instead jump off to the sides as there is a fairly nasty trap at the bottom of the stairs that tend to one shot players and anyone trying to revive them. 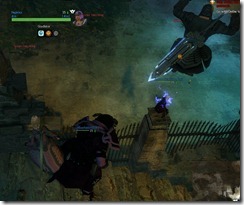 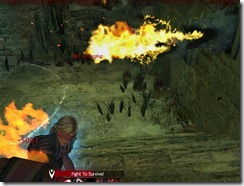 You have a couple of options for dealing with the spiderlings. You can fight them in the big room down below by having everyone jump off the sides into the big room. This might be a viable strategy for some groups but we found it was a bit messy as all the spiderlings are spread out and there isn’t a lot of places to hide in the room from their poison attacks.

What worked for us is to have someone with long range aggro the spiderlings while standing on the top of the stairs. This will draw them to the stairs and essentially funnel them into a tight column that allow group members to AOE them down rapidly. It essential to not go down the stairs too much as you will be in range of the fire traps and risk getting one shot.

Regardless of what you do, make sure to kill the traps on the walls in the spider room that spews out fire. You don’t want to deal with the Spider Queen and the traps at the same time. They tend to be on the right wall (as you face the Spider Queen) and we just kill them in a counterclockwise direction.

After you killed a batch of spiderlings, the Spider Queen will spawn. It is time to jump down into the room and mop up any spiderlings that are still alive. From personal experience, I had a harder time dealing with the Spider Queen as a ranged player as her red poison circles were hard to dodge since they are often overlapping and cover a large area. Instead, if I were next to her and in melee range, I could simply run through her to the other side to avoid her poison spray. 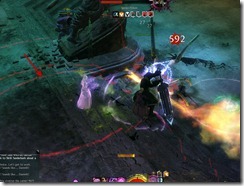 This is a fairly difficult trash pull that a lot of groups tend to have difficulty on. You have a group of 4 graveling mobs: 2x Scavenger, 1 Howler and 1 Breeder. Typically people tend to focus on the Graveling Breeder first as it spawns hatchlings. However, we found that it was a lot easier to kill the Scavengers first as they have a knockdown that will essentially pin party members down to the ground and kill them unless they can break out using a CC breaker.

Do not fight the Graveling in the tunnel as it is filled with traps that will instant-gib unsuspecting melee players. Instead, pull them back close to the entrance of the tunnel  so that they are in a tight column for  AoE and well away from the traps at the back. 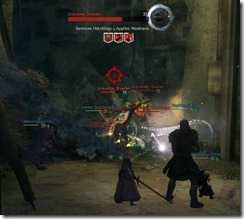 For the traps after the graveling packs, have one skilled person run up the tunnel and take a left after they reached the top to use the lever to turn off the traps for the rest of the group. Having the entire group running through the tunnel can be dangerous as there is a higher risk of someone getting killed by the traps.

Cave Troll is a random event that tend to occur right before you fight to Kholer but it is entirely random (sometimes the Cave Troll can spawn where the Spider Queen is, making the fight a lot harder and other times it may not trigger at all).

The big thing with the Cave Troll is his massive knockdown, which can be blocked or avoided if you dodge out of the red circle in time. The knockdown area is a lot bigger than the circle, so you may need to get well out of the range of the circle to avoid it.

Lieutenant Kohler can bring the pain to unprepared groups. He comes with two adds that can be avoided since the adds have a shorter leash range than the boss . Have your group position well away from the stairs and have one person pull the trio and then run back to the group. The NPC (Detha) will likely engage the trio on the stairs, allowing you to tag Kohler and lead him back to the group while the two adds reset after they have killed Detha.

The mechanic that Kholer uses that devastates groups is his pull, which has an animation preceding it. Kholer will bring up his sword into the air as if he is charging up for an attack right before he pulls you in. 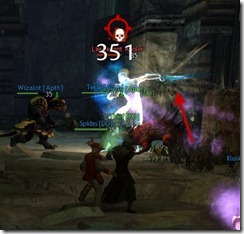 Once you are pulled in, you will most likely go immediately into the downed state with cripple, vulnerability and poison conditions applied on you. Luckily, there are a couple ways you can avoid his pull.

1) Block: a lot of classes have skills that can block attacks. These skills are perfect to counter Kholer’s pull. Mesmers for example, have the Illusionary Counter skill from the scepter, which can be timed to block the pull. Guardians and Warriors have groupwide Aegis skills (i.e. Virtue of Courage) that can be timed to protect the group.

2) Projectile reflect: The pull counts as a projectile attack and can be avoided if you have abilities that reflect projectiles. Guardians and Mesmers are well equipped to handle this as well (i.e. Feedback from Mesmer).

3) Stability: Stability makes you immune to crowd control skills, which includes Kholer’s pull. Mesmers have Mantra of Concentration that can be used for this if you are not using a scepter.

4) LoS: You can play hide and seek behind the stone pillars. If you see his pull animation, sidestep behind a pillar and come out to DPS once it is safe.

Once you got the pulls down, the boss isn’t hard at all.

This is probably the easiest and shortest boss encounter in this dungeon, assuming you know what you are doing. There are 5 traps that can be activated to fight against the graveling swarm. We typically have 4 people on the traps (one person handle both traps on one side, the trap in the front is typically more useful) and have 5th person stand in the middle of the room to bait the Graveling Breeder (that 5th person should typically be beefy like a guardian or warrior).

The idea here is to kite the Breeder in a circle around in the trap area while the rest of the group utilize the traps to kill off the gravelings and the Breeder. Keep in mind that traps only damage mobs if they are activated while the graveling are running over the trapped area. Activating the traps before the graveling get there does nothing. The picture below illustrate the rough area each trap covers. 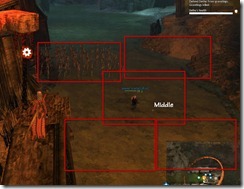 This encounter basically test your ability to manage waves of adds while the NPC repairs the mortars.  You get three waves, one for each mortar being repaired. The mob composition of these waves are random but you can expect at least 4-5 mobs with a variety of melee and ranged. Note that you can use the Frost Mortar Cannon even while the NPC is repairing it and it applies Chill to mobs, which decrease their movement speed and casting speed by 66%.

As always, kill the rangers/elementalists first as the melee mobs like warriors as can chilled and crippled and kited around.

This is a rather easy fight but can take a while since the boss has a lot of health. You have three mortar cannons to play around here. Ideally ranged characters should stay on the mortars as they can get off the mortars and do some DPS as well. The only exception is maybe the Frost Mortar Cannon as you will want one person to be on that mortar full time to apply Chilled to the boss and the adds that he spawns. Melee characters can run around kiting the boss in a circle within range of all three mortar cannons.

The boss will spawn little adds called Ectoplasmic Ooze that doesn’t have a lot of health and should be killed by AoEs from the mortars or you can target them individually to kill them. If left unattended, you risk them running around damaging  players on mortars and finish off any downed players. 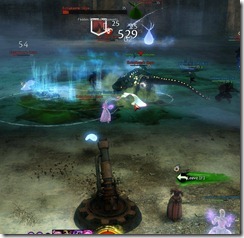