Go to Loreclaw Expanse waypoint in the SE corner of Plains of Ashford. Here, you will see a slope that lead you up to a cavern. 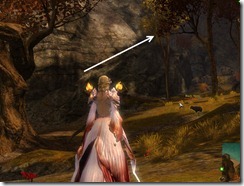 Jumping past the first gap will lead you to a second gap with 4 spike traps in front of you. You will want to wait until all 4 traps show up and the first trap start to disappear before jumping over. This will allow you to simply run through and jump to the window to your left right before the last spike trap. Each trap hits for ~1200 HP, which won’t kill you but getting two traps in a row will down you instantly. 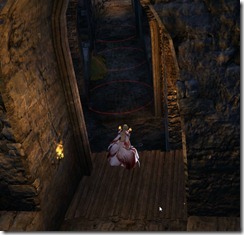 After crossing the narrow beam after the trap, you will need to head up and hop over to the building with all the fire traps. 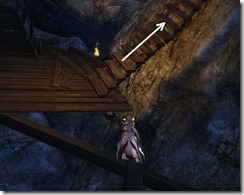 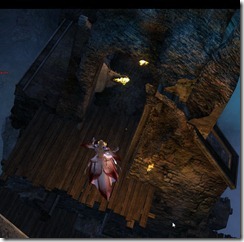 Passing the fire traps can be a bit rough, you will need to time it correctly and remember that there is a gap after the last fire trap so you don’t fall through. The trick with the firetraps is to run immediately after the first set of traps stops firing. You will be able to make it past the second trap before it starts firing. Swiftness will definitely help here. 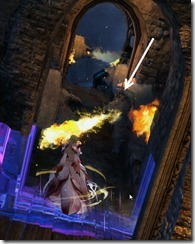 After the fire traps, the hard part is over. Climb the stone stairs on the wall and dodge the boulders along the way. 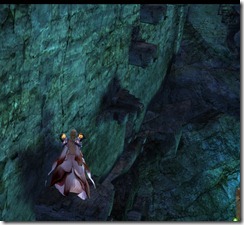 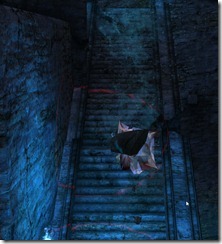 Head to your left, you will see a pair of ravens nearby a waterfall. There is a ledge right behind the waterfall so simply jump towards the left from the middle of the two ravens. 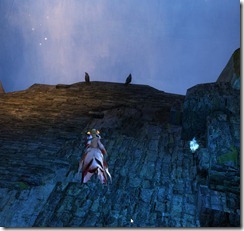 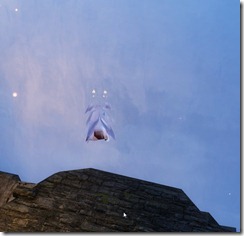 You will enter a room with a chest, opening it will spawn a mob that you must defeat. After doing soon, climb up the wall via the steps on the wall and look for a button up top that you can step on to open up the wall behind the fake chest. 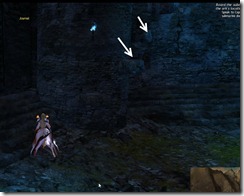 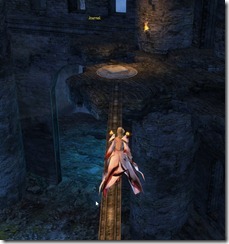 What a shit puzzle. Terrible design, very dissapointed. I have fun with them, but this one forces you to use youtube and die a stupid amount of times.

[…] also drop from Loreclaw Expanse jumping puzzle in Plains of […]

You don’t have to go through the fire. Instead of turning left and walking the beams, continue forward and jump over the chasm under the stairs with falling boulders.

This JP is much better than others I have done (and I suck at them) but ya I would never have figured it out if not for you Dulfy. However I did not see the button or the door but others doing it showed me the way. It is a hole in the wall .. hard to see but pretty big. I expected to SEE it open up but I did not see it. Anyway thanks for your help! Now I have only one more wintersday tree ornament to find 🙂

Also I alt tabbed to type this and when I got back in I found out something else… do NOT afk at the chest. The ceiling falls in on you and it kills you. Another player and I found this out the hard way … oops. THAT hurt.

cannot get the button to work when stepping on it?