The nearest waypoint is probably Almuten Waypoint in the north. It is a long run back if you die during any part of the puzzle. You will find a hidden cavern in the spot marked on the map. 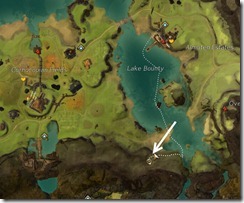 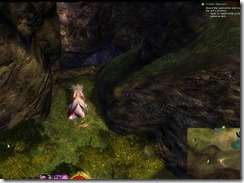 You will come across a sign that says Greed is dangerous not far from the entrance. This is the warning that the chest in front of you is a trap! Instead, jump in the water and swim right past the dragonhead traps. 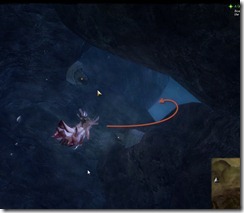 You will want to turn a left past the traps and swim down. If you look up, you will see an opening at the top that you can swim through. This will bring you across another set of traps and allow you to surface. 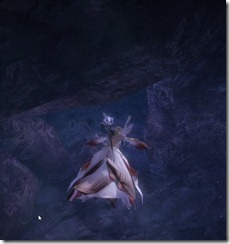 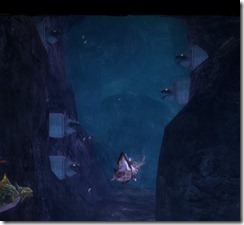 You will see a whole bunch of ghost pirates once you surfaced, kill them and lit the first torch. 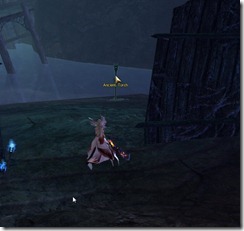 Don’t jump into the water just yet, you will need to lit three other torches before a wall underwater opens.Take a left and jump on the rocks. This will grant you access to two levels, both filled with pirates. Each level have a torch that you can lit after you defeat the pirates.I recommend that you lit the one on the bottom level first and then go back and hit the top level torch. 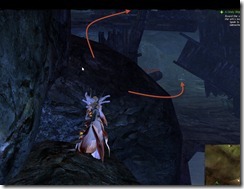 After you lit the torch at the top level, you can jump down on the roof of the houses to your left and lit the last torch marked here. 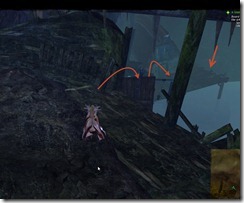 After all four torches are lit, the top level will spawn a veteran mob that you will need to defeat. Doing so will unlock the wall underwater. 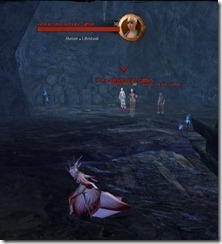 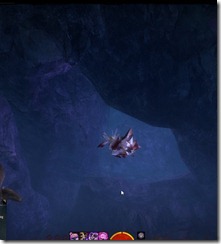 Going through the new opening underwater will lead you to surface. Once there, you will need to run past some skales and dodge the falling rocks as you run up. 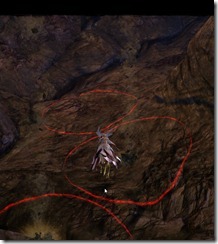 Finally, after you get out, you will want to grab the moa feed to your left. This feed will give you swiftness that you need to jump across a gap and allow you to open a chest without a pack of hostile moas chasing you. 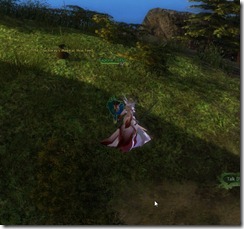 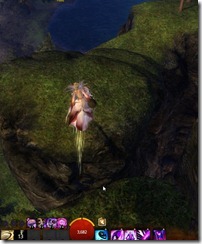 After you get to the Moa area with the chest, just drop the feed on the ground and all the moas will come running for it instead of attacking you! 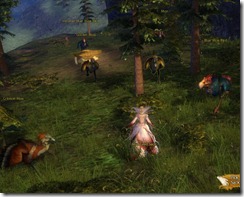 It doesn’t mention that the damned torches go out after a very short time.

You can skip the whole puzzle and use an experimental rifle near the end aswell!