It is recommended that you run to the puzzle from the Ice Floe waypoint in the west as it is the shortest path. The puzzle entrance is underwater and there may or may not be an ore node at the entrance (varies from server to server). 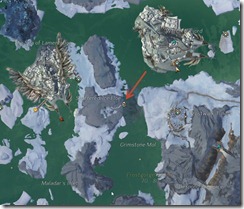 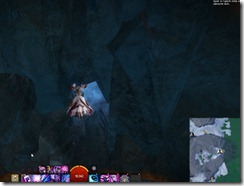 You will need to swim past some skales in the water before you enter a large cavern filled with snow trolls. Take a left and run up the stairs. 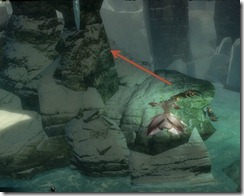 Run past or fight your way through two oozes. 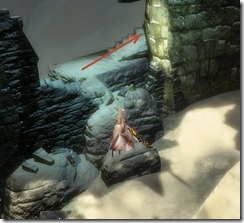 Once you get up top, make these three jumps. Last two jumps will require swiftness if you are in combat. 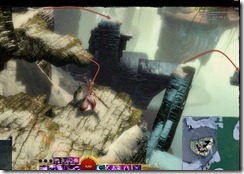 The troll portion is fairly annoying, you can fight them but the veteran snow troll is fairly tough and loves to put you in crystals while he pounces on you. The best way is to just run past them. As long they can’t hit you (they are melee), they won’t put you in combat. 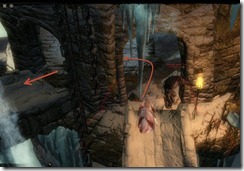 You will need to be out of combat or have swiftness to make this jump after the trolls. 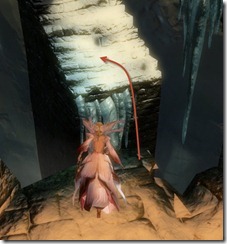 Once you get past the trolls, it is time to face the oozes. These mobs are ranged so they will most likely put you in combat. You can make the jump after them with swiftness if you like to skip. Otherwise, kill them so you are not put in combat. 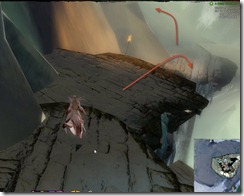 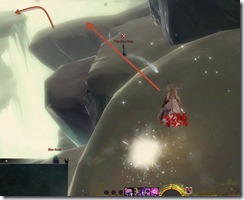 The last jump will take you to a veteran ooze, which you can run past and jump to the tower with the veteran troll. 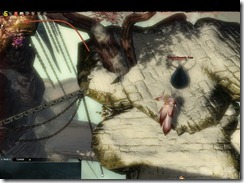 The veteran troll can be easily skipped, just run up the stairs past him and relog if you need to exit combat to make this jump. 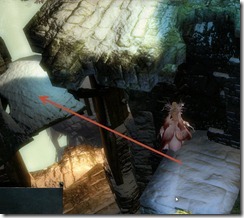 Keep going up and the chest is up top!

I care to add that in the chest area there is a diving spot. Just look for the googles.

Indeed! Saw this while doing my dive master achievement 😀

Something to add I just came across was if you walk just past the chest at the top you will see a pair of Diving Glasses which counts toward the Diving achievement! Hope this helps

[…] Floe Waypoint SW of the dungeon entrance. You will need to complete Shattered Ice Ruins as the dive goggles are at the end of the jumping […]