A guide to haunted door locations required for the Halloween Huntin’, Trick of Treat bags opened, and Emissary of the Mad King achievements as part of the GW2 Halloween event.

1. What are Haunted Doors?

Haunted Doors allow you to complete two Halloween related achievements in one go and also reward you with candy corns in the process. The candy corns can be consumed for your monthly achievements or used to power your Candy Powered Matter Meter for the Shadow of the Mad King scavenger hunt. 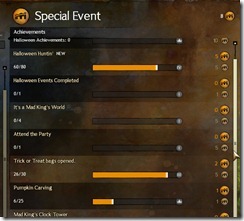 For the Halloween Huntin’ achievement, you have to chase down haunted door locations scattered around across multiple zones ) and kill monsters that they spawn. You will need to kill 150 monsters that spawn out of these doors to complete this achievement.Some haunted doors are a bit buggy and spawn monsters that disappear a second or two after spawning. Just move on if that is the case for you.

The best doors are those that spawn with an event requiring you to defeat multiple waves of plastic spiders or a veteran skeleton. These ones (especially plastic spiders) adds a lot to the Halloween Huntin’ achievement and rewards you with karma and coins at the same time.

Some haunted doors may not spawn monsters and instead drop a Trick or Treat bag for you. Monsters that spawn out of the Haunted doors also have a chance to drop Trick or Treat Bags. These bags will counts towards your Trick of Treat bags opened achievement.

The following scenarios can occur when opening haunted doors 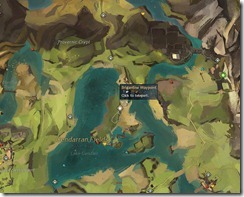 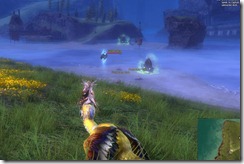 Lionbridge Waypoint – Doors north, south, and east of the waypoint. Does require a bit more traveling. 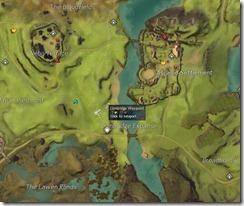 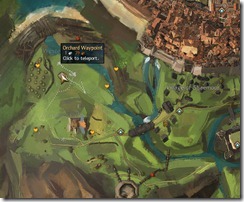 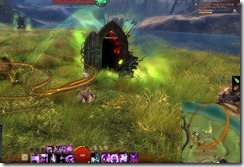 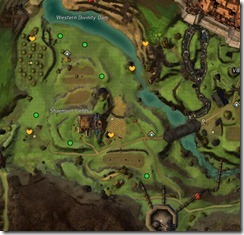 Overlord Waypoint on the west- multiple haunted doors to the south and east on the shore. 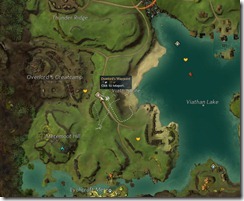 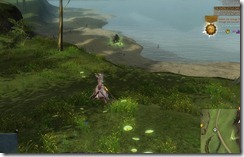 theres also one in the cave near mephi’s ranch? inside where the moas are.

The plural form of corn is corn, not corns.

there is no plural form for corn, actually

When referring to corn in the plural, you say “Ear’s/Cob’s/(etc.)’s of Corn,” not “Corns.” But when talking about the sweets, the individual pieces are called “Candy Corn,” making the plural form “Candy Corns”

i so enjoyed that you tried to lecture on grammar while using apostrophes in all of your plurals. nice job.

He/she makes a good usegul guide and you get hing up on grammar? Jeez
Nice work Dulfy!

Are these doors still spawning in the open world this year (2015)?
I checked all the Queensdale locations on the map and found nothing.
The only place I have seen the doors is in the Labyrinth.