Take the Arundon Waypoint at SE corner of Frostgorge Sound. From here, head NE towards the heart and then go SE once you reach the heart and look for a cave entrance. 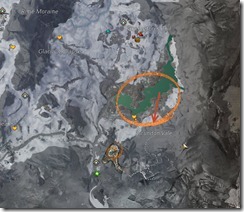 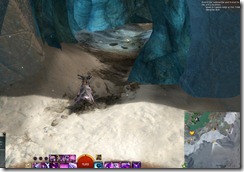 Inside is a series of long tunnel with a couple of grawls. These grawls can be skipped and most likely won’t kill you. What you do have to watch out however, is the red circles on the ground. These red circles can almost instantly down you if you don’t dodge out of them. 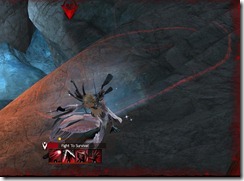 Pretty soon, you will see Tattered Journals scattered on the ground. There are three volumes in total and the other two volumes can be obtained at the end. 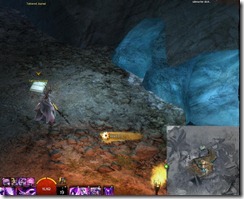 You will need to defeat two veteran grawls guarding a makeshift gate to proceed further in the tunnel. At the end of the tunnel is a champion Giant Blue Ooze guarding a chest. Running towards will grant you the achievement! 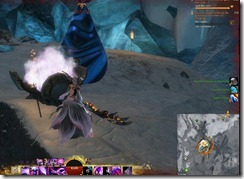 The veteran grawls always agro in pairs. So I didn’t end up killing any of them. I attacked the makeshift gate and ran through. Careful of your health though. More red circles and tons of oozes on the otherside. I’m a warrior with a shout build, so that helped a lot.

On a ranger, you can sick you pet on the champion ooze and loot the chest…