A guide to GW2’s Charitable Charr, Black Citadel  version of Tixx’s Infinirarium. This instance was first opened on Dec 17 and gave out the achievement Charitable Charr and the Toy Soldier Frame for those who completed it. It is designed for a 5 person dungeon but can be done with less.

Go to Black Citadel, the entrance is at SE part of the city near Junker’s Waypoint. 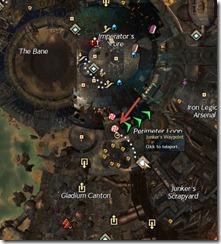 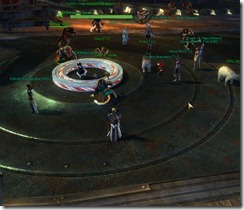 1. Collect plant food near buildings for the Ventari toys – 15

If you are not sure where the plant food are, look at your minimaps, the plant rough locations are marked there. Beware of skritt foragers stealing them. 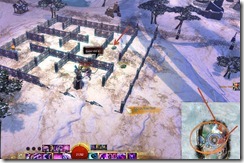 Grab the plasma paint cannons near the cannons and chase down princess dolls with the white dress. For the last couple dolls, the minimap will ping you with their locations

4. Retake the princess doll’s hamlet from the skritt

For an easy way of doing this, have everyone but one person stay inside the circle. Rest kite the skritt around outside the circles. As long the circle is blue, the progress bar will fill.

5. Defend the toy Ventari from the princess dolls –5 Ventari toys

Make sure that all of the Toy Ventari don’t die or you might get kicked out of the dungeon. 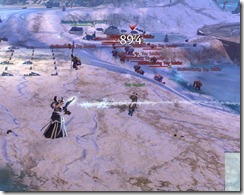 7. Draw Toxx into Toy Mortar fire to stop her rampage. 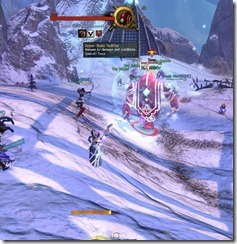 Mini Toy Solider – He has a pretty cute marching animation 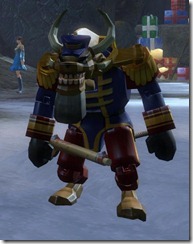 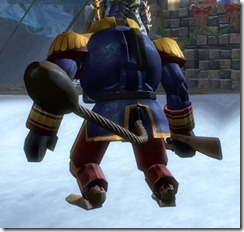 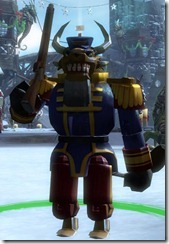 Chest: There is a chest in the middle of the map after you have completed the instance, don’t forget to loot it.

Competition Reward: Like yesterday, you get 100 Mystical Gears, Toy Soldier frame, and a choice between 250 Enchanted Stuffing or Drop of Magic Glue. You will need 250 Mystical Gears to craft a mini (you should have 300 after today). These rewards are given for the first time you complete it and subsequent runs only rewards you with gifts (even if you run it with an alt or run it after daily reset).

Both achievements counts towards the Apprentice Toymaker achievement/title.

I easily completed “Smash the Town” using the grenade kit on Engineer, using #1 spam. You can also complete this achievement in the first phase of today’s dungeon (rather than waiting till the end) because most of the skritt are too busy gathering food to bother you. Very rarely, one will bother you if you get too close to their turn-in station.

I’m not sure if I have more fun Godzilla-ing the stuff in here as my staff Ele or my grenade Engi, lol. Greatsword Guard was fun too. Just fun all around!

This event seems to be bugged. Toxx will lower her shield every 2-3 mins, allowing u to dmg her even if u hv not managed to lure her within toy mortars’ range