A comprehensive guide on getting the SWTOR Taunlet pet and Ice Scrabbler Jerky.

You will need two items to get the Taunlet pet.

Go to this location on Alderaan, you will find a vendor named Lain-Ricie who will sell you one for 5k credits. This thing stacks but you only need one to capture the Taunlet. 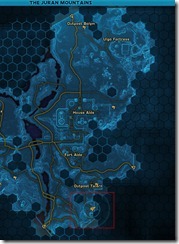 If you don’t want to go through the trouble yourself, you can buy the Ice Scrabbler Jerky very cheap now (usually under 10k credits) and save yourself some trouble. Otherwise, read on.

To make the Ice Scrabbler Jerky, you need the schematic. This schematic is a biochem schematic (requires 270 Biochem or higher) and can be founded from the following bosses

Note that sometimes in addition to the schematic, Snowblind/Gargath can drop the Ice Scrabbler Jerky itself. This dropped jerky can be RE’ed for schematic but not the version crafted by players.

To craft the Ice Scrabbler Jerky, you will need the following in addition to the schematic

Ice Ferns are located in 3 locations in Hoth, each with a 30 min respawn timer. There might be more locations but these are the more reliable ones. 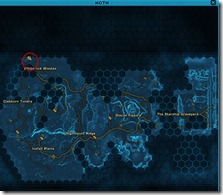 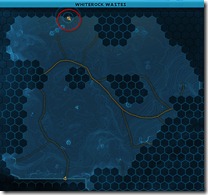 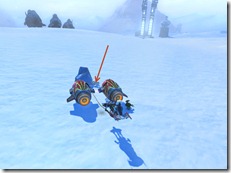 Glacial Fissure (right next to Thesh Outpost for Empire players) 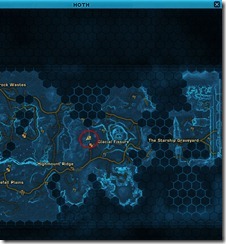 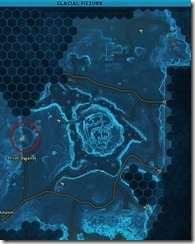 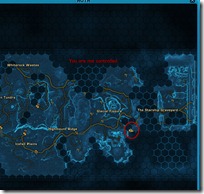 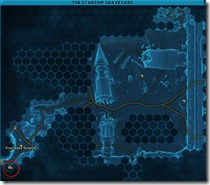 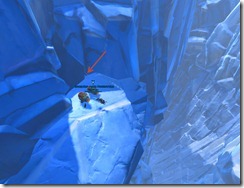 Go to Glacial Fissure section of Hoth, and then follow this path to get down below with all the volcanic fissures.You will want to use your Ice Scrabbler Jerky here as it will give you an one hour buff to lure the taunlet out. 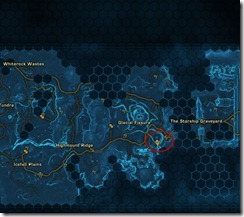 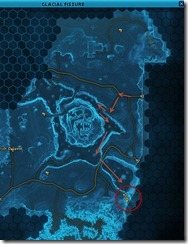 As you approach the location indicated by the red circle, you will see a small gap guarded by some mobs. 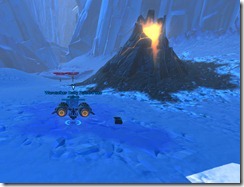 Go into the gap and you will see a message on screen – a Wild Tauntaun Appears! At the end of the chasm is a Frightened Taunlet that you can capture with your NVSCSS to get it as a pet. 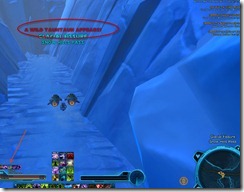 […] Acquired at Hoth by using Ice Scrabbler Jerky and NVSCSS […]

Thank you for the guide,
Currently waiting to make my Jerky so I can capture the Taunlet. As the servers are generally quiet now it is fairly easy to get the ice ferns. You may however wish to add that it takes 18m 25s to make the Jerky.

The Glacial fissure Ice Fern was a pain the backside to get. The ‘sensible’ route I was getting stuck in the scenery and had to dismount and use the /stuck command. I found the better way to get up was by jumping on what seems to be an impossible slope on the cliff and then making the short jump over and then up. I don’t see why they need to make it incredibly difficult to get to things that are hidden pretty much anyway.

I found another one ages ago (wondering what use it had) near the imperial outpost near Gargath (sorry I don’t play in english so I don’t know the proper names :/)
with the outpost in your back and facing Garagth’s location go right and I found one climbing the cliff
I admit it was hard climbing and I found it only once (but I never really retried hard enough maybe)

This was very helpful. Thank you.

You now need 2x Alien Cell Graft, instead of the compound and sample. The graft takes 2 Nerve-Damaging Chem, 2 Alien Bacterial, and 2 Hypnogazer (each), so it works out to a little more mats than before

The Ice Scrabbler liver is now available from the Hoth cantina vendor for 12k. Additionally, the recipe now calls for 5 pickled space worm for each jerky.