A gallery of the new GW2 legendary weapons effects introduced with the Frost and Flame Prelude patch. 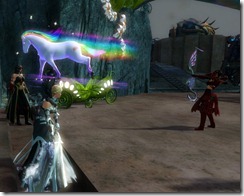 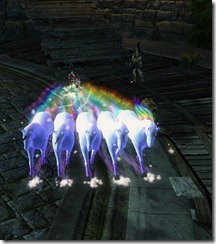 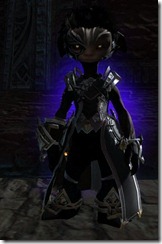 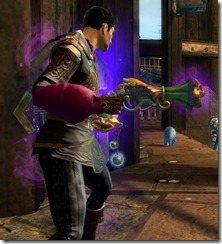 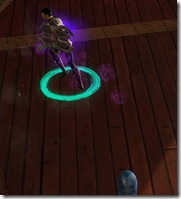 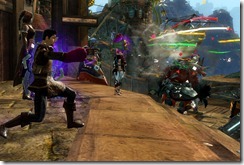 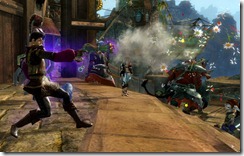 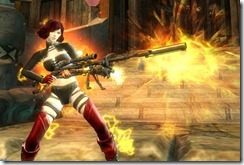 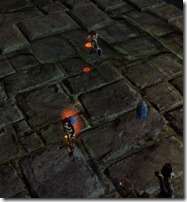 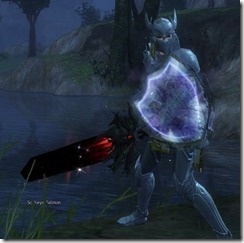 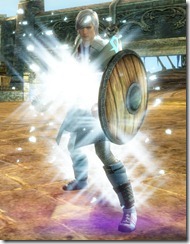 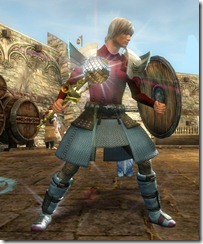 I’m going to be hearing Always by Erasure in my head every time I see someone shoot The Dreamer now >_>;

I loved the Dreamer prior sadly I do not know what to do with my mats since I was working for a while to make it…the rainbow arrows I loved the unicorns as arrows are a bit much for me.

I did love the unicorn bow design but now it is way too fluffy.

It always shot unicorns followed by rainbows, it’s just much more noticeable now since they scaled up the image by like 20 times…. if you look at a video of the old version and pause it to inspect the arrows you’ll notice the unicorns

If i use quip in the off-hand . What about the effect?
Is it show up?
Ps.sorry for poor english.

I think it would yes 🙂

But The Minstrel has been forgotten… Shame..

Yay! Captain Gadget! Thanks for compiling all these!

Using bolt and quip together might give you a chaos storm look :O

Is there a video showing the footfalls effects on Quip? I’m nearly done but I really wanna spoil myself 😀

what armor is the girl with the predator wearing?

thanks so much. i have the duelist top. but i have never seen the legs.

In my very humble opinion I think nearly all legendaries are ugly. Could be a matter of just taste, but I feel that there are design factors that just fail. Squared greatswords? Daggers that look like torches? And lots of weapons that are just… “alice in wonderland” style o.O flowers? ponys? rainbows? toy pistol? musical instrument focus? jeez even the scepter looks like sweet cotton! Am I alone with this feeling? Or is there a common sense that Anet should put some effort in designing the “hardest stuff to get” in a style that fits GW2 and not AIW?! It’s not fancy effects that will change it… if something it makes it worse…

the point of it is its fun. I love the freakin unicorns and the disco scepter. Ever hear of comedic relief? you must be so much fun at parties

and guild wars 2 is more of a cartoony game to begin with anyway.

Sweet Cotton is purple, Meteorlogicus is WHITE man you sucks.