Head to this instance The Command Core in the middle of Black Citadel. Imperator’s Waypoint if you have it unlocked. Watch the cutscene between Rox and Rylock and then talk to Rox to get the achievement. 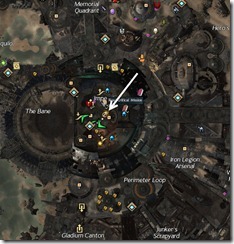 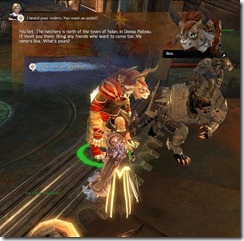 North Nolan Hatchery is located on the SW corner of Diessa Plateau. You will need to escort Rox as he traverse through the instance. This instance is like a personal story instance and can be soloed. You are automatically scaled to L80 regardless of your actual level. 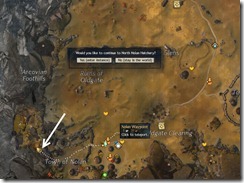 At the end of each even is a veteran mob that you will need to kill. After you have completed the last event, a Champion will spawn with two body guards.

Avoid the red circle on the ground and you will be fine, he isn’t hard to kill. 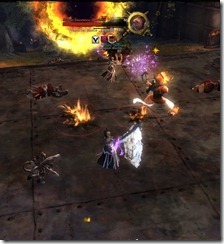 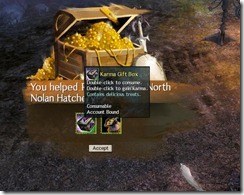 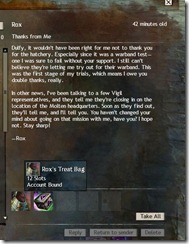 Blood Tribune Quarters is right next to the Command Core instance. Watch the cutscene and talk to Braham after to get the achievement. 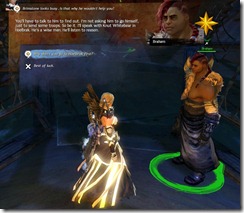 All you need to do is to head to Hoelbrak and then go to the Great Lodge. Watch the cutscene and then talk to Braham to get the achievement. 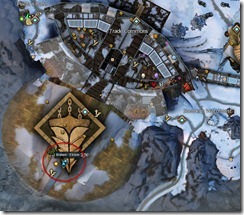 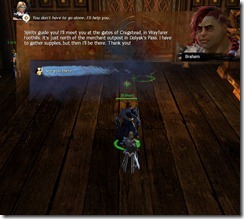 Head to the NE corner of Wayfarer Foothills and you will see the entrance to enter Cragstead. Like the Rox instance, this one can be easily soloed and you are bumped up to L80. 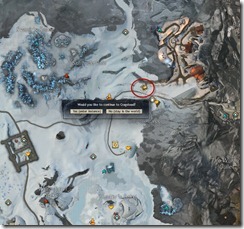 The last boss is a champion Molten Munitions Specialist with a fire wave attack that can knock you down on the ground if you don’t avoid it. Not really hard to kill fortunately. 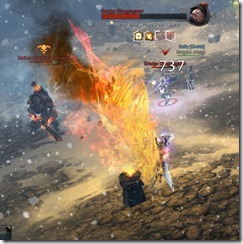 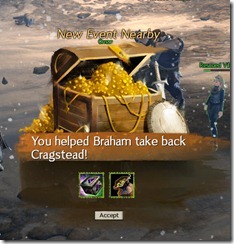 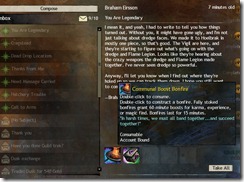 Completing both Rox and Braham’s story will give you the achievement Hero’s Aid, which give you 10 achievement points.

Maps spy vs spy are wrong

Are the mailed rewards given out once per character or account?

Thanks. 🙂 I suspected as much, but I didn’t have time to verify it myself yesterday. 4000 karma + 5 – 10 silver isn’t bad for the time it takes to do both Living Story instances per day, although I’m probably not going to farm it daily.

Is there any incentive to actually repeating these instances? If so what is the rewards?
Cause I still cant find Brahm’s weapons/shield + armor is supposed to be available…and I just hope it is cause looks pretty neat 🙂
So any idea on this Dulfy?

[…] are soulbound. I don’t need the karma so writing this one off as completely pointless. On to the story thing. Rox : Critical Story accomplishment done.. you just talk to the […]

thanks ever reliable Dulfy. 🙂 – Tiburohn (Blackgate)

i have done all of it but it still say’s that im not done with the Followed up with rox and braham ?!?!

Did you do the dungeon? You have to complete Molten Weapon faciliites first to get that achievement

I’ve forgotten to complete the Braham-Story 🙁
Is there any information about a second chance?

Don’t think so, today was last day I think?