SWTOR hardmode Cademimu flashpoint guide with written and video guides of the various bosses. Hardmode Cademimu is a L55 flashpoint introduced with the Rise of the Hutt Cartel digital expansion. This flashpoint is doable in Dread Guard gear and you can probably get away with less. 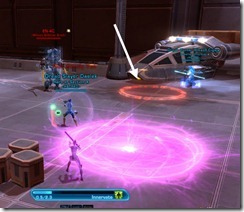 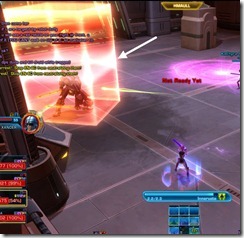 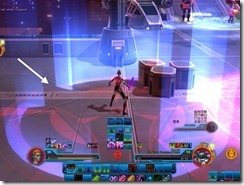 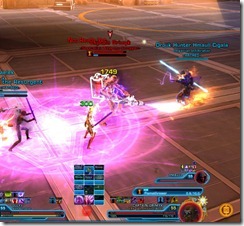 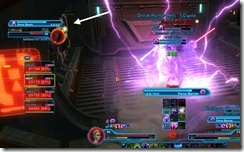 General Ortol fight can be a bit tricky and requires a bit of coordination between group members. 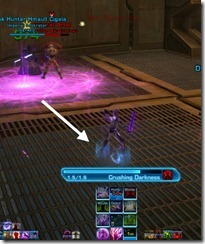 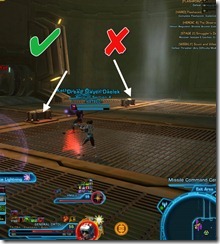 Hi Dulfy, first time caller, long time listener. I have a question, what are the new bonuses for all the 55 HM’s? I had a guildee in early access who did Hammer Station today and they never evenhit the first bonus (the one for 80 enemies) doing the normal route. Are they all kill based or are there other objectives, as well, how out of the way do you have to go to complete the bonuses and boss for each FP? I wanted to map out the optimal way for my guild before I can start on Sunday. Thanks for the write ups btw awesome stuff.

They are kill based. As long you don’t take the shortcut you should be fine. It is like kill 80 mobs or something

Hi! An observation about the Officer Xander fight (from running Cademimmu about 7 times last night): the orange circles only appear at the front of the two police speeders in the zone around the boss, and seem to appear at the far car first. Ranged & healers shouldn’t too close to either car to avoid getting caught in the trap.

Hey Dulfy… Was doing the Bonus Boss and noticed that during the force storm phase we would take a bunch of damage (As a Juggernaut all I have is my Unleash on a 2 min CD). We tried LOS but it’s too unpredictable to successfully do – we also noticed ~12k spike damage after the lightning was over.

ya you will take alot of dmg during that phase. Just need to run out and heal up

Alright.. it was just we were taking a big spike after the storm would disappear

The 12k damage spike is after the force storm, the boss casting ‘shock’ for huge damage. He skilled two of us with it back to back (within a second)

Okidoki! Thank you very much!

Hey dulfy, does Gen Ortol only drop the helm or does he drop anything else?

Only seen helm drop so far and I have run it 3 times.

Hi Dulfy – did the Flashpoint yesterday. About the fight with Captain Grimyk: We all stood in front of him. While I noticed that I had a burning buff on me, it seemed that this makes little or no damage at all, so standing in front of him should be harmless.

Whoops. Still getting used to Disqus.

It is possible to position the bonus boss such that he can’t pull you in. Much like the EC HM strategy against Kephess’s Gift of the Masters, casters can hide behind a knee-high wall that’s placed between them and the boss and avoid getting pulled in range of Force Storm. It’s a little finicky, but I got it to work about 67% of the time.

Great guide! I’d like to add something about General Ortol’s shackles though, they are actually an AoE attack. He will randomly target one person and throw the shackles at them, upon hitting that person the shackles explode and will also shackle any person near the original target. This makes it tough if you have an all melee group, because you’ll frequently all end up shackled at once with your cc-break on cooldown. If you’re playing with a ranged-DPS it’s a lot easier, but if you do end up with an all melee group make sure the healer keeps their distance a bit so they can free everyone if the others get shackled. I hadn’t seen this info in any other guide yet so we were all super frustrated/confused as to why we all kept getting shackled, thought it might be a good addition to your guide! Thanks for all of your walkthroughs! 🙂

This happened to our group a lot of times, we play melee classes mostly and we kept being shackled all the time at once. Up until today, we thought it was a bug. Thank you Dulfy for this guide, now I can tell my guild why this kept happening to us.

This should definitely be highlighted!

On the Bonus Boss, he will occasionally select a target and do an attack called “Shock” which does 11k damage. Make sure to keep the group healed up after the lightning phase so they don’t get one-hit by Shock. Once enraged, Shock deals around 35k damage.

Hey Dulfy, with Captain Grimyk one good strategy if for the healer to stand on top of the police car and the tank should pull the boss behind the car. That way we don’t have to deal with the adds until the end of the fight (as long as the tank dosen’t drop any aoe taunt) and then kill the adds with aoe staning on the car.

On general ortol you can look up after he shouts: “keep firing!” And you will see the tail end of four rockets. You can see the firing ones be because the pipes turn bright red before the smoke starts coming out. This will give you a few more seconds to run to a safe zone.

The idea behind this is that these are the middle batteries that you are disabling so that your commander can fly in and seize the governer without getting shot down. The governer also talks about these missiles over the intercom, saying that they are perfectly safe. Lol

Twice in a row on the General I was killed in two hits, not by flame or with shackles. as a lvl 60 tank with 50k+ hp this is baffling me. anyone know what going on?