SWTOR hardmode Hammer Station flashpoint guide with written and video guides of the various bosses. Hammer Station hardmode is a L55 flashpoint introduced with the Rise of the Hutt Cartel digital expansion. This flashpoint is doable in Dread Guard gear and you can probably get away with less. 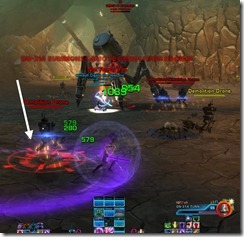 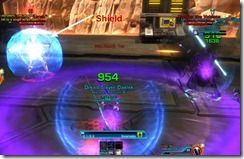 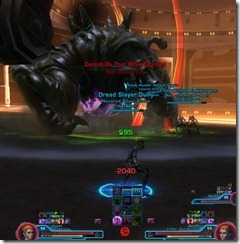 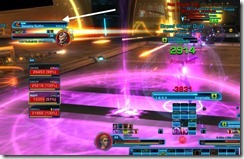 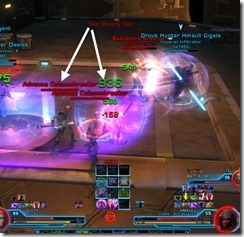 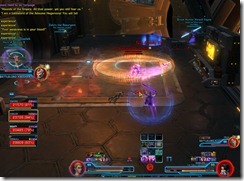 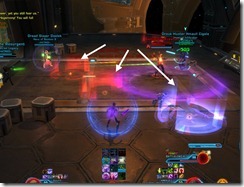 We did Hammerstation HM yesterday, and there’s a helpful tactic for the bonus boss if you are a vanguard/powertech tank:

If you activate Hold the Line during the rampage cast he doesn’t smash at all.
Unfortunately it only works every second time because the cooldown of Hold the Line ist about 3 seconds longer than the cast timer.
I don’t know if this mechanic intentional or not.

Works with resilience as well for shadow tanks.

On the final boss, the tank can & should sidestep Sweeping Gunfire to make it easier on the healer =)

Is the Asteroid beast stationary during Rampage? Could a Guardian/Jugg use their assist jump to escape damage range just before cast ends?

I think he is stationary but the rampage also have a stun component so you will need to break stun and then leap away.

Do you think someone would be able to do this in Partisian (150 Rating) Pvp Gear?

“Tanks can stun immunity abilities like Hold the Line…”

I’m guessing “stun” was supposed to be “cast”?

I have been trying to beat this boss on hard mode for a while now, but I am having trouble with the debuff. I cleanse it at 4-5 stacks, put it pops right back up. And in the time it takes for my cleanse to come back the tank is pretty much dead. Am I doing something wrong?

Nah, looks like the tank might be a bit squishy if they can’t survive for a few seconds with 5 stacks on.

You know…you might’ve said the asteroid beast had an enrage timer, Dulfy.

On second thoughts, my other party member didn’t have their dps comp off passive; so it’s all good… 😛

I am a returning player with 6.0. Dulfy, is this guide still valid for Hammer Station?

Hammer Station is as old as the game itself, mate. Guide is still valid.