A new blog post on the official Guild Wars 2 website updating players on the Living World storyline players can expect for May and the months ahead.

The Living World of Guild Wars 2 continues to grow and expand with each new month, and I’ll be your tour guide for May 2013.

Scott McG here, Narrative Designer and co-conspirator with fellow GW2 Narrative Designer Angel McCoy. Angel and I laid down the foundations for this year’s grand plan in terms of characters and plot arcs, but so far Angel and her team of artists, designers, writers, and audio engineers have been handling all the work.

Everybody needs backup now and again, especially with the amount of content we have planned, so Team Spring Break is stepping up to handle our share of the fun (for the record, Team Spring Break includes me as the Narrative Designer, designers Rob Hrouda, Theo Nguyen, Anthony Ordon, and Leah Rivera; artists Aaron Panagos and Tomas Gomez; writer Peter Fries; QA specialist Jacob Miller; sound engineer Cody Crichton; and producer Mark Davis). 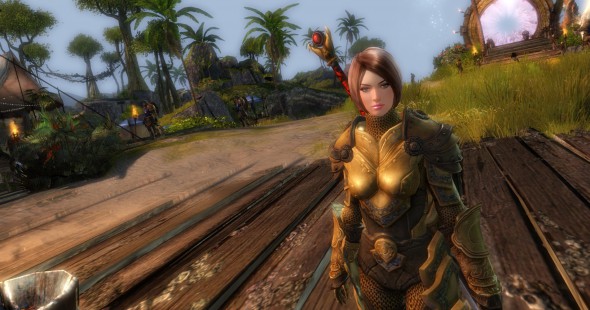 Keep It Fresh, Keep It Moving

May represents a transition—the Flame & Frost arc is now complete, and our plan calls for content to build on what came before while also kicking things off in a new direction. With that in mind, Team Spring Break first focused on the essentials: characters, story, and gameplay.

We needed to get players from the Shiverpeaks and Diessa Plateau down to Lion’s Arch and its environs so they could be a part of the story’s next phase. Savvy lorehounds will no doubt remember that the Consortium offered its help to those displaced by the Flame Legion/dredge alliance, but the Consortium isn’t exactly a charity organization—they want something in return for their assistance. Following the refugees’ progress and challenges on the Consortium’s Southsun Cove settlements proved to be the stepping stone we needed to bridge Flame & Frost with what comes next. 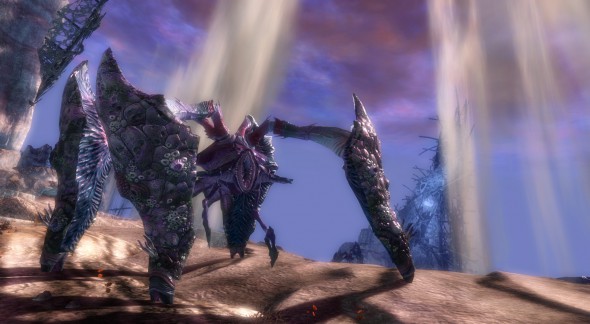 Southsun Cove: Where the Seafood Eats You

As we saw back in November during The Lost Shores, Southsun Cove isn’t quite the vacation paradise the Consortium wants it to be. They’re trying, but it’s just not there yet. In the meantime, the settlers who signed up for the Consortium’s help are being harassed by the island’s vicious wildlife and pressured by their purported benefactors to join the Consortium’s happy work force as full-time employees. Putting desperate charr and norn in that situation guarantees two things: 1) they won’t be thrilled about it, and 2) there’s going to be violence. 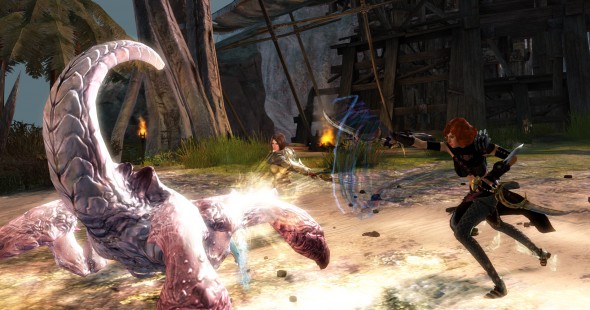 The increasingly dangerous situation quickly draws the attention of the Lionguard. As far as Captain Magnus the Bloody-Handed is concerned, nothing should interfere with the commerce to and from his city’s ports, so he’s given Inspector Ellen Kiel new marching orders. Her main priorities are to quell the unrest, settle the beef between the settlers and the Consortium, and rein in the island’s karka, reef drakes, and reef riders before the disturbances spread to Lion’s Arch proper. 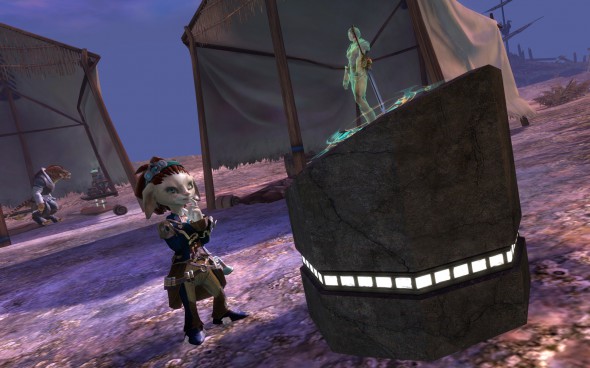 Kiel can’t do it alone, so she’ll be need assistance from players as well as another familiar face: Researcher Levvi, the expert on Southsun Cove’s decidedly dangerous flora and fauna. If you’re lucky you’ll meet a few old friends (and a few new ones) that will become more important as 2013 progresses. In fact, if you hit the beach when the karka aren’t eating 100% of the faces there, you might get to hobnob with some of the nobility from Divinity’s Reach.

How does helping Kiel tie in to the next multi-month story arc? That’s a secret that won’t be entirely revealed until June, but rest assured that it does all tie together. What you do with and for Kiel will matter in the coming months, and along the way Team Spring Break is determined to keep things lively. It’s full speed ahead on Southsun Cove, baby, and you’re invited.

So pack up your suntan lotion (and maybe an industrial strength first-aid kit), and I’ll meet you on the sand. 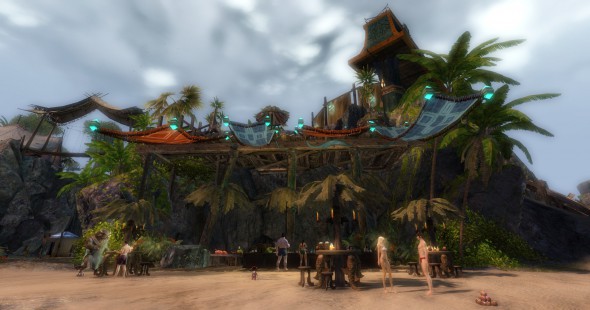