A guide to the GW2 Crazed Karka Queen events and the Contractually Obligated achievement for the June 4 patch. .

How to spawn the Karka Queen 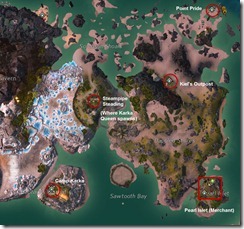 Defeating her will grant you a daily chest (account bound) containing two rares. There is also another chest you can loot that grant you 2 items, and some karka shells (character bound, daily) 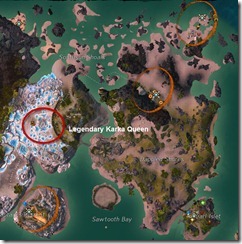 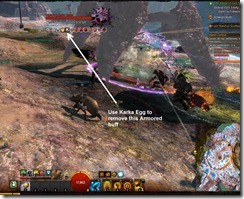 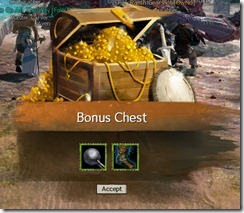 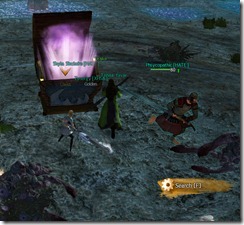 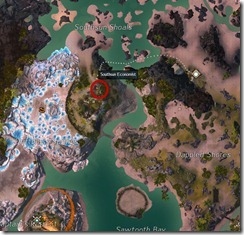 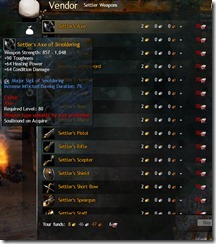 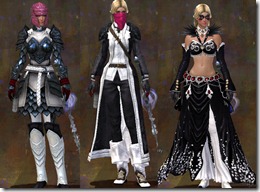 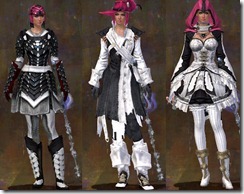 To get this achievement, just talk to Inspector Ellen Kiel in Pearl Islet and she will have an option to enter a story instance. 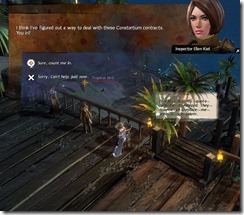 The instance itself is nothing too exciting, you will have to escort a dolyak through a 5 minutes path with a lot of local wildlife (a lot of skelks too). At the end of the escort, there will be a cutscene with a plot twist. Stay until you get the Contractually Obligated achievement and then you can exist the instance. 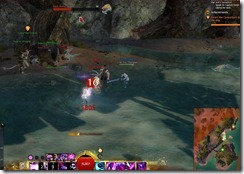 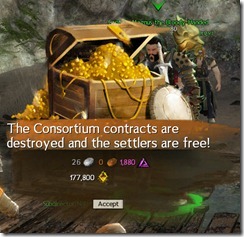 What does the pearl islet merchant sell?

Like Topher said, its old skins with a bit different stats. A bit of a letdown, but hey.. dragon bash is coming up pretty soon with some fancy stuff!

Nothing new to look at.

Has anyone said if this daily chest from defeating the Karka Queen is character bound / account bound??

It is suppose to be character bound I think, let me check.

Any guide on how to get the crabtacullar achievement easier?

Play the game more than once, it’s easy to get it.
Otherwise get a party of 5 and cheat the achievement?

The Daily Chest is Account bound, the Event Chest is character bound

Settler’s Weapon and Armor cannot be dropped in Mystic Forge 😉

Anyone got info about respawn rate of Crazy Karka Queen? Missed the first wave of events and I don`t know if it can be triggered now.

Longer than 1 hr it seems. Havn’t respawned here since the first time we killed her.

So I should have sold my 750 karka shells at 3-4 silver, but I was holding out hope that the skins would be amazing. These skins are not amazing. Why do you do this to me Anet.

they have good stat options though which is more important than skins seeng as you can reskin it with anything anyway.

But the stat options aren’t that good. What classes need Tough/Heal/Condition. The only class I can really see this working on is condition/life steal necro. Even then necro Vampiric traits don’t use healing powers as a multiplier. If they changed necros traits to work with healing power, I would be all over this. Until then healing power is worthless. I guess I’ve heard of condition/healing thiefs, but I doubt that’s a build many are after.

My engineer will try new build with these stats 😉

How to get Crazed Karka Queen Killer achievement? I killed karka queen, got chest and reward but no achievement.

It is bugged atm, wait for a patch later today.

I’m guessing that the story instance only gives you its reward once per account too?

yup, just one time reward for the entire account

The queen event was crazy but fun. I am going to miss the instigator though for farming that event got me to 80 and paid for all my exotic gear/weapon upgrades.

Heh. Me too. The farming of running between the two instigators was good cash, karma and experience for a character that you wanted to level up.

Is Karka Queen Kiler achievment time limited? If yes what is dealine? anyone knows?

sorry for spamming, but this means it is not time limited?