A guide to the GW2 Aspect Arena introduced with the Cutthroat Politics patch. 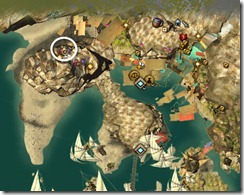 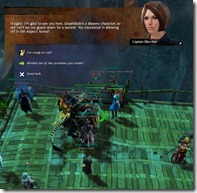 There are about 5-6 possible locations for the crystals to spawn. You will to look at your map to determine their exact spawn locations. The ones in the middle tend to be a bit easier to reach and therefore hotly contested while ones on the two sides are more higher up on top of buildings. 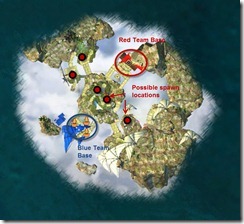 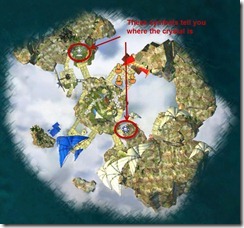 Once you reach a crystal, you can activate and channel for a few seconds to grab the crystal. While you are channeling, you can be interrupt by your opponents. Once you have the crystal, your position will be marked on the map as a crystal carrier. Your movement speed will be significantly reduced but you can still use all of your abilities to fend off attackers. 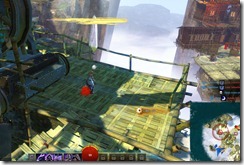 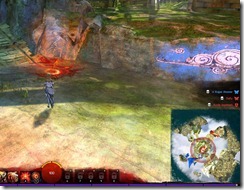 Aspect Arena is hosted by Ellen Kiel so you will earn achievements in her category.

If you are lucky, you have a chance to get the rare Zephyr Rucksack which has an animated bird. 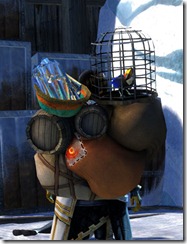 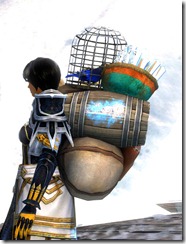 I’ve actually gotten a rare from the losers chest! 😀 Maybe I broke it…

You have to kill them. Utilize your skills. It’s not as bad as you think.

I eventually got it but its kinda hard if the other team zergs up :p

I got an exotic from splendid chest =)

this mode is so laggy and bugged for me. WHY THE HELL DOESNT IT COUNT AS A KILL WHEN YOU KNOCK THE CARRIERS OFF THE CLIFF? FUCK THIS ARENA.

It is currently a bit weird, as pvp sigils/runes are not disabled. A player can be killed by a single critical blow that triggers a sigil of air/fire for instance. Or a rock dog that butchers other players can be summoned through runes of the ogre… Should be fixed soon.

Hi Dulfy, I got noob question what is that floating “face” near your head on the Zephyr Rucksack video? 😀

That means Dulfy was proudly supporting Ellen Kiel in the election for the new Captain on the Captains Council. Well done Dulfy. Didn’t realize you where part of the Awesome Ellen-camp. (the floating face was an effect from an consumable given when you cast a vote for Ellen Kiel during the election a few months ago. If you voted for that no good Evon Gnashblade, you would get a a consumable that would show his face (off course I can’t imagine that anyone would have voted for him).