A guide to the GW2 Southsun Survival minigame introduced as part of the Cutthroat Politics patch.

Talk to Evon Gnashblade to start this minigame 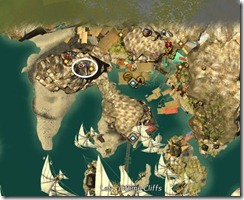 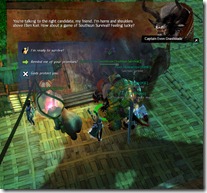 You are equipped with a bow at the start but no arrows. Once you find arrows, you will find the following skills active (#5 skill is active regardless of arrows)

The following skills are not active until you find the appropriate item from scavenging.

When you die past the two minutes mark, you turn into the mist form and gain the following five abilities, all except #5 requires motes of revenge to function.

You don’t have the entire Southsun Cove map to roam. You are mostly restricted to the eastern half as that is where settlements (blue icons) are. Form these settlements you will scavenge for supplies. Settlements eventually run out of supplies and become inactive (grey icon). Red settlements are occupied by karka and cannot be accessed. 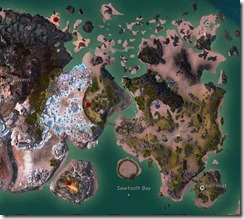 You have a chance to grab supplies from the big bonfire at the start. There are rations, weapons, arrows, traps, and kits to grab. This is also a good opportunity for players who snatched weapons and arrows to smack around other players for easy points. 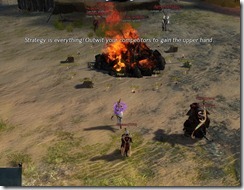 Once everyone scatters from the bonfire, your supplies will be limited to these blue settlements where you can find Miscellaneous Goods if you hold down the ctrl key. 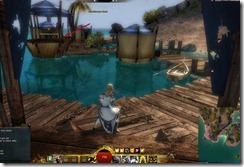 You will also find some passiflora between settlements. There is a very high chance that these are actually traps (#7 Ration Trap) that will explode when in proximity so don’t go near them unless you absolutely need rations 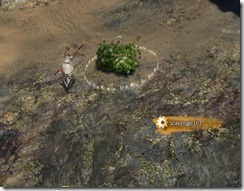 In addition to the passiflora trap, beware of the alarm trap. There will be a beam of light and noise around that location with the minimap beeping. If you go near it, you will get two stacks of Torment and will likely die unless you have rations. 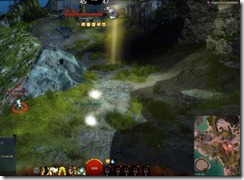 Players that die and turned into mist form will need revenge motes to use their abilities. Revenge (blue) motes are dropped everytime a survivor scavenge an item or kill/trap another survivor. Survivors who are happily scavenging should be ware that doing so will give “fuel” to the mist opponents, allowing them to use their abilities on you. 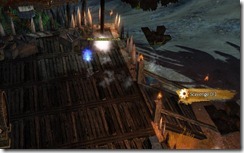 Most the abilities possessed by the mists opponents are more annoying than harmful but if they can gather up 10 revenge motes, they can summon a champion karka on you who will literally one shot you unless you get lucky and dodged the attacks.

Survivors can check what another survivor is carrying by looking at the buff icons under their names. The two most position ones are the arrow count and the ration count. High arrow and ration counts are good targets to kill as they will drop these when they die for you to scavenge. 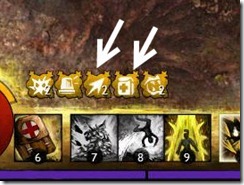 You earn the following achievements towards Support Evon Gnashblade

You get a chest everytime for completion which includes

Rarely, you will also get the Desert Rose backpiece 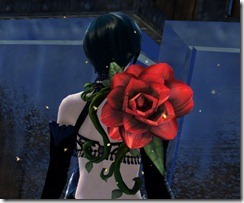 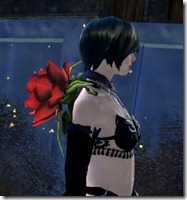 sounds like a really fun game of hunger games

I think you mean Battle Royale…

BR wasn’t even the first to have people (children included) kidnapped and fighting in an arena. ;} It’s an idea that people will eventually come up with. This is more HG than BR.

This guy clearly works for the Hunger Games.

The end of the last beta before the game’s release they gave all players on a chance to play a mini game Called Hunger Battle Royale, or something similar. It was a lot like this. I believe that’s what they’re referring to.

Well hunger didn’t really play a part in Battle Royale, it was the explosive collars that drove them to turn on each other! If the match starts with each player given a random weapon… (I never got to grab the pistol!)

hunger games definitely reminds me of that

What are the rewards?

Do you have to win the game in order to get the Desert Rose?

You do not have to win to get the desert rose. It drops randomly out of the chest. 🙂

I won a game last night and no Rose, thought for sure they would give you one if you won automatically but ahh well. Its a fun mini game and kudos to Anet for not making “Be the soul survivor” an achievement. I don’t think I could have taken the community outrage if there was such an achievement.

That Desert Rose is nice, shame we can’t just DYE the one from the Southsun Event though.

The one from southsun as spiky petals instead of round ones

can we get the code for the rose so we can look at it in game?

You can check them out at the Fortune Scrap dealer in the Zephyr Sanctum area. That and the rucksack from the Evon’s game.

can’t say I’ve ever seen that light armor before… it’s not listed in any of the armor galleries. Anyone care to clue me in?

It’s the conjurer rare armor (what the Elementalist trainer NPC wears in LA).

Get it via some of the high end story quests, drops from boss chests, etc. Its quite common on the TP.

how long does last this achievement? it ends till August 6th?

[…] Basic information about the new GW2 minigame can be found at Dulfy’s. […]

Was a good idea on paper but the game from what I seen encourages people to be lazy, the winners often just have enough rations to stay put and cos they’re not scavenging the ghosts that tail them won’t be able to karka them. 102 games I played, got 6 roses out of it, it can be fun I’ll add, I was the last man standing just once, had a few 2nd places but for those struggling with the rather demanding 2500 pts achievement while the survivor bonus is substantial (2%) often the mvp isn’t the survivor, you can farm many points from scavenging and collecting revenge motes, use the basic trap as a ghost and that’s 2 pts when triggered at the cost of 1 mote, best part is it does no harm to the survivor so you can do this a lot!

I think Arena Net should have awarded players more for kills and also how long they survive for to make the game more active, the way it’s been set up as a ghost or even as a survivor it’s largely not in your interest to kill others!

I had a blast 🙂
They should keep this event for good.