A guide to GW2 Queen’s Gauntlet’s activity introduced as part of the Queen’s Jubilee patch.

You will need to access the Crown Pavilion in Divinity’s Reach and then go up the platform. Talk to the Ringmaster to start. Each fight costs 1 Queen’s Gauntlet Entrance Ticket, which can be obtained from doing events around Balloon Towers in the open world or from the group events in the lower half of Queen’s Pavilion.

Additionally, you can purchase 5 of them at a time from the various emissaries in the center of Crown pavilion for 15 Watchwork sprockets and 20 silver. 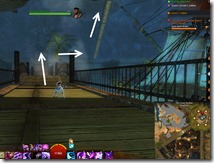 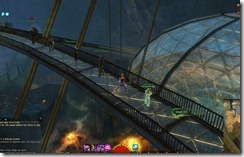 You can only unlock the next boss if you have defeated the previous one. Previously defeated bosses can be challenged again by talking to the Fight Manager.

You will also unlock more gambits as you defeat more bosses.

Gambits are unlocked progressively as you defeat more bosses. In tier 3, you will unlock all of the gambits. Each gambit costs 1 ticket so activating 5 gambits would cost you 6 tickets.

Got a few asking what build my mesmer is using.

Regular attacks hits for very little damage but has a huge windup frontal attack that you need to avoid. Failure to do so will down you. You can also daze/stun/knockback/knockdown him when he is charging up this attack to cancel it. 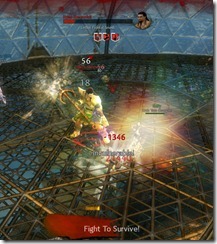 Quaggan that gains a stacking buff called Hormonal Imbalance that Increase his size and deals more damage the more times you hit him (this reset if you don’t hit him for a while). Ranged can kite him around while melee can save their cooldowns and jump in to whack on him from time to time.

Ranged players can get Doobroosh to 10 stacks easily and earn the Doobroosh Tranquilizer achievement. 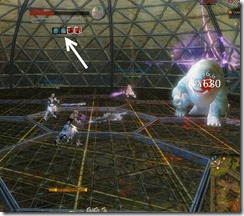 Summons a whole ton of tornados (causes knockdown) that increase in number as the fight goes on. You will need good mobility and burst damage to defeat this one. You can use stability to prevent the knockdown from the tornados. 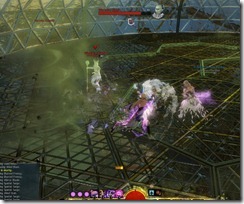 You will get the Candle in the Wind achievement if you fire her with the On Fire (burning debuff) gambit on. This is pretty easy if you have a high DPS build as the fire won’t do too much harm. 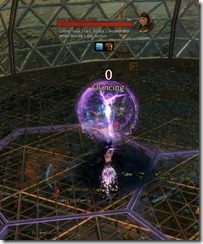 Standing in the Shadow well will cause constant tick damage to you (also applies weakness/cripple) but give you a buff called Shrounded in Darkness which protects from Suriel’s lethal Solar Flare attack (instantly down you otherwise). Suriel casts Solar Flare when she waves her hand but the animation can be hard to see so it recommended that you stay near a shadow well and get that buff when it expires. If you have the buff when Suriel casts her Solar Flare you will be knocked down for a few seconds but it is nothing to be alarmed. When you have the buff, you also have this black goo around your character as a visual indicator as well. 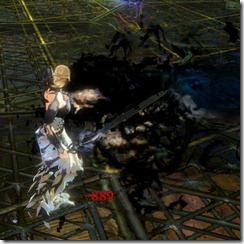 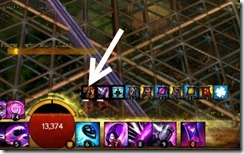 A good mobility spec is recommended as you may need to move from shadow well to shadow well quickly.

He is fairly easy especially for a ranged and you can just keep your distance when his HP is lower.

You will need to gather 25 orbs to gain 25 stacks of Bloodlust for the achievement Savage Brute. You do more damage the more stacks you have so you have to actually watch out that your pets/clones don’t kill Masticus before you get 25 stacks. 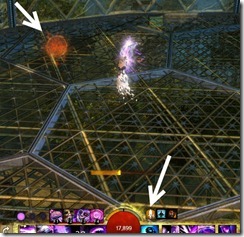 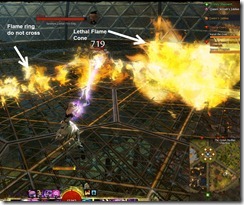 In addition to avoiding the flame cone and staying inside the flame circle, you also have to keep moving and not backtrack as you leave a flame trail behind you that damages you. 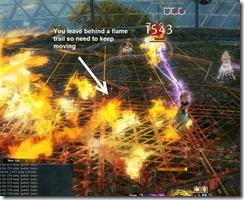 Crew of the Ravenous – Endboss

Both Captain and First Mate are melee while Sitches and Master Gunner are ranged. If any of them dies, the remaining ones heal to full.

The kill order I used for this is Sitches (because she heals) –>Captain (buffs other pirates) –> Master Gunner –> First Mate. It is something that worked for me and not necessary set in stone so you may play around with it abit. Stitches do grant a regen buff to remaining pirates when she dies so if you find that troublesome you may leave her last. Getting rid of Captain ensures that there is only 1 melee chasing you around which lessen some of the damage and you can then take out the Master Gunner that is shooting at you.

It is worth mentioning that Master Gunner does have a cannon attack AoE ability but it seems to be mostly harmless as long as you avoid the red circles while kiting. 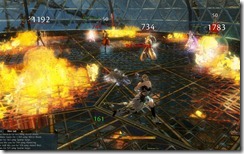 You get the Blobs, Schmobs achievement if you manage to kill Subject 7 without killing any of the other oozes. You will need to make sure to use single target ranged attacks and ranged clones/pets to make this easier. I find it really easy to do this one with a rifle and sword warrior as you can just run around in a circle with the rifle and when Subject 7 gets low then use Savage Leap and Final Thrust to finish the job.

For mesmers, Subject 7 is a good boss to get your gambits achievements as you can easily rally off the oozes who will probably spawn next to your high DPS melee illusions that are attacking the boss.

Deals increased damage with Killshot at longer range, teleports around and there are mines that will instantly down you if you step on them. A good burst DPS melee spec with some evade/invul skill is perfect for this. The faster you kill him, the less chance he will teleport somewhere far away and do a headshot that instantly down you. 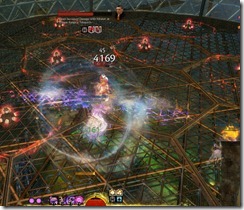 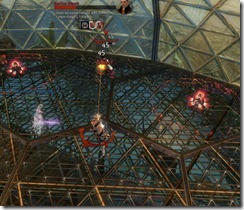 If you can time it, use your evade/invul etc against his Headshot (you get a red circle under you when he is charging up headshot). He always teleport to the same spots. The first teleport will be right behind you and you will have enough time to run to him as long as you don’t step on any mines. If you don’t move when you port into the arena, you can range attack him until he teleport to right beside you and then swap to melee to burn him down.

For the second teleport, however, he actually teleport to opposite side of the dome and you won’t make it to him in time before he one shot you. Therefore, you will need to use an evade/invul skill and activate it when you see the red circle underneath you.

Unless you have lots of AoE skills, this guy is good for getting the 5 gambit achievement High Stakes Gambler. You will need at least 1 stun/knockback/evade/invul/daze skill for the first port and an additional invul/evade skill for the second port. Make sure you don’t move when entering the arena and range him down. He will then port right behind you and you can do knockback, knockdown, stun, evade etc to cancel his headshot. DPS as much as you can and when he teleports again to the opposite side of the dome you will need an invul/evade skill to block the Headshot. Assuming you have good DPS, he should die before he can get the 3rd teleport off.

The goal here is to kill Chomper first and deny him as much of the meat chunks throw by Strugar as possible. Use cripple, knockback, stun/daze whatever you have on Chomper. The meat you grab will give you a lot more DPS and once Chomper is dead you can finish off Strugar fairly easily.

The fourth meat you eat will stun you so have a stunbreaker ready for that. 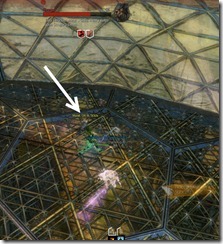 For the Meatless Murder achievement, you will need to utilize about 3 knockback, stun, daze, or cripple skills. Keep an eye on Strugar. If you see him throwing meat, crowd control Chomper and race to the meat before Chomper can get it. If Chomper is close to the meat, do a knockback to push Chomper away from it before grabbing the meat yourself. If your damage is decent, Chomper should die after 3 meats are thrown.

You will get this achievement as soon as Chomper dies, Strugar’s death is not required.

Phase 1: In the first phase she is invulnerable to damage until you throw three Orbs of Blazing Light at her. To spawn these Orbs of Blazing Light, you will have to kite the Vision of Mortality (walking bombs that can instantly down you) that spawn into the white whirlpool. You will then need to grab the Orb of Blazing Light and throw it at her to remove 1 stack of her invulnerable debuff. You have to do this three times. Note that Blind works on these Visions and can prevent you from getting one shotted by their explosions. 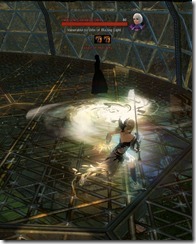 While you are trying to do that, Liadri will attack you with Necrotic Grasp which hits anywhere from 1.5-3k damage per hit (can be blocked by projectile reflects). She will also cover 1/4 of the room with red circles called Shadowfall which explodes about 4-5 seconds later instantly downing anyone caught in it. If you have a skill that evades attack or give you invulnerability (i.e. Mesmer’s #2 sword skill Blurred Frenzy), you will be able to block the Shadowfall attack. Otherwise, stay in the middle of the room so you can dodge out of it easily. 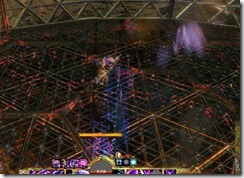 There is a pattern to the Shadowfall circles, she will cover quadrant 1 first, then quadrant 2, 3 and 4 before returning to 1. Knowing this pattern can be useful but sometimes you can lose your orientation due to all the running and it becomes useless. 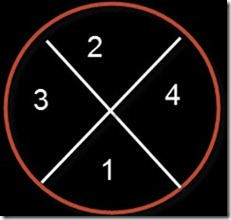 To add to the fun, she will also spawn orbs called Cosmic Rift that will pull you. These orbs die in one hit from your melee weapon and can be used to resurrect if you are downed. I tend to kill them since they can pull you into the Shadowfell circles. 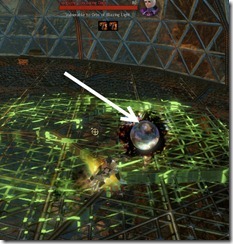 One more thing that you need to pay attention to is that she will sometimes blind your screen, making it so that you cannot see the Shadowfall circles. You can go into your graphic settings and turn off post-processing to eliminate this. 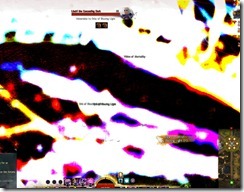 Phase 2: Once you remove all 3 stacks of her immunity buff, she will immediately try and lunge at you (hits for 7k). Her shadowfall AoE circles is now a figure 8 shape and will cover two corners of the room.

The trick to phase 2 is to run in a large circle nonstop around the edge of room. This allow you to avoid most of the incoming Shadowfall circles as you will be at the edge of them and can easily dodge to safety.

Liadri’s whip attacks will cripple and weaken you, making it so you can’t move and dodge as much. On top of that, if the cosmic rifts spawn, you will get pulled. Sometimes the pull can be good and pull you out of her Shadowfall circles but more likely the pull will come right before her Shadowfall circles explodes, instantly downing you.

If you are playing a mesmer, you can stick a Phantasmal Warden on Lidari when she is spinning in a circle. The warden does a ton of damage to her but has to be timed properly to be effective so you don’t summon it on her while she is chasing you.