SWTOR Varactyl mount and images of the new raid zone and planet to be introduced as part of Patch 2.4. These images came from the Chicago Cantina Tour thumbdrive that was given out last night. Special thanks to Matt Moore/Matticus for the images and the video! 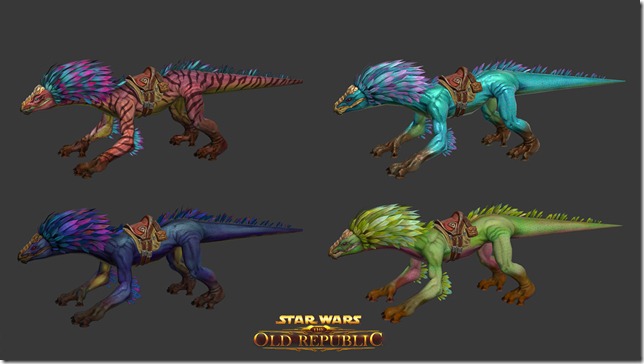 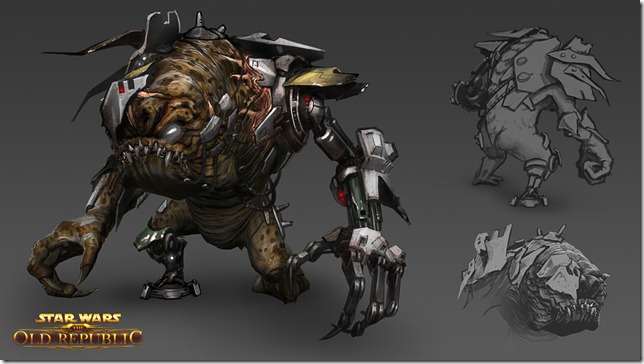 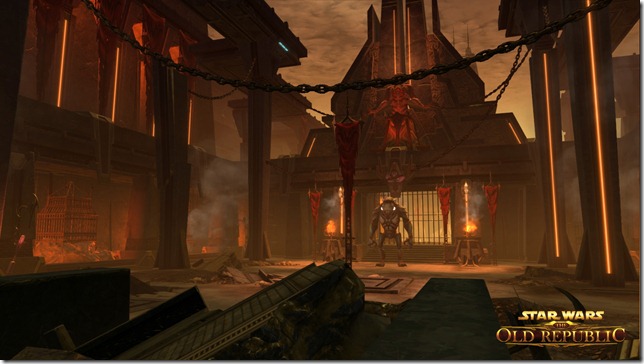 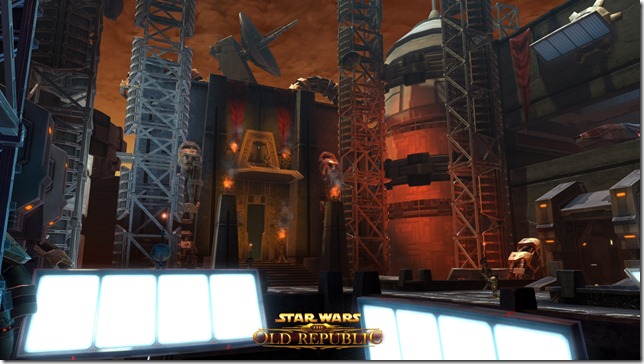 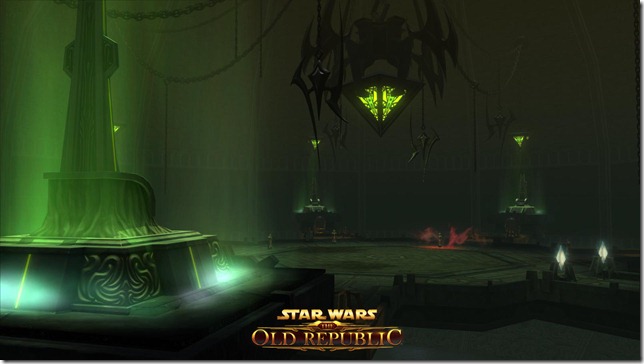 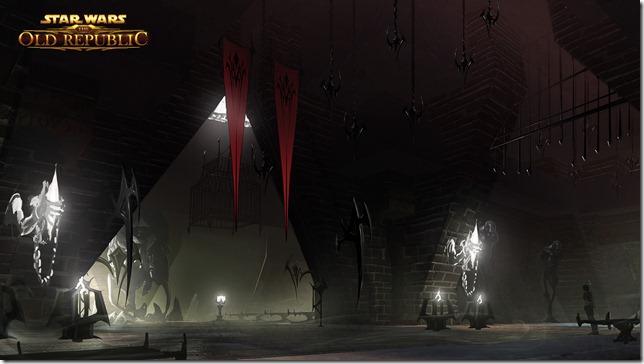 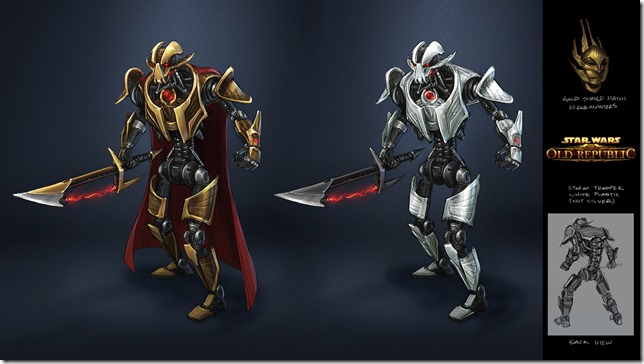 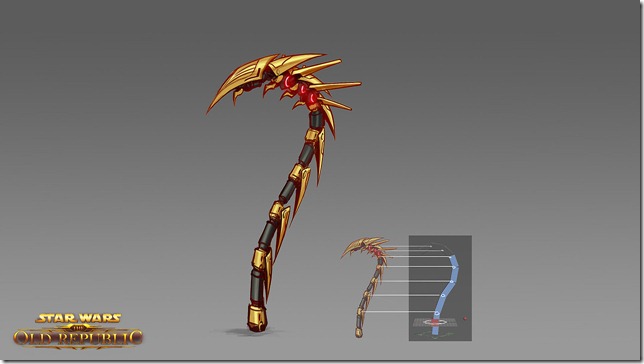 Are you going to the Cologne, Germany Cantina Tour on Aug 23, 2013 or the Seattle Cantina Tour on August 31, 2013? I would love to have your images from the cantina tour thumbdrives! You can send them to me via email (dulfycleric @ gmail.com)

Something about that Dread Lock says ‘tentacle enemy’ to me, but a weapon would be pretty great.

Loving the look of those new operations, too.

Ya you are right, it looks like another tentacle boss heh,

they have a tentacle fetish

Yes, and they have a shoulder pad fetish. The Cartel team must be aroused by Shoulder Pads or something.

I’ll be on the Cologne Cantina Tour, hope there will be something more revealed. 🙂

I’m gonna try to make it to the Seattle one. I will send you more info if they release anything new!

Do you think the mounts are going to be in the store and not in a pack? Or something like Tauntaun mounts?

They are inside the Bounty Packs sadly. They might release one to be sold separately but don’t count on it.

Thanks for the info. I guess it makes sense money wise (for their part). People will try and find the mount out of the pack.

thats garbage, this is a subscription based game

No it’s not, it is a hybrid payment model.

What I do with stuff like this is just buy it from the GTN. That way you can buy it with credits.

Honestly I’m not really bothered by things like this if they let us buy it from other players using credits.

I will be at the cologne cantina. If you want the content of the thumbdrive please just email me (dulfy . ät . eshmael.de).
Grüße aus Deutschland
Esh

The Rancor isn’t a mount?
🙂

Let’s say it’s more of a SW lore thing, because think about it!, Hutt’s
introduce a contraband market which is a ”Cartel market” to old
Republic era, goods which are confiscated from various shipments all
over the galaxy, more known goods are coming from Hutt’s blockade of
(Hutt’s space) planet Makeb, meaning that this creature mount
”Varactyl” is wildly sold through out the galaxy to many willing
buyers, and source for this animal is contraband market, what we know is
that ”Freelancer’s bounty” packs are coming and this mount will be in
these packs, which makes total sense and at some point stays true to SW
lore…

Technically this is a decent way to make them available to TOR players.

where is my London, England cantina tour

You didnt miss a lot to be honest, Damion whats his name saying how hutball was his baby and open world pvp is very unlikely as the engine cant handle it…. In truth there was a German guy that wasn’t a dev that was less evasive and did at least to try to answer questions. They spoke a bit about capital ships and as you know that was Feb and we can see where we are with that… but we did all get a cap and a nice little carrier bag……

Somewhere over the rainbow…

after that we get Rainbow Unicorns!

Can anyone speculate as to when 2.4 will come out

Didn’t they mention somewhere that the next patch is October? Or did I misread that?

Are we going to get the Freelancer Bounty Pack before the next patch? Or are going to have to wait for 2.4?

I have this strange feeling that Kephess might rear is ugly head at some point during one of these ops, also I wonder who that deadly foe is? somehow looking at this I am thinking that perhaps Styrak (or however it is spelt) could be bound to a mechanical form.

dulfy do you think that Oricon planet will be a new daily area or questing place?

Since Varactyl is most likely in cartel packs, I believe they will be in Collections too yes? How much to unlock account-wide on estimation?

Since 600 is the cap on collection unlocks and most of the other super rare mounts like the Thrones and Meditation Chairs cost 600, that would be my guess.

If you squint at the Dread Palace picture, you can see three of the Dread Masters standing there. Looks like some of them are going to be fought tag-team a la Dread Guard Commanders or Cartel Warlords.

Thats the final boss in Dread Palace , all of them together (even Styrak)

Dread Lock is most definite a boss or mob if you look closely to the picture in the right corner. As you can see, it spawns from ground and has a rotary circle with arrows underneath. @Lobotomite it’s just art. Also, it’s not sure those even are the dread masters. Nothing definite about concept art.

Harder evidence from Reddit infodumps: after you fight through all of the DMs at the Dread Palace, looks like the final boss is against the “Dread Council”, which will probably be the tag team match.

I didnt hear the sound of the Ep3 in Utapau, in that trailer… if the Veractyl does not have the sound i dont want it even free…

It does have that sound when u mount it

Finding the wait for Varactyls rather painful!

Oh joy, another giant mount for retards to block mail boxes with like the ridiculous speeders…