Bioware released a blog post today on the PvP Arenas to be released with patch 2.4. Players can expect them on the PTS as early as Aug 16.

Hello PvPers! I’m Alex Modny, Assistant Designer for the Combat and PvP team and I’m here to spill all the (Luke) warm and smelly Tauntaun guts about Warzone Arenas releasing in Game Update 2.4. We are very excited about this new PvP feature and looking forward to your feedback!

Giradda the Hutt welcomes you to Warzone Arenas of Death!

Giradda has expanded his gambling empire with a series of deadly Arenas to provide a new form of entertainment and lighten the pockets of spectators galaxy-wide.

Right now, the Warzone maps we have in the queue focus on full team, objective based combat with a series of goals needing to be accomplished for the team to win. In 2.4 we are introducing Arenas, a Last Team Standing Warzone in which players have only one goal: to eliminate all players on the opposing team. That’s it. No planting bombs, capturing points, just a team of four versus your team of four in a battle royale to determine the victor. This also means that because Warzone Arenas are Warzones the rewards will be the same as current Warzone gametypes. Warzone commendations, XP, credits and Ranking/Ranked commendations for Ranked games (but more on that below) will all be awarded to the participants at the end of the match, and there will be increased rewards for winning and performing well! Two teams of four each will battle against each other in a best of three rounds match. Each round will be unique, and no effects will carry over from round to round, even if you survive. This also means that class ability cool-downs will be reset between each round, so no need to save that Force Barrier or other long cool-downs for a specific round! Each round you and your team should be going all out to win. Giradda expects nothing less! 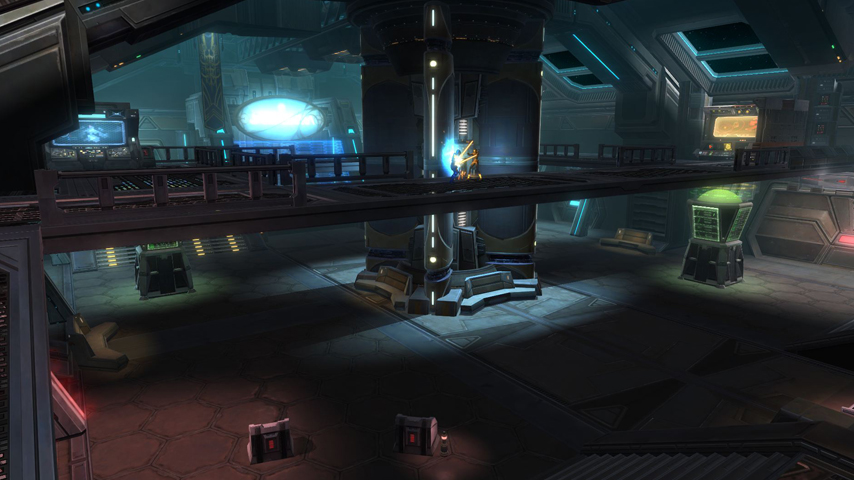 Giradda currently has three Arenas of Death set up for his pleasure on Corellia, Tatooine, and an Orbital Station; each one presenting a different layout that will require varying techniques and strategies to master. The Arenas are small, intimate and made specifically for a 4v4 fight. The Line of Sight blockers, elevations and killing fields have been fought over for months to make sure we get them just right. The goal with the areas is never to have players fight with the environment so things like firetraps, pools of acid and other hazardous environmental effects will not be present in the Arena maps. We feel this makes the true focus of Arenas, player-versus-player combat, stand out more and feel more genuine. But what happens when a group of four stealthers decide to just make a stalemate of a given round, trying to figure out a way to cheese the system? Well, Giradda is not a patient Hutt and grows bored very quickly. After a certain timed limit in a round has been met (in internal tests we are using 5 minutes but this is highly subject to change so don’t expect it to remain the same when 2.4 hits PTS/Live) Giradda will start Sudden Death! Sudden Death will consist of a toxic gas cloud at the boundaries of the Arena area that will slowly close in until the entire Arena is covered and have a few different effects on anyone unlucky enough to get caught in it. The toxic cloud will take the user out of stealth, place him in combat and deal apply a Damage-over-Time effect. Once this effect is on the character it can be dispelled only by leaving the gas cloud. Last Team Standing rules still apply during this Sudden Death and the team that remains standing longest wins! Changes to the PvP Queue

With 2.4 there will also be a new PvP/Warzone Queue Window which will host the same information currently in the window now but with a simplified presentation. As a solo player or a group of up to four characters you can join the Warzones queue which will place you and your group into a Warzone of a random type, including Arenas. In other words, there are no changes to the Normal queue except the addition of another gametype, Arena. Ranked Arenas will come in two flavors with Game Update 2.4, Solo and Group. Solo players can queue up for Ranked Arenas and be matched with other players of the same rating to compete in Arenas exclusively; no other Warzone maps are present in this Ranked queue. In addition to being matched by rating the match making system also determines the role of the character (DPS, Tank or Healer) and matches them with an analog of the same rank on the other team. This means that in the Ranked Solo queue you will always have a character of the same role for ones you have! No four healers versus four tanks matches here! We think this is a very exciting feature of the Solo Queue as it allows for team parity and creates better matched, more enjoyable PvP experiences. In Group Ranked Arenas however team composition is up to the group. Group Ranked Arenas will still have matchmaking based off of rating but role parity will not be a requirement. Group Ranked Arenas will require a premade group of four max level characters joining the queue and they are allowed to come up with the best composition they can to battle the other team. In addition to these Ranked changes players will no longer be able to respec while in the PvP Queue or while in a Warzone, Giradda didn’t find that fun anyway.

A smelly part of those Tauntaun guts is that for Game Update 2.4 we are removing 8v8 Warzones from the Ranked Queue. We are sad to see it go but the truth is that because of many factors not enough people played them and we didn’t support them well enough, so they are going away for now. Getting eight friends together and hoping another eight people are doing the same at the exact same time AND your two teams were equally matched was a nightmare for the players. It is possible that Ranked 8v8 Warzones will come back at a later time if we can solve some of the problems with them and if the population is there to support them. We hope you enjoy Ranked Warzone Arenas just as much as you enjoy 8v8 Ranked Warzones. The same amount of attention to team strategy and coordination will be required in high level Warzone Arena play so right now we want to focus on Warzone Arenas for the current Ranked matches. We appreciate your participation in Pre-Season Ranked matches and to provide you something special we will be giving out two unique titles for this with Game Update 2.4. Speaking of Pre-Season, our current plan is to let folks have a (short) window to practice the new Ranked games before rolling out Season 1. Stay tuned for more details on the one-time Pre-Season titles and Season 1 as we get closer to October! 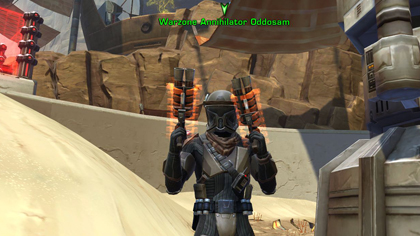 Coming soon to a Test Server near you

Arenas have been a blast to play in internal testing over the past months, and we are looking forward to everyone getting their powered gauntlets on Arenas in Game Update 2.4’s debut on the Public Test Server. Our team’s target date for this is the 16th of August.

What about PvP post-2.4? What is coming next, you wonder? Well it wouldn’t be a dev post without some teasing! Here are some of the things on the horizon we have in store for PvP. 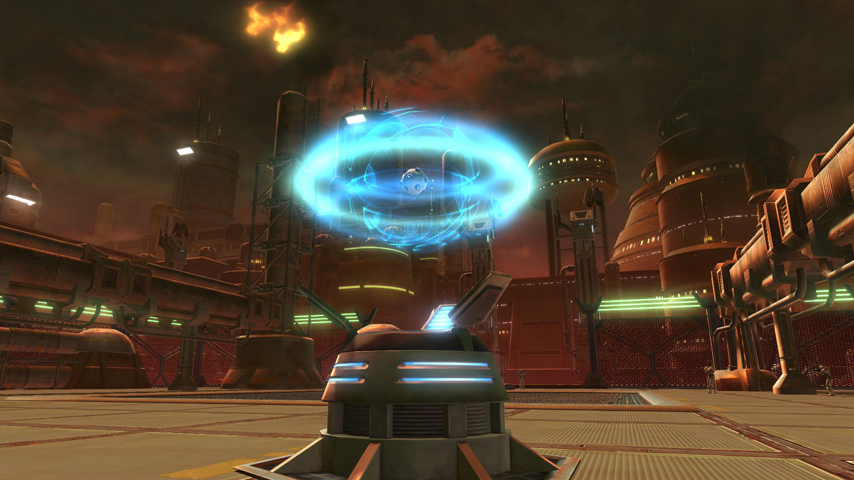 “Get in there and go berserk!” – Baron Deathmark

4 replies on “SWTOR: Bioware talks about Warzone Arenas in Patch 2.4”

PvP is about Skill , the fine thing is that all get the same gear and then compete for being the best , no point in compete when u have lower gear

Totally agree. It is no sign of skill beating up players that have no way of harming you just because you have superior gear. That said, gear customization (i.e. choosing which stats you want to focus on) should play a part in whether you win or lose. But the gear itself should not be inferior. SWTOR has so many things going for it, it doesn’t need the gear grind, especially in pvp.