The latest Cantina Tour happened in Germany around the Gamescom area and here are the files from the thumbdrive, including concept arts for new Dewback mounts. Special thanks to Markus/Flup and German fansite Jedipedia.net for sending in these images!

Screenshots from Oricon, the new planet in Patch 2.4. 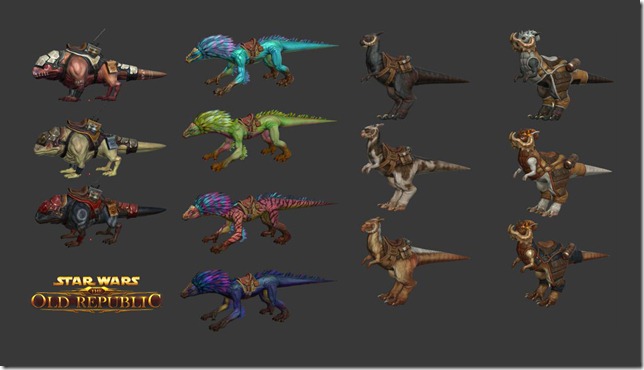 They think, that people who like competitive PvP are both interrested in RAs and RWZs. They felt, that not enough people were playing them and now want to introduce RAs as the place for competitive PvP in SWTOR.
The reason not to keep RWZs is, that they think, that with two seperate rated queues, both will be too starved, so both RWZs and RAs pops will be too rare. However, the chances that RWZs will return are quite high, when they see, that the RA queue is used alot.

Are you going to the Seattle Cantina Tour on Aug 31? I would love to have the cantina tour thumbdrive images from you! You can submit them to me via email!