Note: This list is organized by ease of access. Some of the items may be purchasable at an earlier zone but it is usually in the middle or end of that zone and therefore harder to get.

A lot of you who have done World 1 back in April may already have this since you can buy it from the shopkeeper right before the Frog boss in World 1 Zone 3. However, it wasn’t needed for the Minor in Enhancement achievement in World 1 so it was a mystery. Luckily, this item now counts for Major in Enhancement.

You can also buy it from the shop keeper at the entrance to World 2 Zone 1 or World 2 Zone 2. It costs 225 baubles.

You get this glove automatically when you defeat the Assassin boss in World 2 Zone 2. He is after checkpoint 4 if you are keeping track. 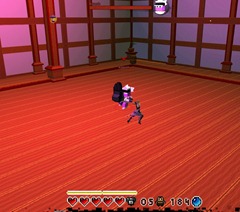 This is sold by a hidden shop under the pagoda with the gong. The fastest way is to take the shortcut eagle in World 2 Zone 2 and make it to the very end (just stay around the head of the eagle and when you hear wings flap move away from the head and move back when the bees from behind pass). Once you make it to the very end of the shortcut eagle, it will place you on a wooden structure that holds the bell. Jump off and die and this will port you to the checkpoint just after the gong pagoda. 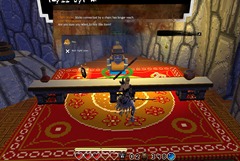 You can get this flute elsewhere but the easiest way to get it is probably the shopkeeper at entrance to World 2 Zone 3. If you want to get it earlier and don’t mind a hit of traveling, you can get it in World 2 Zone 1 at one of the hidden shops (It is Hidden room 5 in this guide). 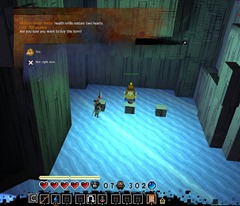 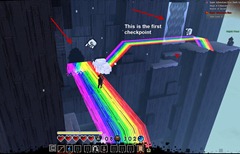 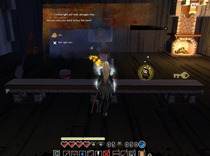 Same shop as the Torch, vendor also sells Nice Scoop for 325 baubles. Another location if you don’t have World 2 Zone 3 unlocked is the shop right before the final boss in World 2 Zone 1 but it is a bit further and requires more traveling. 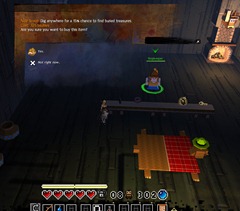 Past the first checkpoint of World 2 Zone 3, head towards the yellow bauble on the ground and keep going left. Soon you will corner a smaller corner in the wall with an opening. Throw bombs into it and you will find the secret shop that sells the Bauble Tote Bag that can hold 750 baubles. The screenshots are not the best so please consult the video. 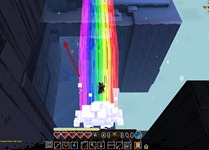 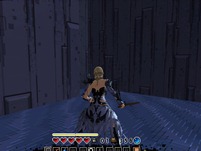 Moto’s Finger is a bit tricky to get. You have to make to the foggy area before the spiky area with the icicles and push blocks. It is shortly after the part with the two goats jumping on the puzzle tower. You can use a bit of infantile mode cloud but the rest you will have to climb like in normal mode since the infantile mode cloud skips over that area. Note that you cannot use the shortcut introduced in the 2016 release as it completely skips over and send you to the end. When you see a split in the path with two teleporters, pick the one without the happy face and keep following it. You will see the pyramid tower with the jumping goats soon enough and the checkpoint we need to get to is shortly after that. 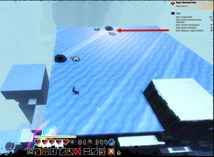 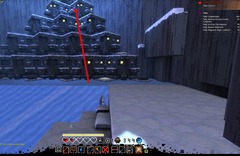 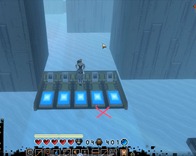 You also need the following

Jump from the infantile cloud to the wooden bridge below and proceed to the pillar with the frozen waterfall. Go through it with your torch and then look for clouds on your right (zoom in if you can’t see the clouds). These clouds will take you to the hidden area with Moto’s Finger. Don’t jump to them yet! Instead, take the clouds to the left and these will take you to checkpoint nearby as you will need it to run back quickly. 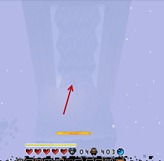 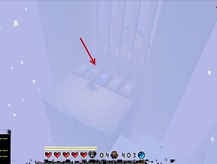 If there you see two different paths of clouds, take the left path. You will arrive at the final trio of clouds before a wall and will need to play 332331 (play 3 while jumping to the first cloud to allow it to channel, and then play 3 again before jumping to the second cloud. On the second cloud play 23 and then jump to third cloud to play 31. If done correctly the wall should open and you will need to hop in quickly before the cloud disappears. 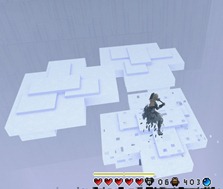 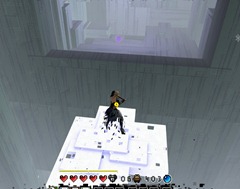 Defeating the Storm Wizard at end of World 2 Zone 3 will reward you with an extra heart.(thanks Aurora Mistfire for the screenshot) 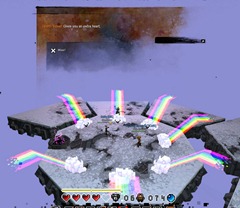