Information related to the rare spawn on SWTOR Oricon planet named Harbinger of Fear which can drops the helm from the Hallowed Gothic set. Information provided by Theho @ T3-M4 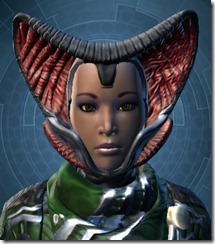 Special thanks to Theho of T3-M4 for providing the information!