Bestia is at the end of the pathway on bottom right entrance of  the palace (Sanctuary of Dread).

Dread Master Bestia won’t aggro you unless you attack her first so you can stand next to her. She won’t come down engage you until phase 2 so phase 1 is just dealing with her adds. Bestia will come down and activate phase 2 once you have killed 4 Dread Monsters or it be based on a timer. Be sure to kill the Tentacles first since if you leave them up when Bestia becomes active they can explode and kill some raid members. 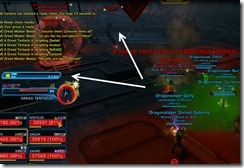 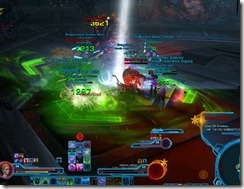 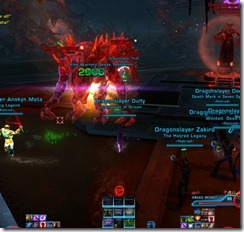 Dread Master Bestia will come down in Phase 2. Phase 2 continues until Bestia reaches 50%, at which point she will cast Gathering Forces and start phase 3.

She has a couple of abilities you need to beware of 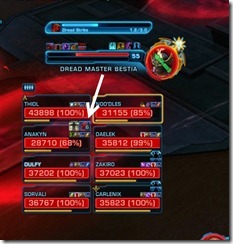 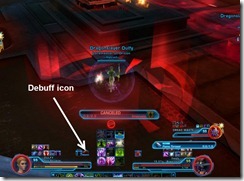 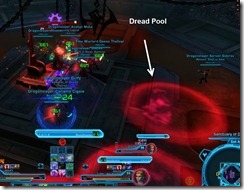 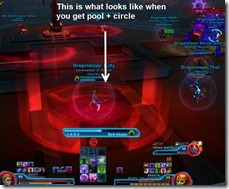 Phase 3 is just a combination of phase 1 and phase 2. Bestia will use all of her abilities from phase 2 and summon adds from phase 1 (she will also say My pets are legion! Behold!)

Bestia will buff any Dread Monsters near her so tank them away from her.

You sure about the four monsters thing? I am almost positive she was coming active sometimes when we had only killed two. We could not figure it out. Maybe its just four of any of the adds?

It was always 4 Dread Monsters for us. Could be based on a time limit?

We are fairly sure it’s based on time.

I can confirm it is time. We cleared it on Sunday. We (Infernal Harvest – Jung Ma) typically had the fourth monster at about 25% when Bestia first attacked.

We did the following:

Kill left monster first (tanks keep them apart). Move right, killing the weak adds before burning down the second monster, then move left, doing the same. The 4th monster would be the only thing up, and we’d usually kill it a few seconds after Bestia came down.

Our DPS numbers were roughly 2350 Average for the whole fight, which was barely enough. So that should give you a bench mark.

This is first boss of dread palace?:)

There’s one mechanic you don’t have listed. We found that if a tentacle is the last add up, or maybe if it’s up when Bestia goes active, it will explode shortly after and one shot anyone in the area. It took out 2-4 people each time.

2 days ago my raid was killed by the tentacles’ explosions and we didn’t know how to deal with it. So we have to kill the tentacles 1st right ?

This first boss is ridiculous even on SM in full 72’s or better. Fought it 10 times in two different groups (both 16 man) and no dice. Too much going on in too small of a space to see anything or click anything half the time. People are also getting the graphical glitch where the first phase of adds can’t be seen or targeted. I have gotten it every single time myself. So, if you get the glitch you cant do much but AOE. Broken.

Drops belt, not bracer (or both)

Could someone submit a bug report (or at least rebalancing request) for Bestia story mode 16 man? Unfortunately I can’t post anything on the official forums because my account is bugged, and nobody seems to be discussing this.
Check the combat logs on torparse, it states that expectorate is hitting 14k each time on 16 man story mode. Meanwhile, it is only hitting 2-3k each time for 8 man. (And I know this is story mode because nobody is hitting tentacles).
I’m not saying it is impossible, because I have gotten past, but it just seems a little unbalanced – especially with the extra numbers and more people getting hit by aoes. Given it is random, one player could get hit twice = instant death. Pug healers in 66 gear are simply not going to cope.

Finally found a 16 man log – think it is SM. It’s a bit odd, searching through all the logs, not every single group seems to get 14k expectorates (But maybe the ones that aren’t were doing HM?)
Figure searching commando/slinger dps logs best, so then at least they should be hitting the tentacle if it is up?
http://www.torparse.com/a/459718/44

I noticed that the guide for this fight is pretty sparse on details, and the strat from the video doesn’t work too well if your dps aren’t top notch, so I thought I would share what my guild has had success with to help out all the other groups out there that aren’t able to beast through the adds like Hatred 🙂 This let us down it no problem in mostly 72s with a new and somewhat inexperienced dps in 69s.

Divide the raid up. 2 dps will be on add duty at all times. We used our 2 ranged for this. They kill tentacles and small adds when they pop. The other 2, for us the melee, stay on monsters. Main tank will grab the monsters as they pop, and hold them. One healer is dedicated to just keeping that tank alive, while the other heals everyone else and drops heals/shields on main tank when they can. Main tank can easily survive tanking three monsters at once this way (for short-ish periods) if your dps is slow. Off tank peels off one monster at a time from the main tank’s pile to avoid having to burn through the defense buff when killing them. Dps focus that separate monster, making sure that the ranged drop off whenever small add/tentacles need to be killed.

Bestia came down for us when two monsters were left alive, one of which was wounded. Offtank grabs all the remaining monsters and main tank gets Bestia. Melee dps hop to Bestia and ranged finish off the monsters. Tanks trade off as usual, around 5-6 stacks, but also swap the monsters to keep them away from Bestia. First swap or two might require the aoe taunt if two monsters are up, which they may be, since they are being killed through the defense buff now. Once monsters are down, just burn Bestia and tank swap. This is the easiest part of the fight. Rest up and regain resource for next phase.

Phase 3:
This seems odd, but dps should ignore Bestia when adds are out for the first part of the phase. Enrage timer is very generous here, trust me, you should be fine. Kill the first two (or three, if your heals aren’t super confident) monsters as they pop. We did two, and lost a tank right at the end of the fight to a stack of three monsters, which rapidly turned things into a mess (luckily she was at about 3% at the time so it was all fine). So three may be safer, and you should have plenty of time. We still had about 45 sec to enrage when Bestia went down.

For the first part, tank who doesn’t have Bestia grabs the monsters, and they swap as at the beginning of phase 2. Ranged continue to drop off monsters to kill tentacles and small adds. Once second (or third) monster falls, dps pile Bestia. Ranged need to keep on the tentacles and small adds but otherwise burn Bestia. The tank without Bestia picks up any more monsters as they come out. Don’t forget the tank swap, which gets tough as monsters pile up because it requires the aoe taunt to grab them all. Sin tanks can use their stealth out strategically to give up the monsters to the other tank, if you have a sin tank with you, but it’s not critical. Tanks may need to wait for a few more stacks between swaps for the taunt to cool down- but NOT more than 8 or you will probably die. You should down her with plenty of time till enrage, even a little undergeared.

Hope this helps some of you guys out there so you don’t have to trial and error your way through like we did 🙂 Happy killing.

The question is how do you kill monsters on off tank since when monsters are staying together, they buff eachother with reduced dmg taken ( and you say you are getting 3 monsters together).

FYI, if you’d like to update the guide, I noticed doing SM Dread Palace last night that they were kind enough to change the color of the Dread Pool from red to yellow. Makes it MUCH easier to see and differentiate from the Combusting Seed reticule.

Hard Mode too. I want to say it was in the patch notes but I’m lazy and don’t feel like checking right now.

Dulfy, why is there not a guide up for Nightmare Bestia? It’s very obvious you’ve cleared it cause you have guides up for the rest, so where’s Bestia?