The meta achievement A Sweet Friend requires you to complete 12 achievements. You can either do the achievements under Festival –> Blood and Madness or do the Halloween dallies.

Head to Black Citadel near the Haunted Nolani waypoint and enter the story instance called the Reliquary. The instance is entirely soloable. 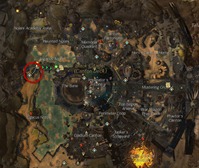 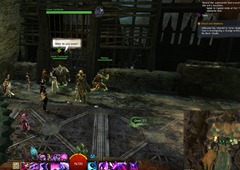 The instance itself is very straightforward. Magister Tassi is at the very end of the instance. One of the doors is blocked but you get around it by using the stairs to your right.

When Tassi tells you to throw everything at Bloody Prince Thorn, throw the Candy Corn at him and that should advance it. This part is buggy so if the instance doesn’t advance you may need to re-try it. 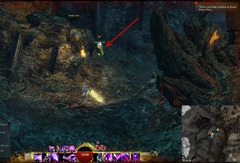 At the end of the instance, you should get a Tassi’s Relay Golem from Tassi 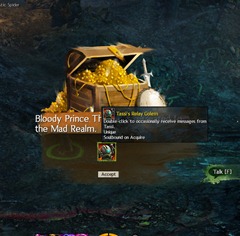 You should get both tiers of Containment achievement inside this instance.

You, Back in the Box

To be able to start this achievement. You must have the Mini Candy-Corn Elemental from either last Halloween or brought from the Halloween vendor in Lion’s Arch for 1 Candy Corn Cob (1000 Candy Corns). 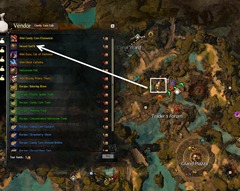 Go back to the same location in Black Citadel and talk to Venna Castblade again telling him you have the pet. This will allow you to enter the passage leading to the next instance Resealing the Bloody Prince.

To defeat Bloody Prince Thorn, the key is on the glazed pool thrown by Tassi. Prince Thorn will only take damage if you are standing inside those pools as it will give you a buff that allow you to damage him. 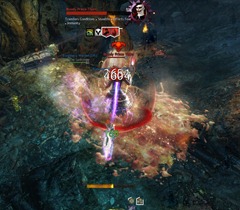 At around 50% and 25%, he will disappear and summon a bunch of adds. Deal the adds the same way as they will take increased damage if you are standing inside the glazed pool.

At around 15%, he will stop taking damage and you will get the You, Back in the Box achievement after Tassi finish her little speech.

To get Upset Stomach achievement, eat 4-5 Pieces of Candy Corn while standing next to Bloody Prince Thorn (do it when he turns red and attackable) . You will get sick after eating some of it and puke directly on Prince Thorn. This will grant you the achievement right away. 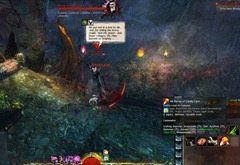 If you managed to bring Prince Thorn down to 15% under a minute, you will get the Beaten Bloody achievement. This is a bit tough solo so bring a friend or two if possible to make this extremely easy. 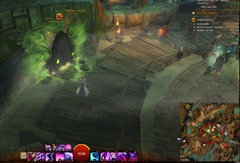 Once you are inside the Labyrinth, take the portal and head down towards the maze.

The following 3 achievement can be only completed inside Mad King’s Labyrinth/Maze. To locate these guys, look for doors inside the Labyrinth, they seem to spawn at specific locations.. These bosses spawn from the doors but they are on a timer so not all doors at that location will spawn them. These bosses are all group bosses and are not soloable. 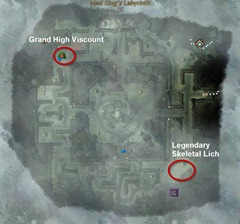 Complete 50 door events inside Mad King’s Labyrinth. The doors are fairly easy to spot on the map. Interact with them to spawn an event and complete it to get credit. 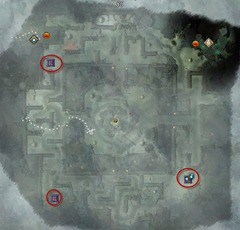 Something Good to Eat

Open 50 Trick of Treat bags – you can get these bags either as drops off random mob in Labyrinth, completing other achievements or from  Mad King’s Clock Tower, either in the final chest or chests along the way. You can also buy them from the TP.

Use the limited use Scarecrow/Mad King finisher they sent you in sPvP/WvW to finish off enemies. You will get 4 in the mail after completing the story content.  You can also loot more as rare drops off Mad King’s Labyrinth. Make sure you activate the finisher in your Hero tab first after you have “consumed” them. 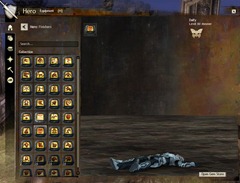 Unlike last year, this can be no longer be done on Sparring NPCs in the Heart of the Mists so you will need to fight real players.

Go to Grand Piazaa in Lion’s Arch and Mad King says will occur every hour. 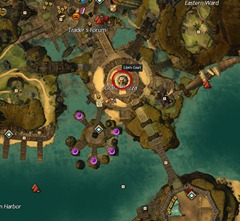 This achievement can be done in a number of zones. If you have multiple characters, you can do it all in Lion’s Arch as the carving pumpkins reappear when you log on a different character. The pumpkins also reset daily as well.

Follow this guide to get the location of the carving pumpkins.

Check to see which achievement you get each day as there seems to be different set of six daily achievements each day.

GW2 Bloody Prince and Executioner’s Outfit in the gemstore