A new overflow map called Edge of the Mists  is coming to GW2 WvW and Arenanet wants your help in testing it! Check out the FAQ after the official announcement which has more details.

We are in the process of designing a brand-new map that will let you enjoy WvW while waiting to enter the existing Borderlands and Eternal Battleground maps. This new map, the Edge of the Mists, will be able to accomodate as many people as want to play in it at any given time. Unlike the existing WvW maps, once a version of the Edge of the Mists fills up, another will be created so that anyone who wishes to take part can do so. 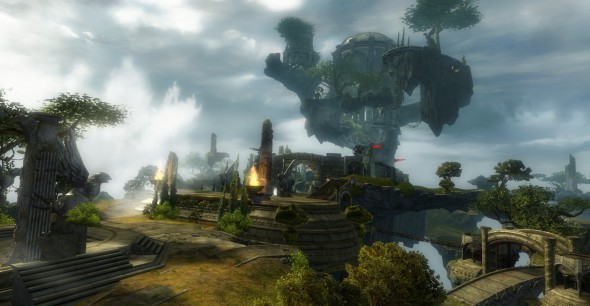 This is a place where you’ll be able to test your WvW skills, earn World XP, and experience content at the cutting edge of WvW.

While this map will allow you to earn rewards that will help you in WvW, it will not contribute directly to your world’s score. This means worlds with a large population won’t be able to use their size to gain an unfair advantage with this map. This is a place where you’ll be able to test your WvW skills, earn World XP, and experience content at the cutting edge of WvW.

It’s imperative to us that we provide space for as many players as possible before we continue to make improvements to WvW, because every time we make changes and updates, more players get stuck waiting in line. This new map will eliminate that entirely and make it so everyone can experience the grandeur of WvW whenever they wish. 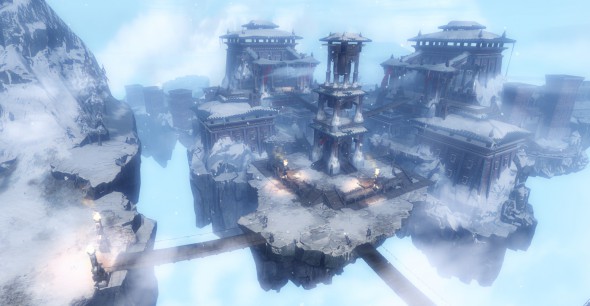 We’ve been looking into tackling the problem of limited space in WvW for some time now, and we have finally reached a point where we can get you, the players, involved in our solution.

We are telling you about this map now, long before we are ready to launch it, because we want your help to make this the best possible experience we can. We will be inviting thousands of people to come play in an public test version of the map to provide us with feedback, stress tests, and to help guide the design and development of the final version of the map. We are looking for guilds that are WvW-focused to provide us with the numbers we need and to provide some of the basic structure we’ll be looking for in these tests.

We’ll be starting off with small testing windows that will become more expansive as we get closer to finalizing the map. To apply for a spot in the test for your guild, please have onerepresentative from your guild fill out this survey. 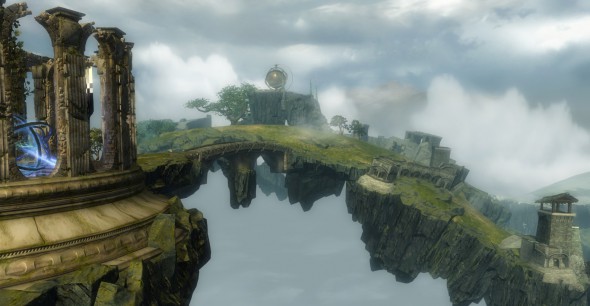 Testing of the map will go through the beginning of 2014, at a minimum. To be considered for inclusion, your guild needs to have at least one fluent English speaker capable of compiling feedback for us. None of this testing will be under NDA, as we want as many people as possible and we need your input.

We’ll have more details about the map as we continue to develop it and as we start the actual testing. Your involvement in this process will be critical to the final implementation and design of the map. We will be making decisions based on the feedback we get from these tests and that feedback will determine the final version of the map.

We are thrilled to be entering into a new phase of development for WvW where we get large groups of players in to test and provide feedback on large-scale projects before they go live.

We’ll see you on the battlegrounds!

Q: Is the Edge of the Mists only open when all maps are full?
A: No, it’s always available from the list I maps it simply is the only WvW map that can overflow.

Q: What happens if you get into a copy of Edge of the Mists with only people from your world?
A: There will be stuff to do. More to be revealed as people start playing the map. For example, if server A have queues for the capacity of 2 overflows and server B and C only for 1 overflow, one copy will have a 3 way battle, the other copy will have just people from server A, however the map will still function similarly based on some solutions we are talking about that will be fleshed out once the tests begin.

Q: I don’t like feature X about this map what should I do?
A: That is ok, this map is in its first stages of development. Apply to be involved in the test and give your feedback. Even if you don’t get into the test there will be NO NDA so you will hear about the progress of the map and be able to comment on it.

Q: Where can I sign up for to help test the Edge of the Mists?
A: Any guild can sign up, regardless of whether or not they play WvW or even play Guild Wars 2. Your Guild can sign up at this link:https://www.surveymonkey.com/s/GW2_WvWCommunityTest

Q: Should everyone who wants to be tester register here?
A: 1 person per guild, please. The idea is that we’ll use one person as a point of contact. More registrations will not increase the odds of your guild being involved.

Q: Are players affected by the bloodlust buff while playing in the Edge of the Mists?
A: Maybe. This whole endeavor will be a collaborative open test and answers to questions like that will evolve as the test does. As of now the answer is no because this map is not intended to contribute to score which the bloodlust buff is capable of doing.

Q: OMG, Edge of the Mists is a bunch of floating islands, the gameplay is going to be all about knocking people off the edge of the islands.
A: There are certainly many larger islands as well as many areas with rails. There will certainly be some places where knocking players off will be beneficial, however we expect to use this test to find the right balance that will satisfy both types of combat.

Q: How does the overflow work? Is it possible to fight against other servers? Is it combined with EU and NA or just one specific region?
A: The current iteration is that you will only be matched up against the other worlds in your current WvW matchup. That is one of the many aspects of the map that we will be actively getting feedback on from the community and the testers.

Q: Will there be any advantages to get on the map? Such as a King of the hill thing that grants buffs, or will it be one giant pit to fight on at equal grounds?
A: The map has objectives, from resource camps to keeps, much like the other WvW maps. Once people get into the maps we’ll talk more about the specifics of those objectives. But this is not going to be far removed from WvW, just new.

Q: Can you enter the map from the good ’ol WvW UI Panel? Will there be portals for it in major cities / Border Waypoints too?
A: Yes to the dropdown. We haven’t put portals in the cities yet, but most likely we will.

Q: Can you place siege on the map? Or is it limited to player skills and teams only?
A: Siege is intended to be an important part of the map. Again, this map is WvW so there will be objectives, siege, etc.

Q: What will the max players be on a map from one server?
A: It’s our policy not to release those numbers. And we haven’t settled on that yet. This is something we will be experimenting with over the course of development/testing. It will be somewhere from the limit on the current maps, to some number less than that.

Q: What do you view under ‘We want the best WvW experience’? What is the goal of WvW and what would be the best WvW experience with the addition of this map?
A: The goal of this map is to provide a place for the thousands of people who queue daily to be able to experience the WvW experience rather than being left out. There will be massive battles, epic sieges, stirring defenses, and crushing defeats on this map. We want as many people as possible to be playing WvW and as we expand into other territories we want to make sure they don’t experience the massive queues that we saw at launch in NA/EU.

this is so cool

I saw some datamining stuff from game on net, where was found minimap image from new zone, and if this overflow is this new zone (probably yes), this will be HUGE map, near 1/3 BIGGER then southsun cove, yes man, insta bonner!

I’ve been dreaming of this for a LONG time…

Lovely, they did something to actually make gameplay nicer 🙂