If you are trying to do this daily to finish up the meta, note that you need to gather from 20 toxic seedlings. It doesn’t matter if the toxic seedling you harvested yielded 5 spore samples or no spore samples, they all count as 1. The fastest way to do this is to look for toxic seedling patches. These patches are in addition to the toxic seedling you get after you have finished an offshoot event and they can be found randomly on the map (look at your minimap and look for gathering symbols, sometimes they can be found near toxic offshoots). Each of the patch usually have about 5 toxic seedlings so you only need to find 4 patches in total to finish it up (I found most of the patches in Kessex Hills but they could be in other maps with the toxic offshoots too). 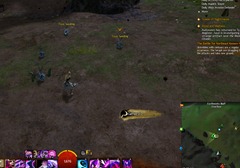 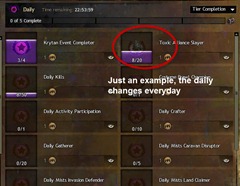 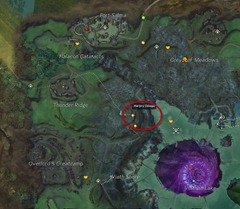 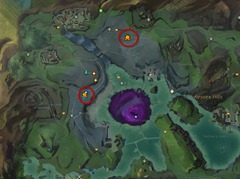 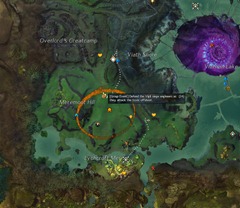 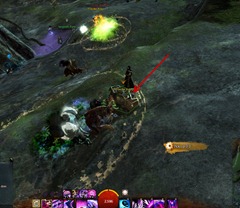 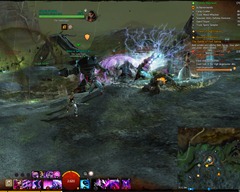 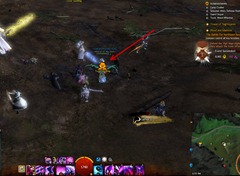 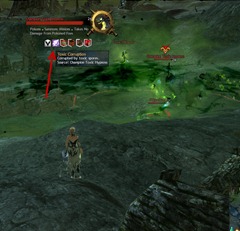 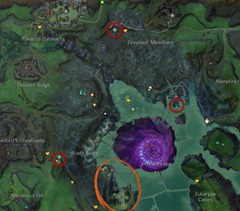 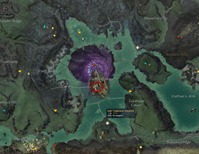 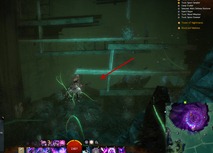 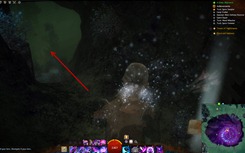 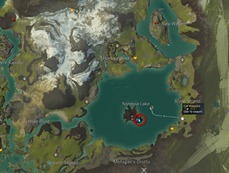 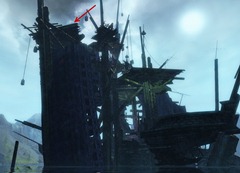 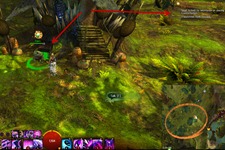 Dulfy we confirmed that the Caledon Krait witch does not give the kill count twice, only once.
Just letting you know~!

I think Metrica Province doesn’t have a Toxic Offshoots.

Oops, you are right. The patch notes mistakenly included Metrica province and I put it in. It is not part of the achievmeents

Toxic Spore Cleanser
Just do a Scarlet Invastion. Clockwork champs and veterans have the buff, too. Once invasion should be enough for this achievement. Just tested on Iron Marches about an hour ago.

Ah neat, thanks I will add it in 🙂

Did the entire Scarlet Invasion in Dredgehaunt Cliffs and got a grand total of 2 with the buff. Lots of others in map chat were complaining that no mobs had the buff. So either it’s based on zone or you were just lucky. Certainly it’s not a guaranteed way to get the achievement.

Had one one every portal when the invasion started. Either a champ or veteran and this continues with every new wave until a portal closed. So it’s probaly just RNG and I was lucky.

Actually all champion events in game can have toxic spore buff, so like queensdale champ train would be good too for the cleanser achievement

No spores spawn in Metrica.

One more daily and you should finish the meta

so is it not true that im hearing peaple have completed all 14 ? just want to be sure

It is not possible to complete all 14 this time, not till next daily reset

thanks for the info

is the witch in timberline bug? its been 1 and a half hour since it spawned

Just guest to another server.

Thanks a lot for this guide, wasn’t sure how to get Toxic Spore Cleanser.

Is it ONLY Champions/Veterans that have the spores on them? Has anyone ever seen normal mobs with them? I’m wondering if we might not be going about this the wrong way; we should be checking normal monsters in the world for spores and killing them if they do.

One of the devs posts only mentioned vets/champions with this buff.

For the “Toxic Spore Cleanser” you can wait until the champion(s) get the debuff. It may not spawn with it, but wait about 1-2 min and it will get the debuff, at least that’s the case in Kessex Hills.

Toxic Spore Cleanser can not be done in Frostgorge. After 1 hour and 15 minutes in the champ train I realized the Frostgorge Champions never ever have the Toxic effect required for the Cleanser achievement. Not one single champion had it.

After being in Queensdale for less than 1 cycle(less than 5 mins), I already got +2 in my achievement progress. The Troll had it and the Oak had it too.

Queensdale champ train is best to do this achievement.

Do champions from kessex’s events have the same chance of champions of other maps to have the buff?

Does anyone here know the time respawn of witch or how much time do we have to wait for it. Or is it still bug after the update been here for 40mins now and only champion krait hypnosis spawn we killed it twice but no witch. – Timberline

Queensdale Zerg bosses spawn with the buff all the time , just oak , bandit and troll at least.

Definitely not all the time but more than 50% chances.

For the Daily, go to Beetletun Farms. You can get all 20 here.

the krait witch in timberline also follows a meta event chain. The “Defend Chief Eztlitl from the krait” event at the village to the north of the lake must be in progress for the witch to spawn. If all the Hyleks there are downed, they will need to be revived before the krait witch will spawn. The event itself does not have to be completed before the witch will spawn, so you need to make sure you have enough time to get back to the top of the tower

This is wrong, the krait witch spawns regardless the status of the event at the north. Here is a screenshot I took the other day – the north event has failed and Hyleks needs to be revived. No one revived them and the krait witch still spawned.

Yep, one doesn’t do anything with another. Same as Dulfy, when I got the witch, no one cares about the other events, they failed, but the witch spawn anyway in about every 30 min.

It seems the reward skill point is only “once” not “once per day”. I can use it for making crystals once per day like other power source but not for the skill point.

So the entire point of this reward is to somewhat fix the mistake of the crystal fusion? Rather than give this lame reward, might it have been better to move the fusion to crafting?

You are right… I thought the reward is a skill point once a day, but unfortunately, its just fusion once per day… (and an extra skill points for each of your characters… which still lame)

Was not able to do this. Can I still complete the achievements?

Daily is done daily, everyday has a different one, that one is over, work on the new ones.

Thanks received a + on tower of nightmare achievement.

Yes, just do the dailies for a few more days.

For what it’s worth: the Timberline Falls Krait witch is on a ~30 minute timer, assuming it’s always the same. I know because I just missed the event and waited for it to spawn again.

She also tends to go down quickly if there’s much of a zerg: far too fast for you to get up the tower if you’re not already on it.

Problems with Toxic Spore Cleanser? Easiest way I know to do it: in front of the Bridge of CoF is an event with 3 veterans wait for that buff and kill them, then guest to another server and do this event again and then guest to another server and do it there too, then go back to your homeserver and the event should be able to do again. Its able to do solo but a lil bit hard. Best way to kill them as 2. But it could be possible that otherpeople guest on your server and do this event so maybe ask them which server they are using and wait for each other or just be fast, what ever:) This is how i did this archivemt

I just wanted to point out that “Reward is a Krait Obelisk Shard which can be used once a day per account at your home instance to gain a skill point” is wrong, you can only get the skillpoint once per character, for me at least.

Has anyone else had a problem with Krait Bane bugging? I killed all 3 champion Krait Witches and didn’t get credit, so I went back and killed them all again, still to no avail.

Once you unlock the place of power, it can be found in your home instance, which in the grove is Dreamers terrace, on the bottom level, go to Ronans Waypoint, Then NE from there. If you look at the world map, in the bottom right there are layers you can select to see different layers of the map, click the bottom one in the grove to see it. Good luck!

Toxic Spore Sampler: Can I still get this now that the other living story is out, or is it took late because Marjory has gone into the tower?

You can still get it

Can I still complete Nightmare Unveiled? If so where is Majory located at now? Thanks!!

Thanks found her and I think you’re right.

There are more dallies than just 3. Everyday there is a new daily.

so i still can get it?

Yes you can still finish the meta

thanks, just did another daily and worked indeed