You can redo this instance by talking to Majory’s Helper Dee in Kessex Hills after you have finished the instance. 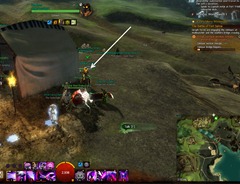 Getting to the puzzle

Click on the disabled injector to take the remaining antitoxin and apply it to the Vine Passage. 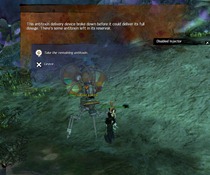 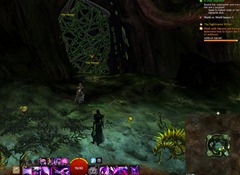 Completing this story instance for the first time will grant you the Antitoxin Injector backpiece. 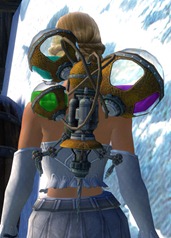 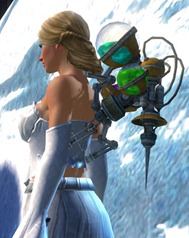 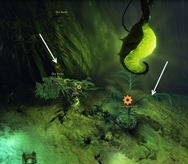 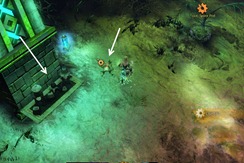 Put all of the 4 items into Scarlet’s Forge. Defeat waves of Toxic alliance mobs and when you inject the antitoxin you will get the achievement. 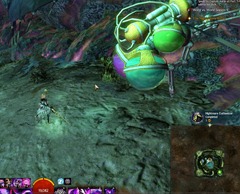 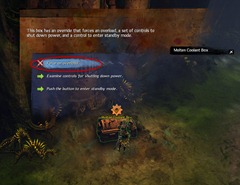 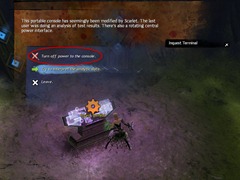 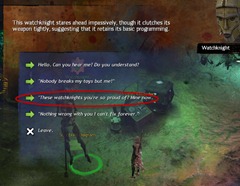 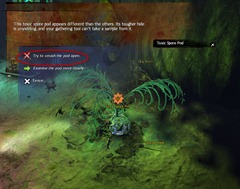 After you have done all the above, put all of the 4 items into Scarlet’s Forge. Defeat waves of Toxic alliance mobs and when you inject the antitoxin you will get the achievement. 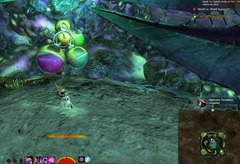 How is this a puzzle? Did you solve it, or just brute force the answers thru trial and error? How would one derive the correct answer?

the molten box , by the name of the patch, it was flame & frost (snowflake or icicle), the iron part can be iterated or (chars = iron (legion)) and stuff, the inquest by chosing the logical way to sort the results of an experiment, the toxic spore was easy, the only one hard to catch for me was the watchknight robot.

That’s an interesting way too look at it too! I was thinking:
you melt things with flames, you cool things with ice, boxes are made of iron 🙂

Agreeing with all of the above (Oruam) – the watchknight robot wasn’t that hard though if you took part in the Queen’s Jubily Patch and didn’t jump the cutscenes.

Does each instance completion grant a tricolor key?

nope,just tried a second time,got 5 spores and a choice of champ loot bag

Is the initial reward for the story account wide or can I get it again using alts?

The first prize, the backpack skin, can be earned with any toon. You only get one. Spores and Champion backs can be earned indefinitely. (At the time of writing this, Arenanet might change that in the future.)

So you can’t get a new tricolour key each day?

The chest is now on Kessex Hills. You can trade spores in for key parts once a day with Mallory’s friend, indicated with the yellow marker.

When do you get the back piece… after doing all achievments or blowing up the tower the first time? I did that and did not get a back piece… just wondering.

You get it when you complete the instance the first time. You get a pop up box with the backpack

What should i do to use the Injector Skin as pve?

Just click it and apply the skin to another backpiece in pve.

Thanks…. So i need another backpack to use this, its just a skin… okay damnit my mind xD….. Thanks very much

its not worth it looks bad

can’t die in instance to get achivement?

Hmm I think you can die? Not sure, I never got downed or died so not sure hah.

I died once, right after beating all the Aether blade guys and Marjory revived me

Ok so I have done both ways prolly 10 x exactly the way you have said here and I am not receiving the achievement.. what else could I try??? thanks

Yes i finish every time

That’s what she said.

Although hang on…when you say “finish the instance”, does that mean I should NOT take the portal at the end, after injection? Because I’ve definitely taken the portal each time.

You get the achievement immediately before you take the portal, when you inject the stuff into the tree.

There was a glitch with the achievements. It should work now.

I’ve tried 4 times in the past 2 days to get Nightmare Euthanizer, with no success. I’ve solved the puzzles perfectly each time. Two runs each on 2 different characters, all the way through the instance, nothing.

I’m about to try brute force to see if at least that achievement is working.

Works just fine for me. Thank you Dulfy!