A guide to GW2 Twisted Marionette, a temporary world boss introduced with The Origins of Madness game update.

Twisted Marionette is a new temporary world boss in Lornar’s Pass and her event begins every 2 hrs on the hour in Lornar’s Pass. You will get a 5 minute window to prepare and the fight officially starts at 5 minutes past the hour.

Her event is restricted to the area near False River Waypoint so players should head there if they want to participate in the fight. 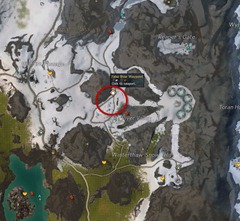 Twisted Marionette fight is structured into 5 lanes so players will need to divide themselves into 5 groups of ~25 players each. Different servers may label the lanes differently but I will use this designation here to avoid confusion (lane order provided by Vancelot on Reddit).

There are two phases to the fight: Phase 1 which is  standard defense where players need to defend their lanes against waves of onslaught by Scarlet’s minions and prevent them from reaching the red gate at the end of the lane.

In phase 2, the gate turns greens and everyone on that lane interact with it to get ported up to an arena separated into 5 circular pads. On top of each pad is a champion mob that must be defeated within a certain time limit. Once this champion mob is defeated, the power regulator on the pad becomes attackable and players must destroy it before the time limit runs out.

Every lane will start off with phase 1 but gain entry into phase 2 one lane at a time. Lane 1 will enter phase 2 first and once it is finished with phase 2 (either success or failure), Lane 2 will enter phase 2 and so on. Unless one of the lanes fail phase 1 terribly, all five lanes will experience phase 2 in sequential order.

On the right side of your screen is an indicator for Twisted Marionette Weapon Test. The two important part of this indicator to notes are 1) Chains severed out of 5 and 2) Aethercannon Power Level.

Everytime a lane successfully completes their phase 2, one of the chains gets severed. However, if one of the lanes fail their phase 2 or let some of the mobs escape through the red gate in phase 1, the Aethercannon Power Level will increase.If players managed to sever all 5 chains before the Aethercannon Power Level reaches to full, they win the fight and receive the highest rewards.

If Aethercannon Power Level reaches full before all 5 chains are severed, the fight is considered a failure and all players in the area will be immediately killed. You will still be rewarded based on how many chains are severed.

Phase 1 is rather simple and easy. There is a portal at start of each lane that spawn waves and waves of mobs that try make their way towards the red gate all the way at end of the lane. Your goal is to kill these mobs before they reach the red gate as each mob that make it past the gate will raise the Aethercannon Power Level. 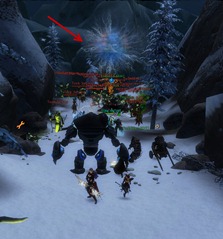 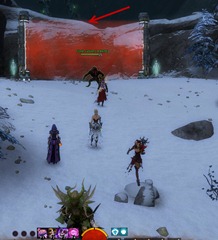 Each lane is also supplied with a number of defenses – barricades, siege weapons, and golems. These will help to slow down the wave of incoming mobs. You will find repair hammers near the start of the lanes that can be used to construct these barricades (their locations are already pre-determined, you just need someone to build them). These repair hammers can be also used to repair the barricades when they get low on HP. 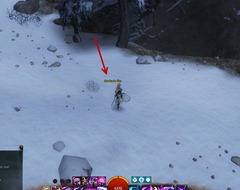 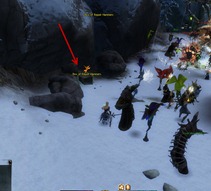 One thing you really have to watch out in phase 1 are the champion mobs that spawns and attempt to rush the gate. You need to chase them down and make sure they don’t get too far.

Phase 2 is the most difficult part of the fight and it is designed to single out players and test their ability to follow mechanics. Players not only need to survive and dish out DPS, they also need to do so correctly.

Each group is placed onto a disc shaped arena and must defeat a champion Regulator mob with special mechanics while avoiding Twisted Marionette’s telegraphed attacks which deals a ton of damage. Players cannot help members of other groups as they are blocked from interacting with them and can only watch from the sidelines. Once they have defeated their champion mob, they must also destroy a Power Regulator on their disc. All five groups must all successfully defeat their champion Regulator mobs and destroy their Power Regulators within the time limit (~2 minutes). If any single group fails, the entire lane fails their phase 2 and the lane after them must repeat their phase 2. 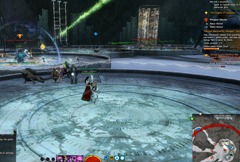 Players should be adequately geared with food and other nourishment that help their DPS and/or survival (i.e. food that help your vigor regeneration and therefore dodge). Utilities that help downed players such as Warbanners are especially handy as a single dead player can make the difference between succeeding or failing the event. Priority at beginning of the fight should be to revive downed players to help overall group DPS but you might be forced to abandon them near the end of the time limit to finish your objectives.

By default, each lane in phase 2 is assigned a chain in sequential order (i.e. lane 1 have chain 1, lane 2 have chain 2 etc) and have their own version of the champion Regulator mobs and special attacks from Twisted Marionette. However, if any lane fail to complete their phase 2 successfully (i.e. failed to sever the chain), that lane’s chain will be given to the next lane to complete and so on until either a lane successfully completes it or the entire event fails. The chart below give you an idea of the regulator champions and the Twisted Marionette attacks associated with each chain. If any lane chains to sever their chain, it will given to the next lane so you will need to keep track of who failed their lane and how many chains are severed to know which lane is doing which chain as the fight progresses.

This fight allow you to have some leeway so you don’t need to have a perfect execution every lane to win the event. Assuming none of the lanes allow any of  the mobs to escape through and power up the Aethercannons during Phase 1, you are allowed to fail the phase 2 lane event 5 times and still able to complete the event successfully.

This means that a lane failure isn’t a end of the world and commanders should try motivate people after a lane failure so players don’t give up and fail the next lane when it can be helped.

Because phase 1 is less prone to failure than phase 2, you do not need full 20-25 players to defend a lane during phase 1. This allow you to send in some players from other lanes as reinforcements as needed. When using this trick, players should be careful that they do not all go help another lane and leave their lane with weak defenses.