An achievement guide to the GW2 Triple Trouble set of boss achievements for the Great Jungle Wurm.

The achievements here are only available for a small timeframe during the escort. If you miss it then you will need to wait for another 2 hrs for another escort. 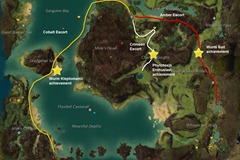 Near the end of the Amber Escort (right most escort) is a Plagued Carrier Abomination with a yellow icon on top of his head. Kill him and then run to his corpse quickly so you can get the Wurm Attractant buff from the puddle that spawns from his corpse. This will grant you the Wurm Bait achievement. 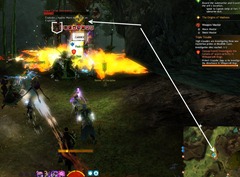 Close to the end of the Crimson Escort is a Phytotoxin cloud that you need to run up and grab the buff from it. This cloud only appear for a few seconds so you need to run to it immediately before all the buffs are taken. 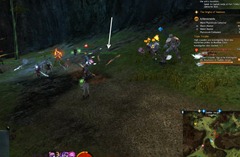 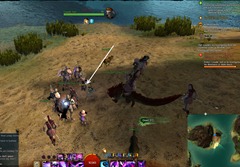 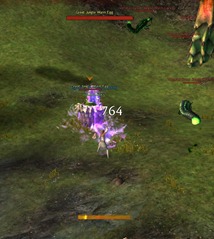 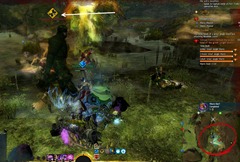 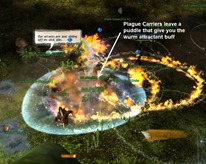 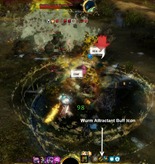 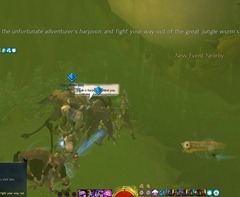 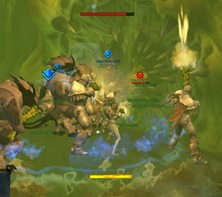 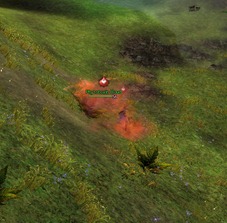 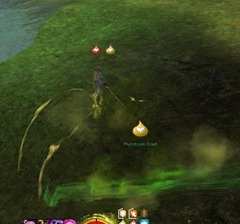 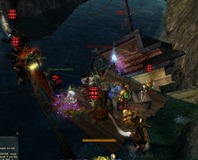 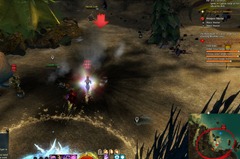 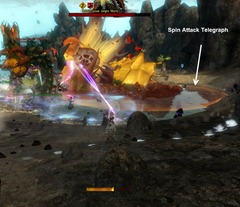 There is a difference between decapitation and kill for this fight. Once you bring a Wurm down, it is decapitated and turns into a Wurm head. If you then bring that Wurm head down under the time limit, you have killed this Wurm.

what the fuck was arena thinking….i want to see them do it LOL

don’t complain… there was no “hard” content in this game and when they add something that requires more brains than muscles, everybody’s whining… it’s absolutely doable. We (elona reach) killed the marionette several times now, and are still trying to kill the wurm. In the last try, we killed Cobalt Wurm in under a minute, but failed to stop damaging it to kill the other two. It’s all about tactics… You’ll need serious Coordination (like when killing Tequatl) and MANY people. Make sure these people work together and you’ll kill them. =)

Yeah, Like you actually CAN make sure a bunch of randoms will work together. Right now it’s about luck: either you end up on a map with decent ppl or not. Brilliant way to implement events and achievements.

They were thinking lets make a real team fight. TTS killed the wurms, and failed on the 3 heads.

Well, no one should be “forced” to join a guild specialized in these events to be able to enjoy content, should they? Or even guest for that matter. Server coordinated efforts in an event are cool, but when those events do not scale accordingly or when you end up depending too heavily on other people, it becomes a mess.
The mechanics in these events(meaning the wurm and teq) are not designed in a way to let a minimum amount of players enjoy and even have a chance at this.

The marionette is the same, although it has a better design, meaning players have a good chance. Then again, it does have a great flaw, if one platform fails(I’ve had this happen when just 1 to 3 players got sent to a certain platform, and the champ didn’t scale accordingly), all platforms fail.
If someone tells me, “Well, thats the thing about unity, if one fails, all fails, live with it”, the problem is these events have no aftermath events to the, meaning we can’t really “deal” with it, and get left standing there with no reward for our time or effort.
I think the main problems here are the non-scaled content, the accessibility(overflows, guesting, joining specific guilds), the lack of variety in the mechanics depending on te number of players participating(different from scaling), and even the lack of aftermath context.
And don’t get me wrong, I love GW2, I admire ANet and I love big world events, but these problems should really be addressed in one way or another, and what you just said right there is a completely invalid statement when you’re solely referring to one guild and their efforts. Plus, “KILLED the wurms, and FAILED on the 3 heads” – Might be misinterpretation on my part, but is that a paradox of some sort?

What were they thinking with wurm and marionette … depending on a group ( here ) or small number of players ( wardens at mari.) is insane. 5 guys can mess up 200 in a marionette fight, which i haven’t successfully done ( 7 tries ). Wurm heads is even more insane, there shouldn’t be a timed window, also timers should be longer. And the damned overflow!

HI dulfy. What do you mean by “You do not need to do this all in one event.” in both of the decaptitator and slayer cases?

It means that you don’t need to decapitate/kill all 3 wurms in one event. You can decapitate say just Amber Head in one event, then next event decapitate Crimson head and so on.

Any idea why Wurm Kleptomaniac would not trigger after picking the bottle up, multiple times?

Okay I have figured it out:
You will only get the achievement if you pick the bottle up while in the escort’s event circle.

is this still bugged ? just tried today and it didnt work !
such a fking pain in the ass.

Works now, for the record.

Four months late, I know, but I tried for it a month ago and did not get the achievement, nor did anyone in my party.

I’m back! I did the Wurm with TTS and they said it’s a problem with people going for an early kill. We waited until the Abomination had some time to walk towards us, then we went for the kill and got the achievement. 😀

Hooray! I managed to get it a few weeks ago myself. I ended up on a fairly empty map, posted in map chat explaining not to attack the abom so it would explode on its own, and boom… achievement got. After so many months of trying it was a great feeling! ^^

Wurm Bait fails if you KILL it. You have to let it die on its own. Both this guide and Reddit are wrong.

It’s not wrong, the abom explodes just like the aboms that you kill to
get the bait in the actual event. Why would this one be any different? I
did the achievement by killing it.

If the abom dies too fast it bugs and doesn’t give the achievement. Safest to let it explode on its own.