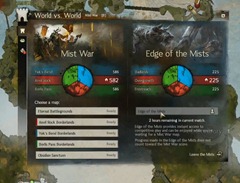 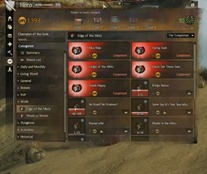 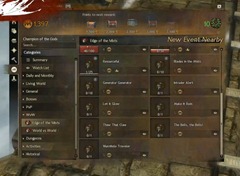 11 replies on “GW2 Edges of the Mists Developer Livestream Notes”

Interesting concept they have with this! The edge of the mists seem pretty fun to participate in. ^ ^

Prediction: EotM more fun and interesting, less issues with population. Staging ground for real WvW. Who thinks we may see the amalgamated red/green/blue system in WvW some day?

Mmmmhhh… idk, don’t think it ll come…it would be wiser to just give buffs to the outnumbered servers to put up more of a fight…
Still the interesting thing is that the EotM is a map used as a prototype for wvw mechanics too…so i think they’re gonna rebuild “””””soon””””” the WvW from it’s core imo…right now it’s too idiot/zerg friendly and it can’t change with small fixes only.

I was scared that perhaps the Living World Story would take place entirely in the Edge of the Mists but thankfully it looks like I’m wrong. Overall, it looks like a good patch.

http://www.youtube.com/watch?v=-nf8qoBwHg8 I made a short Video from the new Quaggan Finisher. It’s from the LiveStream

I think its unbalance….

Actually it’s balance…so that low pop world can still enjoy EotM…there’s a cap anyway per “overflow”, so you won’t have problems with worlds having too big teams compared to you.

could they add an gvg arena in eotm?

Did they say if the new map again adds requirements for the 100% world-explorer achievement? I hope it’s not gonna happen.