If you wish to know in details about the loadouts for each of the new ships listed below, please use the Galactic Starfighter Build Calculator as it is updated with the newest ships.

Although its design is derived from the FT-2 Quell, the Dromund Kalakar-built FT-3C Imperium lacks some of its counterpart’s speed and maneuverability. Instead, the Imperium carries heavy defenses, state-of-the-art sensors and command-and-control systems–it is the pivot around which a squadron turns, bolstering and coordinating allies while under fire. Its secondary weapons are oriented toward eliminating armored objectives instead of dogfighting; Imperium pilots are conquerors first and warriors second. 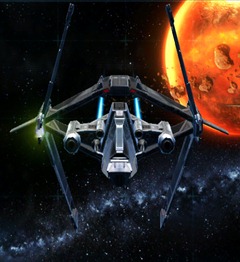 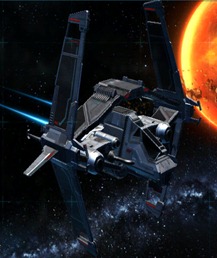 Imperial starfighter squadrons drill relentlessly so that their pilots fly and fight with a single mind. For ultimate coordination, the Tandankin shipyards S-SC4 Bloodmark is practically a necessity. Sacrificing some speed and maneuverability along with ship-to-ship missiles in exchange for some of the galaxy’s best sensors and communications technology, the Bloodmark also possesses unique subsystems for improved battlefield awareness. A squadron containing an expert Bloodmark pilot can act with greater efficiency than any other 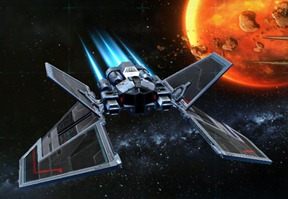 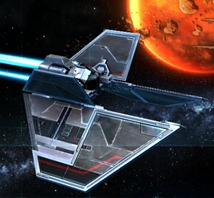 The Rendili FT-7B Clarion lacks the weapon capacity of other strike fighters, instead possessing a powerful array of sensors and command-and-control systems that boost overall squadron effectiveness; if a typical strike fighter is a squadron’s fist, the Clarion is a squadron’s mind and voice. The Clarion also sacrifices a degree of speed and maneuverability in return for heavier defenses, and its secondary weapons are oriented toward eliminating stationary targets and armored objectives

Outsourcing dozens of components to sensor manufacturers previously focused on the scientific market, Corellia StarDrive managed to assemble the Spearpoint scout ship–a vessel whose sensors and communications equipment outperform practically every other ship on the market, including other scouts. The Spearpoint also possesses auxiliary systems designed to coordinate and support an entire squadron, offering fellow pilots a clear view of the battlefield. These enhancements come at the cost of some of the scout class’s traditional maneuverability and speed, however, and also sacrifices some internal storage space 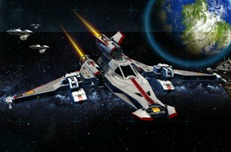 Seems like devs tried to merge 2 models in one to make these ships D:

They have the original ship models; it’s much faster to open one of them in the 3D editor, cut out part of the model, then paste it onto another model and save it as a ‘new’ ship than it would be to actually go through the process to design a new ship from scratch. That’s why we get an Imperial fighter with more wings and a Republic fighter with more engines — less work for the Art Department. That’s also why we get gear that’s just a recolor of existing gear far more often than we get something with a genuinely new appearance.

this has always been the case though, all strike fighters share the same center peices. all scouts do etc.

Hmm…I am not sure these new ships are going to be all that popular. I’ll give them a try though.

So finally we get the Mark VI Interceptor and that ship from the trailer and the Republic Starfighter Launch Deck which I have affectionately dubbed the “ARC-170/X-Wing hybrid Pike”. Good to see them flyable at long last.

Yeesh… a Strike Fighter which can have both Charged Plating AND Repair Drones in conjunction…? That’s going to be one hell of a fun ship to play. Nyehehehh…

That Republic Strike Fighter looks amazing, similar to the ARC-170 from RoTS. I like the new Scouts too, for both factions. The Imp Fighter looks a bit like a TIE Fighter design gone wrong, but I can live with it more than the current ones.

Off topic, sorry: but I just took part in the ESO beta and I think realm vs realm battles with a thousand ships at once would be so great in a SWTOR universe.

I play it every day and I love it.

I play everday to. its great fun. ques instapop so I’m guessing a lot like it

I at least do the daily every day, more sometimes if I have time. It’s a blast.

same with me GSF is a hoot once you get used to the controls.

Yeah I’ve even started doing the daily on my Empire main too.

In real life that republic striker wouldn’t even take off, due to the amount of “wind interference” on the wings.

yep, both strikers wouldn’t work in an environment with air.

If the power to weight ratio is high enough, it doesn’t really matter.

Air in space? these would work perfectly fine in space as long as they take off from a space craft carrier ..aerodynamics doesnt play a role with ship design with no air to resist and junk …

I know… my comment was more fitting in our current reality.

To be fair, Kuat Mesa is inside the atmosphere. Not that I’m not going to be losing sleep over it either way, mind.

well space craft carriers are built on orbit, so you will need to move them from planet to ship 🙂

Are you kidding me?? These ships will change the battle was made. Now Bombers won’t be able defend those satellites so easily, more healing power in the play and more interrupting and intercepting involved in these ships. this’ll be interesting after all. In conclusion, the battle will get even better, or else almost perfect, when 2.8 arrives and adds the Infiltrator ships/ stealth ships in the playing grounds, not to mention the new pvp zone for GSF (awesome).