A new blog was released on SWTOR official site today, detailing some of the features of the new Quesh huttball map.

The most brutal game in the Galaxy is back! The magnanimous Giradda the Hutt has graciously opened up his latest Huttball Pit on the noxious planet Quesh and is currently looking for deaths participants to entertain him! 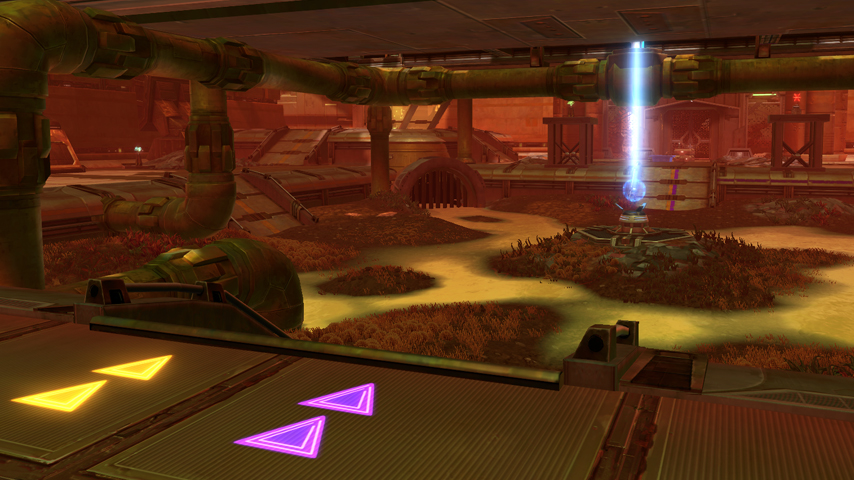 The new Pit, built especially for Giradda, is a different layout than the inaugural Huttball Pit on Nar Shaddaa. The layout is more vertical and has much deadlier traps, which create a fresh experience but also keeps the same thrill and nail biting moments associated with Huttball intact! 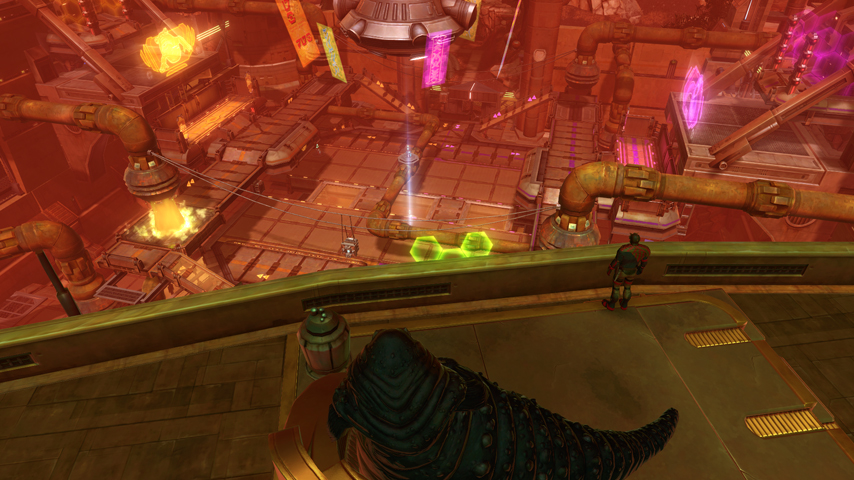 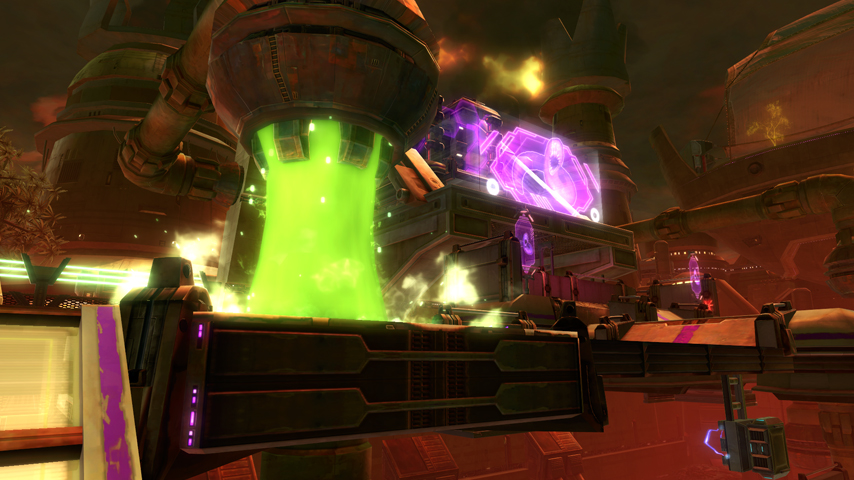 A Huttball map wouldn’t be complete if it didn’t have deadly traps (and Baron Deathmmark as your host!) and Giradda has got something special for you on Quesh! Toxic sludge pipes will rain down acidic pain upon anyone unlucky enough to get caught in the downpour. In addition to dealing damage, the toxic sludge also slows down its victims as the goo sticks to their booties! Giradda hopes you enjoy this as it cost him a couple of credits to outfit a cleanup crew with new protective gear. 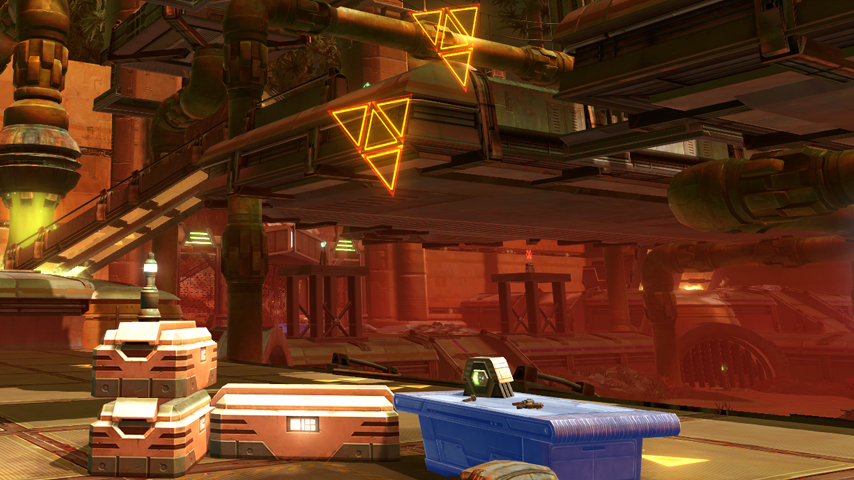 Moving down the Quesh Huttball Pit is easy (simply fall down) but getting up can take some navigating. If you aren’t carrying the Huttball, you can interact with the magnetic grapple blaster tables to quickly move to the second level of the structure. Using the magnetic grapple blaster tables also grants an immunity buff for a limited time to “ballistic effects” such as pushes, pulls and knockdowns. This gives players a bit of a respite when they make it to the main killing platform. It is important to note that players with this buff are also unable to hold the Huttball. Baron Deathmark wouldn’t want to make things too easy.

We hope you enjoy the new Huttball and we are looking forward to you testing it out on PTS and playing it in Game Update 2.7!

Anyone know how long the buff from the grapple blaster tables lasts for?

So… they found a use for MGGS?

It is important to note that players with this buff are also unable to hold the Huttball.

Aw 🙁
Hmm… I dont get it
So… if ball-handler do pass to guy who just used this grapple… he unable to catch ball while buff holds?

P.S. sorry for my english 🙂

Yes: those that have just used the grapple cannot catch the ball, since their hands are preoccupied with the grapple.

Correct. It also means that the ball-handler cannot hold the ball and use the grappler table. Just like how you can’t stealth or use phase walk without losing the ball.

“the toxic sludge also slows down its victims as the goo sticks to their booties!”
… Booties?