A guide to getting the ESO Mountain Skyshard in Cyrodiil.

The Mountain Skyshard is a single skyshard in the NE region of Cyrodiil on top of a very tall mountain. It is a single skyshard but has an achievement for finding it that is worth 5 points. It might be useful to bring a friend as the skyshard is guarded by a giant that hits very hard and there is chance for players from enemy factions to camp that spot. 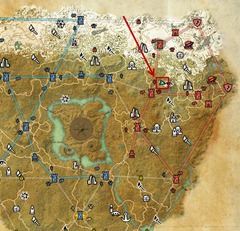 There are two ways to reach this particular skyshard., you can go through the tunnels or climb to it 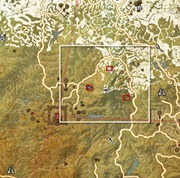 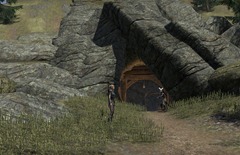 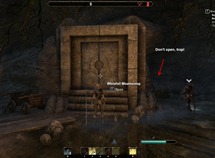 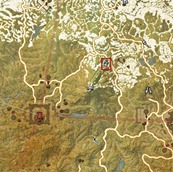 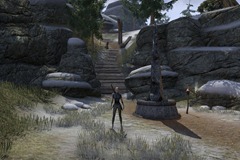 The skyshard itself is guarded by Malvor, a giant. He doesn’t have a lot of HP but has a pretty nasty melee attack. Two level 10+ players can easily defeat him but solo might also be viable. Bring a filled Grand Soul Gem or two  just incase so you don’t have to run all the way back if you die to him 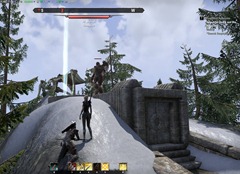 You should note that it’s 5 Achievement Points, not skill points.

” It is a single skyshard but has an achievement for finding it that is worth 5 points.”