An overview of ESO Craglorn, the VR10+ zone added with Patch 1.1.

Craglorn is an overland zone designed for VR10+ players. It is located between Bangkorai and Cyrodiil and therefore share some similar characteristics to Bangkorai. The entire zone is designed for 4 player groups so solo players will have a hard time here. Players can reach the new level cap of VR12 by doing the content here. You can enter this place at VR1 but you won’t find it enjoyable. 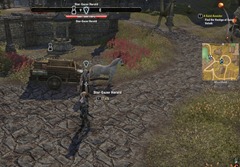 All the quests here are group quests designed for 4 players. You definitely need a healer and maybe a tank to do most of them. Some of them are out in the open world but others are inside private instances restricted to a maximum of 4 players. There are also daily quests here that give you a treasure chest containing loot. 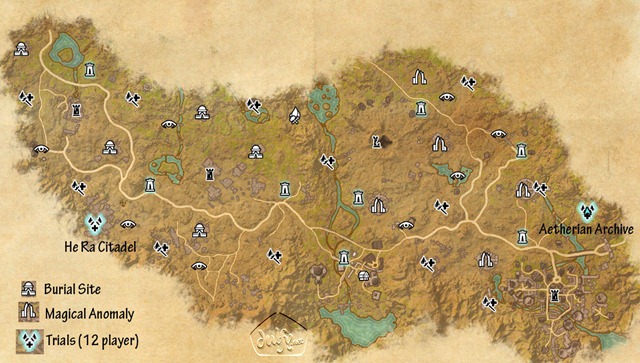 Unlike other ESO zones, Craglorn have no Dark Anchors. Instead, players can find Burial Sites and Magical Anomaly in the zone which are new events. Much like Dark Anchors, they are an excellent source of VP and loot. You will need a minimum group of 4 players but more than 4 players can participate.

Magical Anomaly are mostly in the eastern section of the map. Players can find 5 of them in Craglorn. Inside each magical anomaly is a red Focus Crystal. Attacking that red crystal will spawn groups of mobs that the players must defeat. Once the red crystal is defeated, an Air Atronach boss will spawn and defeating it will given you a treasure chest of loot. 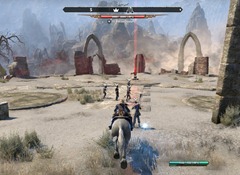 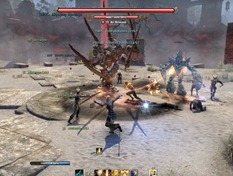 Burial Sites are events where you must defend a NPC while fending off against waves of mobs who are trying to kill you and the NPC. If the NPC dies, you fail the event. There are 5 of them located on the western part of Craglorn.

For the first and third wave, a large group of regular mobs will spawn and attack mostly your group with some occasional whacks on the NPC. However, for the second and fourth wave, two Gargoyles will drop down and head directly for the NPC. This is a DPS race as you must kill the Gargoyles before they reach the NPC or the NPC will de instantly from one of their attacks. 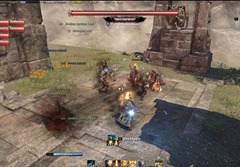 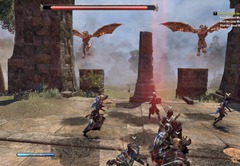 If you manage to get past the fourth wave, the boss spawns with some nasty AoE attacks which will also damage the NPC. This is again another DPS race as you try to finish off the boss before he kills the NPCs. 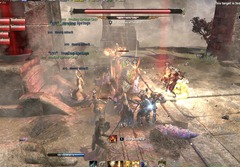 There are 12 skyshards to collect in Craglorn but they are all located inside the 12 delves in this zone. Most of them can be reached easily by a Nightblade using sneak + Cloaking Shadows.

Craglorn also have 9 Locales to explore for the achievement. They are fairly easy to locate but I marked them all down just in case. 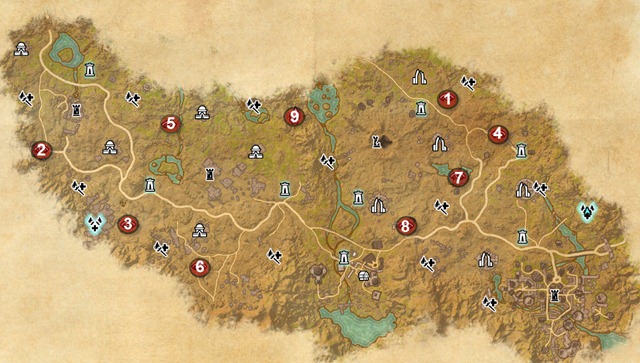 For those looking to hunt down lorebooks, there are no lorebooks that I could find.

A majority of the crafted set bonus got some change with the Craglorn patch. Craglorn also have a single crafting station in the north section of the map (Lanista’s Waystation) where players can craft the Arena set that requires 8 researched traits. 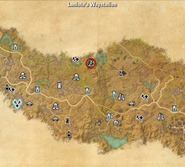 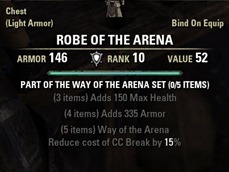 Trials are 12 player “raids”. There are two Trials: Aetherian Archive and He Ra Citadel. You only get 36 rezzes for your entire Trial and if you run out of these rezzes, you will need to start over. Luckily there are no lockouts but the low rez limit can make learning fights a pain.Aetherian Archive have four bosses, He Ra Citadel might have the same number.

There is a leaderboard for raid teams that finish the fastest. Keep in mind though that death adds to the clock so it is better to go safe than getting a wipe.

I wrote up a guide to the first two bosses of Aetherian Archive. Looking to finish up the rest in the near future.

at first i would say, thank you for all your awesome guides. They are absolute
awesome 🙂 In the second i have a question and i don’t know if you already
answered that to other players. But which addons do you use? Especially the
buffs and debuffs and how i could display the percent in magica, stamina and
health. Thanks for your help:) I lsearched already the internet and
youtube but i didn’t found your style.

Hi, the buffs/debuffs/% are part of the FTC combat mod. You need to turn off the unit frame or whatever it was called in the options though. http://www.esoui.com/downloads/info28-FoundryTacticalCombat.html

These guides are amazing!

Thank’s so much Dulfy 🙂

Now i will prepared for battle 🙂

I hope you will never stop to write those amazing articles. Without you i would be lost in SWTOR, GW2 and ESO 😉

How do we get into the zone ?