Festival of the Four Winds/ GW2

GW2 Festival of the Four Winds achievement guide with instructions on getting the various achievements within the May 20 patch.

Unlike the previous living world meta achievements, there are no daily achievements that counts towards the meta. That being said, you are being given 23 achievements and only need to complete 14 to finish the meta.

Festival of the Four Winds – 25 pts 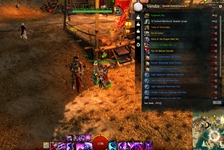 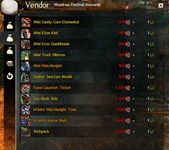 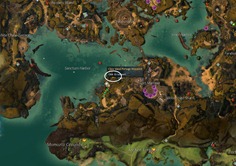 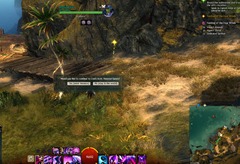 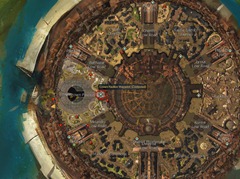 Boss Blitz is something new introduced this year. You will need to donate to Heal-O-Tron in the center of the Crown Pavilion to start it. Once enough funds have been added (watch the event progress bar), Boss Blitz will start and six bosses will spawn in Crown Pavilion. 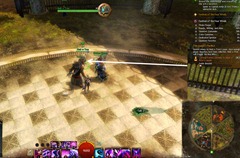 Each six quadrants of the pavilion contains a boss that needs 5+ players to kill. It is best to split everyone into 3 and not zerg on one boss at a time as doing so will scale up the bosses and make them harder. For each boss you wkll, they will transfer one of their unique ability to the remaining bosses, making them harder.

If your Crown Pavilion instance is organized, there is a good way to get at least silver reward by splitting the instance into 3 groups.

This gives each group 15 minutes to kill two bosses which is very doable as long as there are 15-20 per group and not a zerg of 30+.

The following achievements are part of Boss Blitz. 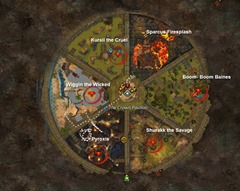 In addition to killing the bosses, there are also achievements for killing 50 of the each type of mobs that inhabit Crown Pavilion.

Queen’s Gauntlet can be access in the upper section of Crown Pavilion. Go up the ramp to access it. Speak to the fight master to pick a fight, ringmaster to enter the ring, and master of gambits to put down a gambit.

There are 12 bosses in total and you can see the strategy for each fight in this guide.

While the two achievements in this section can be completed by just killing the same boss over and over (doesn’t have to be different bosses), it is ideal to kill as many different bosses as possible as you get a daily bonus chest of Festival Tokens for each different boss you kill.

Labyrinthine Cliffs or Zephyr Sanctum, can be accessed in talking to the transport facilitator in Lion’s Arch. 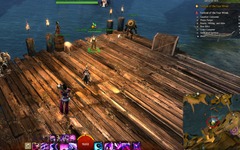 There are two zone wide events that occurs about every 20 minutes or so. You can see a timer to the next event on your right hand side of your UI. The two events are either crystal collecting or dolyak race, both which are fairly easy to complete and easy to get the gold reward. 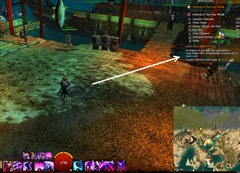 The Flying Dolyak race starts near the Sun Adept by Trader Owen. You will need to talk to him to get transformed and use your #4 ability to detect traps along the way. The end of the race is at the very top before the bridge to the Zephyr Sanctum ship. 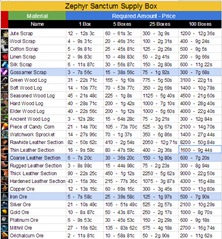 You can find NPCs that will take you to the Aspect Arena and Sanctum Sprint activities not far from the Sky Docks Waypoint. 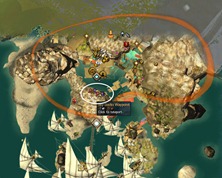 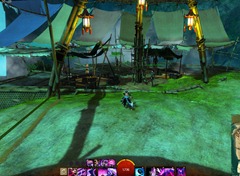 Festival of the Four Winds /