The Living World Story journal is in the hero panel. 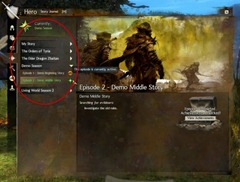 You can scroll down to a particular episode you have unlocked and play it. 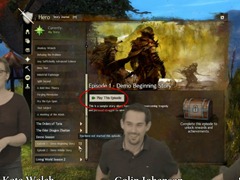 Once you have completed the episode, you will unlock the rewards and can do the optional achievements. 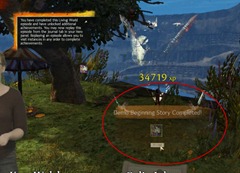 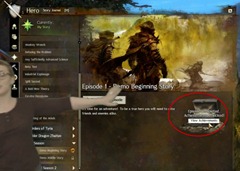 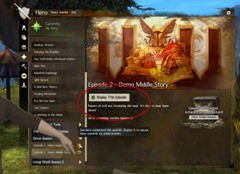 So. absolute nothing that wasn’t at the blogpost 🙁 . I’m happy I didn’t lost time watching, thank for sharing dulfy!

I just watched it on youtube (missed the stream: https://www.youtube.com/watch?v=9P6Zmg16eEM ). I did find it informative. Dulfy did a good job summing up the facts, but in between there is a lot more. Colin explains why they are taking this new course, e.g. what signals they picked up from the s1 feedback.

They’ve said on the news release that you can pay gems to unlock past content (within Season 2) if you didn’t have the chance to log in for a few minutes while the content was live (which would otherwise effectively unlock it).

“To unlock an episode and have it added to your story Journal, you simply need to log in to the game during the two-week period that the release is live to be given permanent, free access to the storyline of that episode. Once you’ve unlocked it by simply logging in, you can replay that episode’s storyline on any character on your account as many times as you like from your story Journal forever. Past episodes will be available for purchase for 200 gems. (Don’t forget you can earn gold and purchase gems to unlock the episode for your account).”

Why did they need a live stream for that? lol

They always try to make such a huge deal out of the smallest things like it’s the latest iPhone.

Because many people do not read details of the stuff they post and start to blabber or nag about things well stated without reading them xD…
Maybe with a livestream they can keep the attention higher lol.

The biggest thing I like about all of this is that they are learning and hopefully growing/expanding on the coming living story seasons. Season 1 was pretty good, but at times I just didn’t care about what was going on or some of the content. I still did appreciate what they were trying to do with it, and the updates were a nice touch to add things even though most of it was not permanent. Hopefully we get a lot more permanent content with S2, as I’ve done pretty much everything their is to do with multiple 100% complete characters/fractals maxed/dungeons over and over and so on.

Achievements were the best part of LS, IMO, aside from patch day rush. Kind of disappointed they’re irrelevant and purely based on gambit style achievements, rather than the fun of scavenger hunts and participating in the variety of content.