New video from Arenanet give a sneak peak of the new soundtrack for season two recorded by a live orchestra in Germany.

This soundtrack is composed by Arenanet’s own composer Maclaine Diemer. Having the soundtrack recorded by a live orchestra is one of the improvements players can expect in season two. Players may also recognize some themes from past living world releases. Each of the zones in GW2 has a very clear musical palette and this was also done for season two.

that_shaman spotted some potential spoilers for season two on the music sheets. 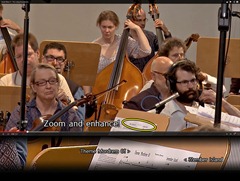 One reply on “GW2 The Living Soundtrack Orchestra”

Wow, sounds awesome. Fear not this night got some competition.