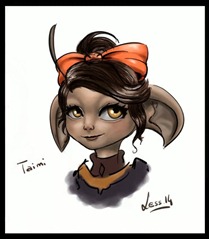 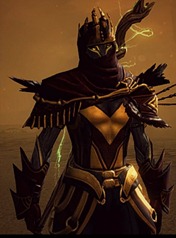 The artworks below came from Tyrian Cartographer (Tumblr)

What did you work on specifically?

Favourite Parts of the episode?

What I really want to know is why Kasmeer has mesmer powers that put mine to shame. She can teleport other people to locations she has not been, she can blink over crevices, and she can take other people with her blinks. My mesmer can’t even blink over a crack in the floor and she is very jealous!

That’s because she belongs to the group known as ‘The Mesmer Collective’ who are supposed to be really powerful Mesmers. http://wiki.guildwars2.com/wiki/Mesmer_Collective

You gotta be good looking to join? What a bunch of snobs

IKR, Marjory can conjure a bone bridge and every other main asura has a (more or less) custom golem, that doesn’t disappear ’cause it’s just an elite skill.

Well, Queen Jenna summoned a giant Illusion of herself to talk to a fighting army, did a giant illusion of a dragon and can communicate with Logan over huge distances (between DR and the brand)…. If she is no member…
Also Kasmeer said something (during this release’ conversations) about being a noble and the possibility of getting sponsored by the crown if you have useful abilities…

Stop using your ‘facts’ and ‘logic’, dammit! WE WANT WHAT SHE HAS!!!

So how do I join this? I’d think I should qualify as a “very powerful mesmer.” After all, I killed Zhaitan, I killed Scarlet, and helped “save” Lion’s Arch (twice), and any number of other deeds. I just want to blink over a darn crack please!

Also, Anise can summon an army of phantasms, and even that Trahearne can spawn several elite minions at once. Life is so not fair.

Anybody know what differences in dialogue are based on class and race? I ran through it all twice, but both times as humans… if I do it again I’m going as my Asura engineer.

As an engineer, in Scarlet’s house, Taimi explicitly calls out that you should be able to see the same defects she sees, and then your character comments that they saw something like this back in their early training.

As a silvary warrior you get some flak for being silvary in some dialogues and she preety much says you are dumb. Its funny though xD

As an asuran, I noticed a few times where conversations with Taimi would be obviously an Asuran talking to another Asuran. References to us not doing any additional research since the Snaff prize or whatever it was called, but my input on her research still being very valuable, as I’m well known. Thought it was really cool that they put those in there.

Your personal choices also seem to have an influence. As a human coming from the nobility, the kasmeer/belinda conflict about social rank gave me dialogues related to the fact that my character has a title given by the queen. The same conversation with my asura gives me the dialogue ” I really don’t understand your social system”.

Has anyone found the Scarlet Hologram they mention, and if so, might I have a hint(not a guide, not an exact location, just a hint).

I’m assuming this hologram is different from the one you’re forced to examine in her obligatory Room of Trinkets. If so, I haven’t found it yet either.

When the story part is over and you are expected to exit the instance, Taimi turns it on at some point.

I thought it might be something like that, guess on my next runthrough I’ll stick around a bit.

“Currently your alts will also need to do the living story once to unlock achievements for them.” I’m still at meeting up in Lions Arch to meet Destiny’s Edge on my Asuran Warrior yet I was able to do the Living World Season 2 Episode 1.

It only means that you have to do S2 episode 1 once with a character if you want to unlock achievements for this specific character.