This phase lasts for 2 minutes with Dread Monster every 30s, larva every 45s, tentacle every 60s. Bestia does call out when she spawn the monsters, larva and tentacles.

The goal here is to never have more than 3 Dread Monsters in this phase. If you get a 4th Monster, you are behind on DPS and will have trouble later on in the fight. Average DPS should be around 3k for each DPS.

Healer need to be guarded due to aggro and damage from the larvae.

Immediately at start of the fight, three Dread Monsters will spawn along with three larvae. You will need to split them immediately with one tank grabbing a single Dread Monster while the other grabbing two Dread Monsters. The tank with the lone monster will also grab any larvae around with an AoE taunt.

When the lone Dread Monster is near death, that tank will need to peel off one of the monsters off the other tank while the DPS finish off the near death Dread Monster. This is should be close to the spawning of the new Dread Monster so the tank that was tanking two Dread Monsters will need to grab the new monster quick before it run to the raid and start cleaving players.

All the DPS will be focused on the Dread Monster until the tentacle spawn at the 15 second mark. A good way to know when the Tentacles spawn is when they begin to target someone for their Spit which you need to interrupt. There are two options you can pursue here.

If the tentacle is not killed in a timely manner they will explode and probably wipe the raid.

Larvae do love to attack the healers as soon as they spawn. You can have the healer either run them to the tank handling the larvae or have the tank come over to where the healers are (usually near the middle of the room ) and AoE taunt them off.

This is the basic layout of Bestia’s room with 4 portals where the Monsters come out (dotted line). There isn’t a fixed positioning but generally healers and ranged DPS gather in the middle near the throne while tanks spread out on either side of the room. 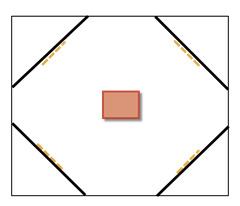 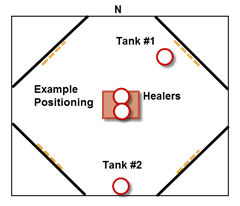 The Dread Monster’s Fling isn’t a standard knockback. This attack picks up the tank and throw them u the Dread Monster to the other side. This typically means you will need to face yourself towards a wall and let Dread Monster be the closest to the wall. This way, when you get throw, you hit against the wall and not toward the center platform. 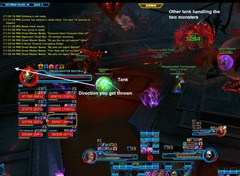 Dread Monsters attacks are mostly cleaves (i.e. Swipe and Pulverize) so melee DPS should never be standing directly in front of the Monsters. One additional thing to note is that each Dread Monsters apparently have one of two possible portals in which they spawn so learning which two are the possible ones will help.

This phase lasts for 1 minute exactly and when she activates you should have two Monsters remaining with one almost dead. This give you time to kill the monster quickly and get some DPS on Bestia before she transitions into phase 3 and spawns more adds. No new add will spawn during this phase.

Tanks need to watch out for this debuff icon. It is a stacking debuff that is applied after a Dread Strike attack. Once this debuff get to 3 stacks, you will need to swap. Basically, each tank can take only one Dread Strike as the next one with the debuff will really hurt.

The two new mechanics are from Bestia in this phase. They are identical to hardmode except dealing much more damage. 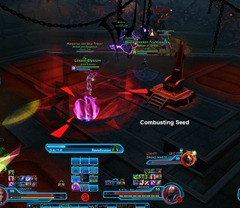 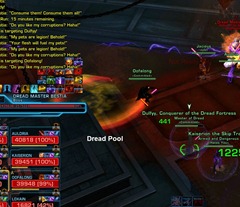 All the mechanics from phase 2 carry into phase 3. Monsters spawn every 45s in this phase as opposed to 30s in phase 1. One monster and a larva will spawn immediately at the start of this phase. At 45s into this phase, you get another monster and a tentacle.

Remember that Bestia will buff any adds nearby so kill the Dread Monster, tentacle and larvae well away from her.

This phase is basically repeat until you get the 10th monster at the 8 minutes mark. After that only larva and tentacles spawn. There is a soft enrage at 8:20 mark in which all the adds spawn and your goal is to kill Bestia before the adds kill you.

Great Guide as always. Arent you in Hatred anymore`?

This was done on Dulfyy, I’m guessing Dulfy is still in Hatred but they have slowed progression a lot with the guild split.

A few minor points about the mechanics.

— Tentacles do 12.5k with their spit, so it is not a one-shot if they aren’t interrupted. However, if they aren’t killed in a timely fashion (at the 2:20 mark for the initial pair) they will explode and probably wipe the raid.

— The third phase does not continue indefinitely. It ends at the 6 minute mark, when monster #10 spawns. During this next phase (the burn phase), larva and tents will spawn, but no monsters. The tents that spawn during the burn phase can be ignored, if desired (if your heals are strong but you are behind on dps). When the 8:20 mark is reached, the soft enrage starts; larva and monsters will start spawning rapidly, leading to a wipe if the boss can’t be quickly killed.

Thanks, I have added those in 🙂

Thanks for a very nice guide! We will definitely add flash version of this game in http://owlgames24.com/ when it is released 🙂

Do you think you might be able to add this to your DP index page? Cheers.

is there a secret to reach 3k dps?.. cause im trying hard n my sentinel and am stuck 2.7-2.9 with 39 apm, i suppose a stable connection has its influence but still, im full oriconian so mistake must be on me..

Oriconoan has only the bad ehancements in it. The Set Items, even the Underworld, have a better Enhancement. More Secondary Stat (Power) and less endurance

Read Dulfy’s guide on Marauder dps, obtain the 4 piece Sentinel bonus and practice your rotation on the ship dummy as much as possible.

39 APM is kinda low, you’ll ideally want to aim for something in the mid 40’s for APM. In oriconian you should be hitting 3.2k easily on the dummy and on most static bosses doing at the very least 2.6-2.8+ (like on nefra and grob).