What Did you work on?

Favourite Part of this episode

Any secret things in this episode you feel players might overlook?

Golem reading bedtime stories to Quaggans right before they are killed by Peter Fries. The next picture is a baby Sylvari Hound. 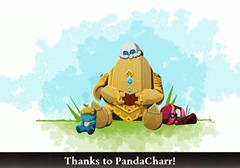 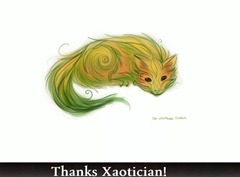 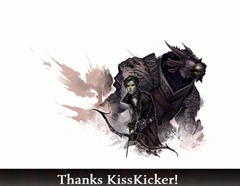 Coffee4CR – New books in the Durmund Priory (3 added, one about leyline, one about Scarlet and one about waypoints). Adding the books of current events to their library is a great idea. Is it something that Anet will be keep adding?

Peter: We will be keep adding these lore bits. Angel added these books and some the lore stuff around Scarlet’s house/tunnel.

Plagiarized – Changes in season 2 compared to season 1 in how you handle the lore?

Peter: We have more instances in season 2 to work with and allow us to pack stories in tighter spaces. This way we can make sure players see it in front them as they go through the instance. Having a story arc that span over many episodes allow us to plan it ahead. We are changing things until the very last second.

Ranique – Scarlet’s have several hidden bases in Tyria. Are there any leftover Scarlet technology that could be used in the future?

Peter: It is likely you will see more of that in the future.

No mention of how our characters came to know the name of Mordremoth? Or explanation of why it wasn’t supposed to be jarring for our characters to surprise us with knowledge like that out of nowhere?

Sure, you could say that as the leader of the Pact, we’re supposed to know all about dragons. But as a player, shouldn’t we have been led to discover that knowledge somehow, rather than finding out only later that we knew kung fu– I mean, so much about dragons?

I think it “could” have been explored by our characters, but I think that’d make even less sense: the reality is Tyrians know the dragons’ names, they probably even have a name for Bubbles. A quick review that our character does would be more fitting, but even then would feel mechanical. I think it was best to just let it slip out.

Seriously? That was some of the clumsiest exposition I’ve ever seen.

It was similar to what it would be like if, when the first season of the Living Story was just taking off with refugees and storms in Wayfarer Foothills and the Diessa Plateau, we started looking into the matter– you know, pounding the “Hoelbrak This Way” signs and collecting trinkets from corpses. Then, when meeting with Rytlock Brimstone and Knut Whitebear, we would had said, “We think it’s the work of Scarlet. She’s been stirring up the dredge and the Flame Legion, and we suspect they may be working together on this.”

To which the NPCs should have replied, “Who is Scarlet? I’ve never heard of her. And what’s this about dredge and Flame Legion? You think these storms are their work?” Because we would never have seen her before at that point.

At the very least, we should have seen a quick footnote in one of Scarlet’s journals mentioning the name. I mean, if anyone knew (and nobody in-game had ever spoken the name, because combat logs don’t count), it would have been Scarlet.

Myeah. They also immediately knew who Zhaitan was and the significance of the Risen wandering around during the part of the personal story where you’re introduced to the three orders of Tyria, despite possibly being a homeless street rat human with no education to speak of.

This is hardly the first time they’ve done this. Our characters pull information out of seemingly nowhere all the time.

Yeah, but Zhaitan’s minions shamble around and say things like, “Zhaitan…” or, “Zhaitan demands your death!” So I can see where we got the name for that one. Same with Jormag and the Sons of Svanir. Even Kralkatorrik was identified by Glint.

“Mordremoth”? That was just out of left field, but nobody in-game seemed to notice.

Well, I guess its name is written in some of the books Scarlet had. But yeah, it should be explained for better storytelling.

We shouldn’t have to “guess” it was written in some of Scarlet’s books. If it was there (as it should have been), then all the more reason for us to see it and actually have a reason to know it. As it is, we only glanced at the ones that *didn’t* have the name in them, so as players we have no prior knowledge of the name (except from external sources, like Reddit).

I agree, I was just thinking myself of an explanation.

The name is something given to him. I doubt he named himself, or mummy elder dragon named them one by one. The only issue is that we don’t get any explanation why this dragon is named Mordremoth. I Think that with chapter 2, the order should have replaced the publicly available book (Durmand hall in DR) “The Elders Dragons” with “The Elder Dragons v2”. It starts with “We know not when these Elder Dragons came to be, only when we came to be aware of their awakening.”
And then a list of the elder dragons and the date of awakening. At the moment mordremoth is not listed, fix that and all is well

Well the Inquest seemed to know of him as attacks Subject Alpha had were named for him. Who knows maybe all the dragon names are fairly common knowledge, just thought to be a myth until Primordus awoke.

“Who knows?” Well, we really should. If all the dragon names are fairly common knowledge, shouldn’t the player be made aware of that somehow? Only four of them had been mentioned in-game previously, with hints that a fifth (deep-sea) and maybe sixth (formerly unknown) dragon existed.

But yes, the playerbase had speculated ever since noticing the name of one of Subject Alpha’s skills, which was previously the only place it was mentioned in the entire game.

I don’t think that the skills used by subject alpha where named by the inquest. they are a result of being corrupted by that (and other dragons). Also, who is responsable for a name. I’m from the Netherlands. If I’m speaking English I know the name of my country is the Netherlads. But when I’m speaking german I call it der Niederlande. In French I’m from Pay-Bas and in dutch I’m from Nederland. I even know that most foreigners think the country is called Holland (although thats actually just two provinces). So did dragons have a name given to them by their mummy, or is it a name we came up with. Jormag has a scandinavian name cause Norn where the first threathened by him??

The dragon names their nature and history were writen down by the ancient races. Sadly humans though of them as good night stories and did not give them any credit. As far as i know the only ancient races not fallen from grace were the Dwarfs and the Forgoten. Thou the forgoten chose to “withould their knowlage and origin stories” , while other races as mursat and the sears went extinct and the jotun well they destroyed their civilization. Thou Ogden Stone healer is a living enciclopedia on the dragons.

I wouldn’t say, that the mursaat were eliminated. We only defeated their leaders and some of their high ranked soldiers. Also we’ve never seen their hometown. Remember, Lazarus the Dire was still still alive after the events of Guild Wars Beyond. ( http://wiki.guildwars.com/wiki/Lazarus_the_Dire ). They may play an important role in the upcoming story, at least I hope so.

Not to mention Isles of Janthir still exist. However it is safe to assume their forces significantly dwindled when their forward command (Fire Islands) fell in shambles. There’s still one Mursaat lurking that we know of and then there’s the City in which they came from.

I agree but the mursat no mather in what numbers won’t tell us much about the dragons i am afraid. The sears are gone for good thou. And the forgotten are in the realm of kormir, so i think that the dwarves or dwarf Ogden is our best guess of true dragon nature.

Well, if there is one thing i know for sure, then it is the fact that this Peter guy sure is a dick, adding in that gold sink that literally has nothing to show for what you put in. well played sir, well played.

Where the hell was a gold sink last update?

The quaggan panhandler I think. Because, who knows, if you give him 100 golds, he may give you one achievement point or a legendary?! Or maybe it’s 200 golds?! Oh no!! He is dead now, where is my money??

Just to clarify, I didnt not waste my money on said Quaggan because that unfriendly amphibean didnt even say thanks for giving him 1 gold. However, I find it bad taste to add something that might essentially waste peoples money just for the lulz of trolling the player base.

will you guys be making a guide for Josh’s coins?