A guide to the world bosses you need to kill for the raid attunement portion of Wildstar. This step is also known as Monster Hunting or Dangerous Creatures of Nexus.

How to look for world bosses

You need to kill 12 of the world bosses for the Monster Hunting part of Attunement. There are only 19 of them in total and 2 of them are bugged so your options are fairly limited. 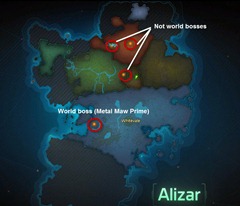 How many players do I need?

Usually for Scorchwing/Containment R-12 you don’t have much of an issue as there are sufficient players around to kill them. However, for the less killed world bosses, you want to have at least 1-2 groups if possible. These world bosses have a ton of health so it will take ages for a few players to kill them.

Your best bet is to do Containment R-12 in Malgrave every 4 hrs. There are 5 possible world bosses there so there is a good chance you will get at least 3/5 of the world bosses there unless you have terrible luck. Since it is on a timer, you won’t have to worry about missing out and checking the world map every so often.

Scorchwing from the recent Strain update in Blighthaven also count as a world boss. The respawn timer on it is only 90 minutes or so.

The other option that is really good is Hellrose Bowl also in Malgrave. The respawn time on it is 10 hrs + and has a very tedious and lengthy preparation time. However, if you do catch it, it has 3 world bosses so you can knock out 1/4 of your world boss requirement in one go.

Exile players may need head to Dominion areas to kill their world bosses and vice versa. Exile players can head south after getting to Wilderrun and follow the coast west to the dominion continent of Auroria. From Auroria, you can get past Illium by hugging the right (north) side of the city. You need to bypass a couple of Dominion Turrets Carbine has placed in the city edges. Your hoverboard has 16k HP and can take most of the damage from one turret hit. Having some form of movement enhancing abilities will help as well to avoid subsequent hits. 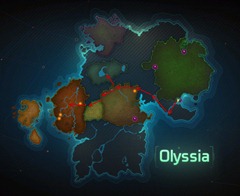 For Dominion players, you have an easier time to get to the Exile zones without going through Thayd at all. From Whitevale, you can access Galeras easily. For Celestion, you need to go on the edge of the map a bit and do some mountain climbing. You can reach Algoroc from Galeras by going to the NW corner of Galeras. 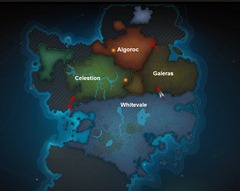 Scorchwing is in Blighthaven, the new zone added with Drop 1 Strain Patch. You can get it to quickly via the teleporter NPC that take you to Grimvault and then take the taxi. The respawn time is around 90 minutes so it is quite fast. There is also a quest at the Nursery Trading Post to kill Scorchwing so you can get some coins and Blighthaven reputation at the same time. You need to go through a teleporter to get to an underground tunnel that will take you to Scorchwing

The other advantage is that Scorchwing is often camped on most servers so you never need to wait around for other players to kill it unless you are on a dead server. 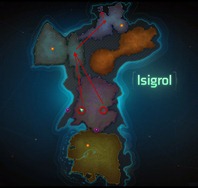 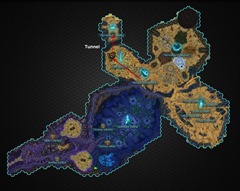 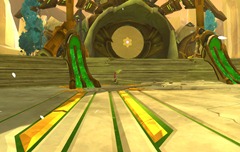 Containment R-12 event starts every 4 hrs on the clock. If you are in the EDT (EST) timezone, it is basically midnight, 4 am, 8 am, noon, 4 pm, 8 pm. If you are other timezones, you will need to adjust for it.

Once you get past the portal and go through all the trash, one of five possible world bosses can spawn. Subject H is the most frequent world boss but if you are lucky you will get some of the others as well. 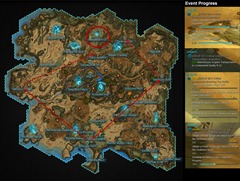 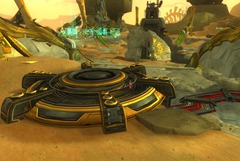 Hellrose Bowl is one of the best locations to get your world bosses if it is up and people are willing to do it. It has a very tedious and lengthy preparation time so most players are unwilling to do it unless they really need it. You need to gather 500 Broadcasting Equipment to start the Hellrose Bowl event if it is up. The random mobs around the Hellrose Bowl area have a chance to drop it but they don’t drop it everytime so be prepared to slaughter 500+ mobs or more to get everything you need to even start the event.

The average preparation time can be anywhere from 1 hr to a few hours depending on how many players are willing to grind out the Broadcasting Equipment. Once the door opens, you need around 20 players to kill each of the three bosses so don’t expect to get anything done with just a small group. The bowl takes at least 10+ hrs to spawn if not more so if it was killed a few hrs ago don’t expect it to be up anytime soon. 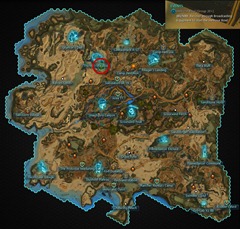 Alizar is the home continent of the Exiles but Dominions can also access it via Whitevale. From Whitevale, you can reach the other Exile zones pretty easily. If you are unsure on how to do it, read the section under General Info.

There are four world bosses in this continent, and none of them are bugged thankfully. 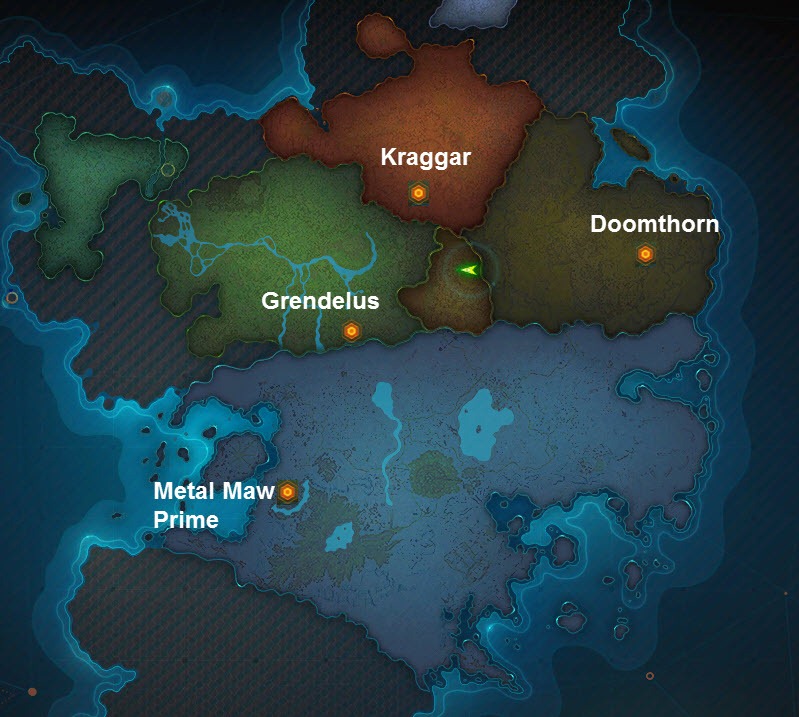 Metal Maw Prime spawns in Augment Facility X420 and has a fairly long respawn time so you won’t see him that often. You are looking for an orange dot in the west section of Whitevale. He has around 4.1 million health so you will need a good sized raid to take down time. 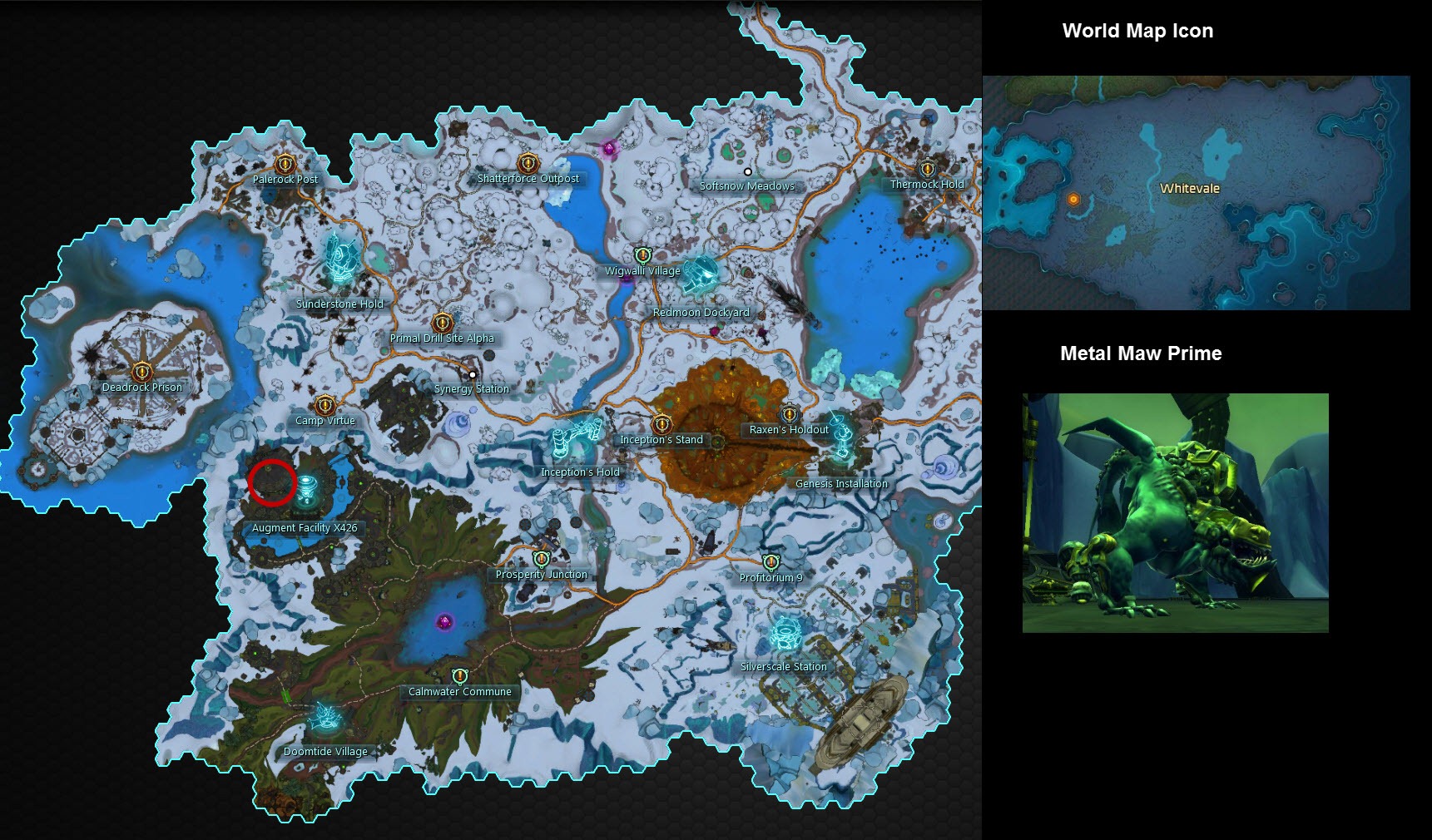 Doomthorn is in east section of Galeras and seems to respawn much more frequently than other world bosses in this continent. He has around 2.9 million HP so you do need a few players to kill it as well. This one is the easiest to reach for Dominon players as it is not far from Whitevale. 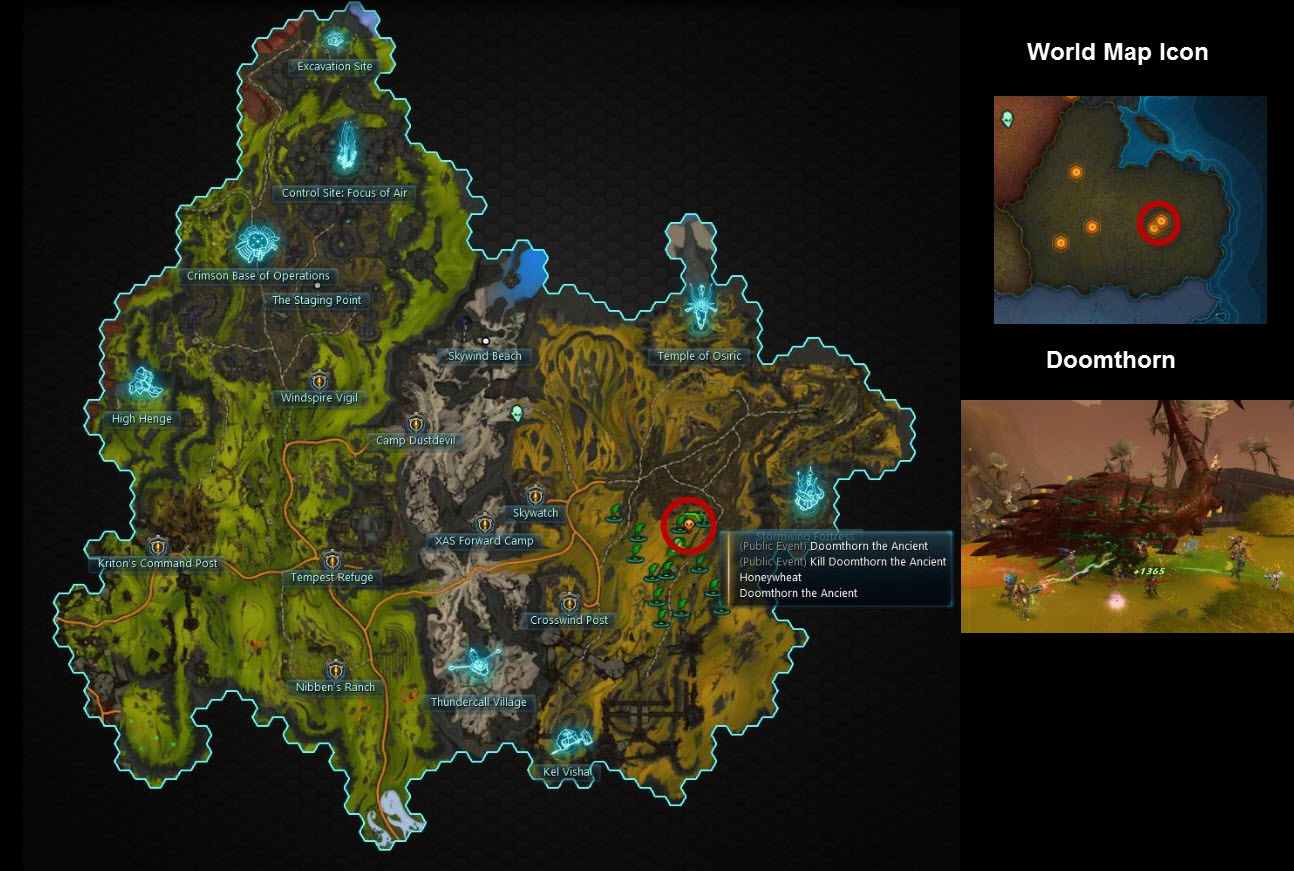 Grendelus is a giant that spawn in the SE corner of Celestion, behind Camp Viridian. He has also need a good sized group due to some of his mechanics that drop AoEs in large areas. His world map marker is sometimes buggy and can disappear even though he is up so definitely go over and check to make sure. Dominion players can reach Celestion from the NW end of Whitevale by some rock climbing. 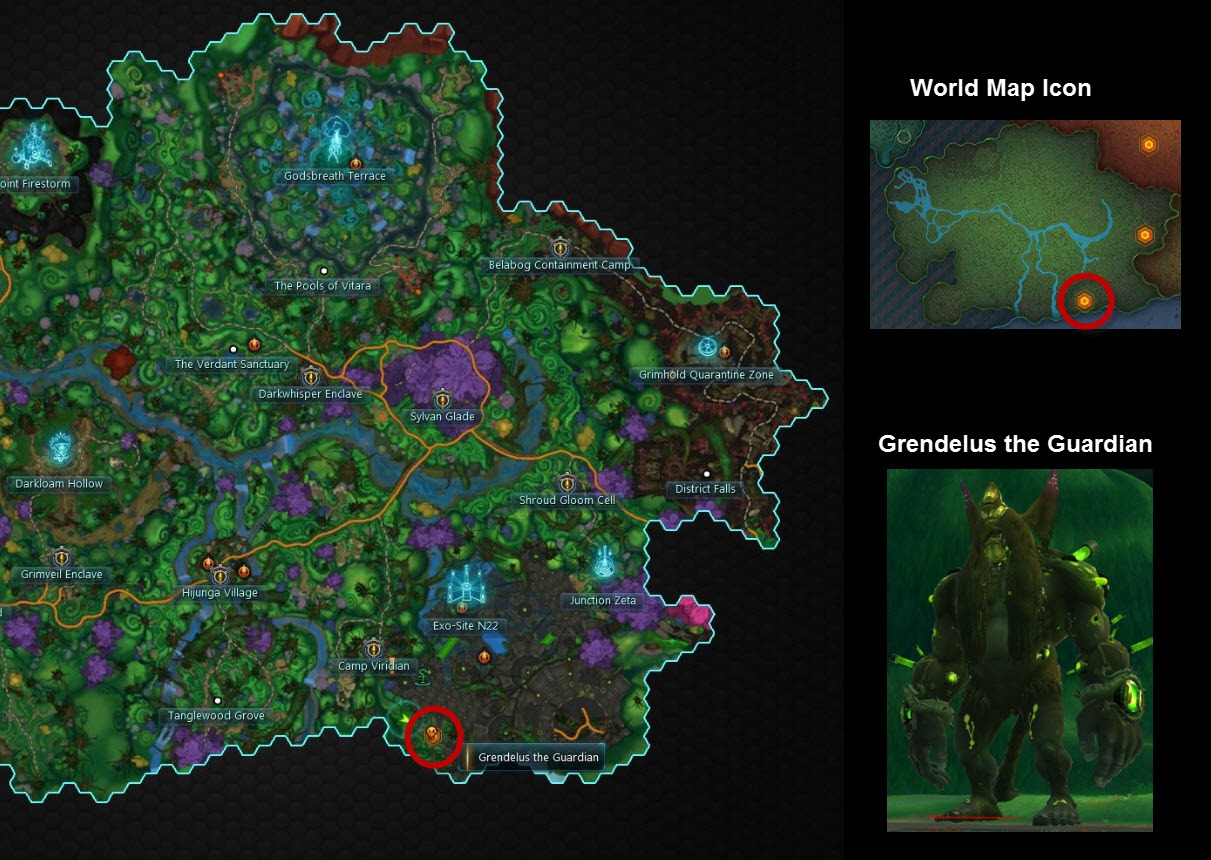 If you are an exile player, Algoroc can be reached by traveling through the tunnels next to Mysterious Ruins north of Thayd. Dominion players can get to Algoroc via the NW corner of Galeras. Beware that some of Kraggar’s attacks can kill a level 50 player rather quickly so dodge his attacks if possible. 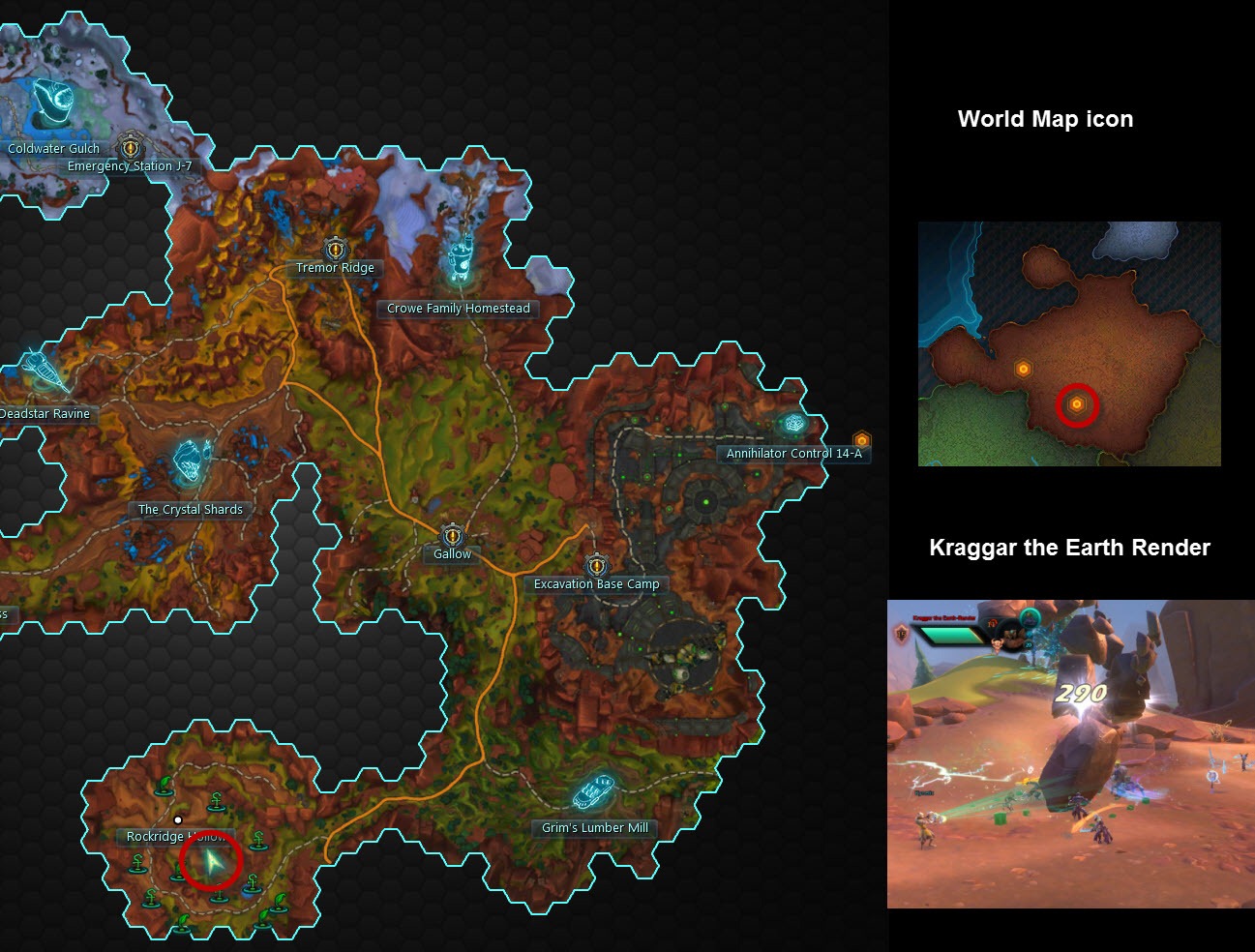 Olyssia is the home continent of the Dominions. There is a bugged world boss in Auroria and the world boss in Wilderrun does not have an icon on the world map since he need to be spawned so you need to manually check to see if he is spawnable. From Wilderrun Exile players can reach the Dominion world bosses. 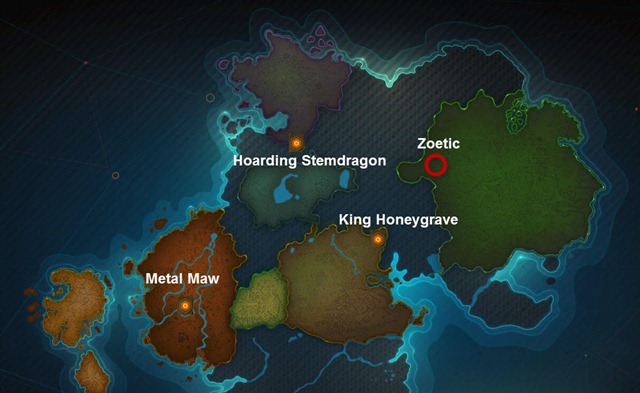 Zoetic is not frequently encountered as he does not appear on the world map. You need to manually travel to the area next to Sanctuary of Swordmaiden’s dungeon entrance and check to see if a bunch of stone mobs are there in a circle to spawn Zoetic. You need to kill all of the mobs in that spawn area to spawn Zoetic and this step can bug out if you don’t kill them in that specific area. In most times, when you enter that area, it is probably empty of any mobs. 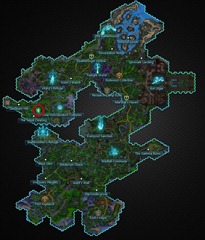 This bee world boss is unfortunately bugged since launch and havn’t really been fixed yet. He resets after you fight him for a few minutes and there isn’t much you can do about it. Since he is basically unkillable, he is always up. Luckily he isn’t too far from Wilderrrun so both Exile and Dominion players have an easier time to get to him. 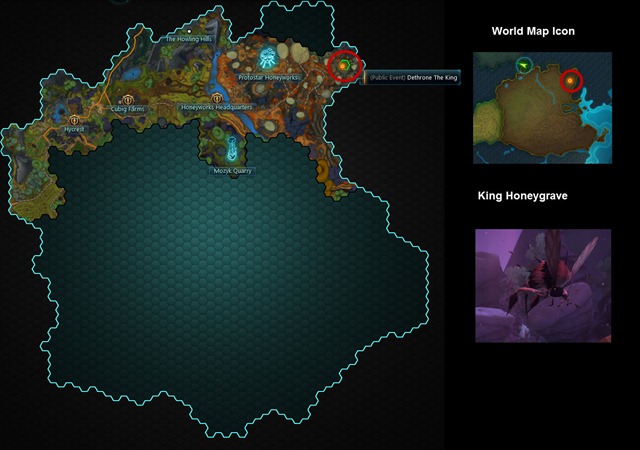 This guy is on the north island in Ellevar. You have to go through a tunnel to get to him. Exiles can get to Ellevar from Auroria. 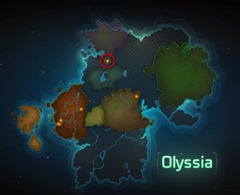 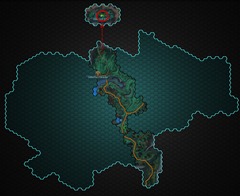 Metal Maw, not to be confused with Metal Maw Prime, is in Deradune. This zone is hard to access for Exile players since they have to travel all the way from Wilderrun and bypass all the Dominion turrets in Illium. 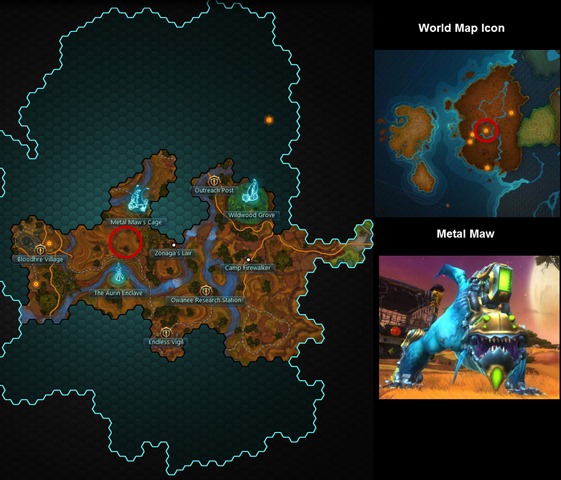 This world boss seems to be bugged as well. When it is not bugged, you can find it in the marked location below. 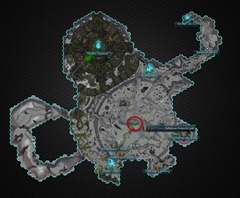 Despite being a 5 player boss, Aggregor the Dust Eater in Crimson Badlands counts as a world boss. Depending on how many players are on your server, you might have multiple instances of Crimson Badlands open and have more shots at this boss. If this boss isn’t up, you will just see a bunch of dust at his spawn location. 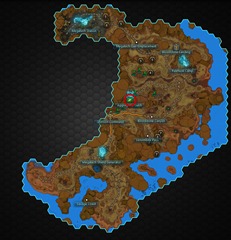 A more complete infograph and attunement guide for raids.

Well done, now you must come heal SSM for me when your not in GA ; )

Look at the pictures for Hellrose/Containment, I incluided the exact steps you need to activate each event

This is absolutely fantastic. Big thanks for putting this together!