There is a flamethrower at the back from where you enter the instance. Grab this flamethrower and defeat the Rooted Mordrem Leeching Thrasher that spawns once you have defeated the Mordrem attack. 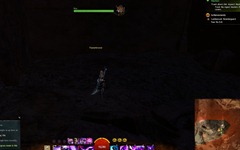 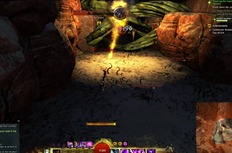 You cannot be downed before defeating the Rooted Mordrem Leeching Thrasher as doing so will cause you to lose your flamethrower. There isn’t another flamethrower to use so you will need to restart the instance. Luckily the flamethrower is pretty quick at killing all the Mordrems so as long you don’t screw up majorly you shouldn’t be downed. What can mess you up are the tendrils pulling you back and forth with stuns so you need to kill these tendrils quick or risk losing your flamethrower. Stability may help with them as well.

You need to avoid getting hit by the Malformed Mordrem Teragriffs while fighting the Mordrem Teragriff boss. Ranged weapons and knockbacks are your friend for this achievement as you can kill these guys from ranged and use knockback if they get too close.

A total of 3 waves of Malformed mobs spawn in this fight. The first two are during when Mordrem Teragriff tramples around the area. You can just stand on the outside of his trample area and range attack the malformed teragriffs as the red circles from the boss’s trample will also knock the malformed mobs down.

The final wave is a bit difficult since the boss doesn’t trample when he spawns them. You may need to run around abit if the situation gets hairy.

Interact with the challenge mote at start of the instance to begin this achievement. Challenge Mote does not change the first half of the instance much but the fight with Mordrem Teragriff becomes slightly more challenging in the following ways. 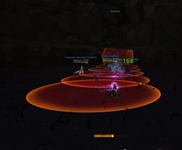 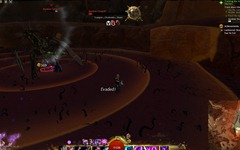 The last 10% or so of the fight is the most challenging as he will spawn tendrils and perform his circular attack fairly close to each other. If you are not topped off after killing off the tendrils his circular attack can down you or even kill you if you are low on HP. Save your cooldowns and max DPS him when he gets low.

You need to reach the following NPCs in this order: Rox, Braham, Marjory and Kasmeer. Here is a map to guide you to find the 4 NPCs in order.

The achievement is awarded as soon as you talk to Kasmeer. 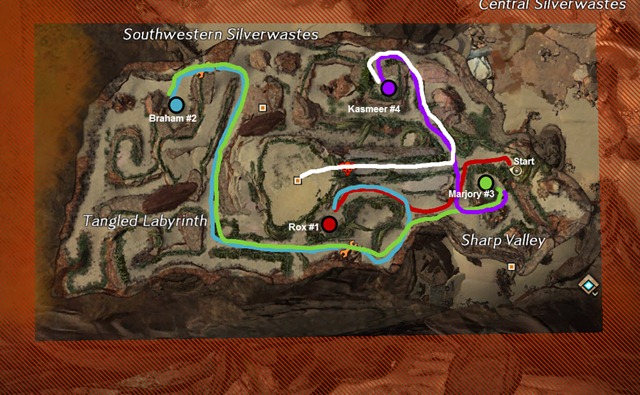 Your goal is to not get hit by the Mordrem Lurcher that patrols the maze (you can attack him as long you don’t get him. He respawns when killed). He has a set pattern that he follows so it make take a couple tries to learn his pattern or you can follow along in the video. I tend to wait a bit after reaching Rox and then again after reaching Braham to let the Lurcher pass me so that I am behind him when running to rescue the next NPC.

Once you rescue all 4 NPCs, the Lurcher disappears and you can safely reach the middle of the maze without fear.

Complete the instance in under 20 minutes. If you follow the route above, you should complete it in 15-16 minutes easily.