SWTOR Rishi Hidden Achievements and Datacrons Guide. Special thanks to K’ami and SWTOR_Miner for their help in deciphering the puzzle!

Do you want to become the big bad wolf of Rishi? Here is your chance to murder 3 little grophets and earn yourself the legacy title <The Wolf of Rishi>.

For the datacron, you must loot the Data Packet from these Champion Grophets. They are tradeable and only 1 drops per Lost Grophet but only one person in the group need it. You need all 3 data packets from all 3 Lost Grophets 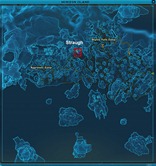 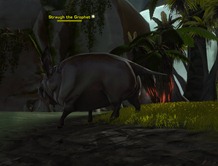 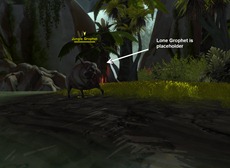 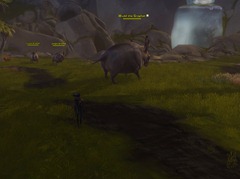 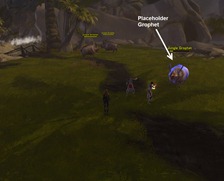 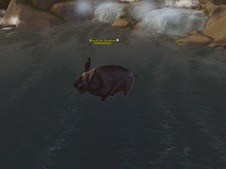 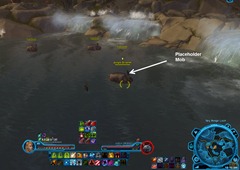 Achievement – Three Not So Little Grophets

Before you proceed to step two, make sure you have the following three Data Packets in your inventory

Once you or someone in your group have al 3 Data Packets (all 3 must be on the same person), head to the Crystal Skull on slave island (you use the clickable crate at Skyline Falls Camp to reach it). The skull is located on top of some rocks so you need to go around to reach it. 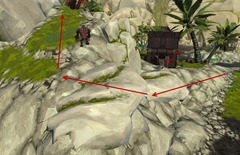 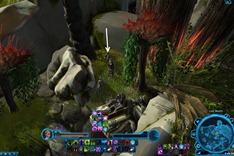 Consume the 3 Data Packets to gain 3 buffs and then interact with the Cybernetic Skull. This will give you a buff that allow you to interact with another skull object on another island safely.

Head back to Raider’s Cove Tradeport. You will find a clickable Deep Sea Phermones among a pile of rubble up top at location (862, 158) 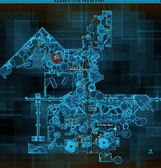 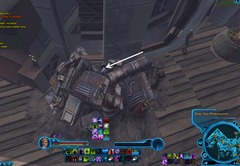 This will give you the achievement and legacy title

Achievement – Smell of the Sea

You should now have 2 buffs, the Neural Imprint buff and Incredible Smell buff.

Go back to Sky Ridge Island and interact with this Unique Rock Formation next to some skulls. It will scan you but since you have the Neural Imprint buff it won’t give you a poisonous DoT. This rock will lit up a blue beam that point you towards the Anchored Rock nearby. 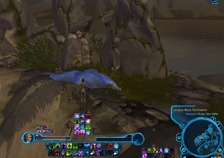 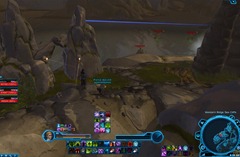 You will also get a 3rd buff called Neural Location that lasts for 19 minutes.

The rock the blue beam is pointing to is located here. Interact with this anchored rock to spawn friendly tentacles that will smash the rock open to reveal four datacrons (aim, cunning, strength, willpower) and chests inside. 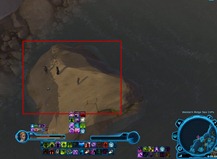 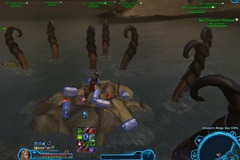