NOTE TO JUGGERNAUTS: Vengeance guide isn’t up yet due to finagling with the tables.

Introduction to the Vigilance Guardian 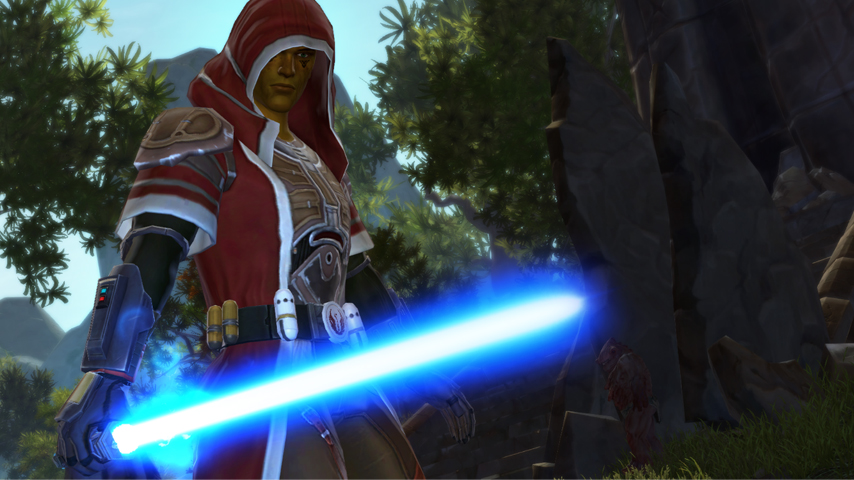 Hey, Rydarus here, rewriting this guide for another go around. You’ll notice a lot of information remains the same, but I’ve adjusted a lot of crucial points that I feel I failed to bring up in prior versions of the guide, and solidified my mentality in running the spec.

I’m now focusing full time on an “Alacrity” based guide. It may very well be not the only way to run this Discipline, but it’s the way I do it, and it’s what I’m going to teach. Guardians have transitioned from being a very decent Melee dps in 3.0, to being more of a Focus Sentinel during the 2.0 tier. We have amazing AOE, but weak single target and higher immobility. We have mediocre burst and mediocre sustained DPS, but again, we have very strong AOE. The spec is still immensely fun to play however, and with a bit of upkeep and work, you too can bring it into HM and NiM raiding.

Utilities can vary, but these are a few recommended basic builds. You will never need a build outside of these. None of the new 4.0 utilities are useful at all for PVE. Not a single one.

The Slayer of the Ruined World (Colossal Monolith)

My gearing method is upon which my guide is based. I make no claims that it is optimal, it’s just how I play. (However I highly suspect it’s close to optimal if it isn’t already.)

Enhancements and Augment Setup to get to BiS in 224s:

What you need to know beforehand

Before we begin to learn the rotation of the Vigilance rotation itself, you first have to commit to memory the various “Procs” that generate various outcomes and abilities in Vigilance. There are 4 Major Procs and Passive Effects in Vigilance and 1 Minor Proc.

Abilities (Not a priority system. Cooldowns are an approximation and ARE AFFECTED by Alacrity)

Plasma Brand: Does high force elemental damage on initial application with a 12 second Elemental Damage Over Time Effect that deals high Damage. This Damage over Time effect can be spread by Burning Storm! Generates one stack of Force Rush and resets the cooldown on Blade Dance. Each tick of the Damage over Time effect has a 30 percent to generate Keening.

Blade Dance: Is the Traditional cornerstone of the Vigilance Guardian and deals a significant portion of your single target damage. Plasma Brand resets the cooldown on Blade Dance.

Dispatch: Is used both in the execute (sub 30% phase) and every 20 seconds after Keening is procced. It deals high kinetic weapon damage.

Sundering Strike: Your primary filler. It’s a core rotational ability in the fact that it’s the quickest method for generating Focus you have in a single GCD. In addition, if you have your 2 pc set bonus, every 27.3 seconds, it generates a 15 second buff that increases all damage you deal by 2%!

Combat Focus: Instant ability off the GCD. Generates 6 focus. Should be used only when Sundering Strike is on Cooldown and you NEED focus.

Vigilant Thrust: Is your primary AOE and secondary filler, and is HIGHLY damaging, doing almost as much damage as Dispatch! Due to Burning Storm, Vigilant Thrust can be used to spread your Damage over Time effects to multiple targets. When specced into Purifying Sweep, Vigilant Thrust applies an armor debuff to it’s victims.

Saber Throw: Saber Throw generates 3 focus. It is a very effective filler, and applies an armor debuff in Vigilance.

Does low damage over 4 seconds and stuns the target. Generates 3 Focus OVER TIME.

Force Push:Knocks the target down for moderate damage.

Force Leap:Closes the gap between you and your target instantly, cannot be used if character is under cover. Grants Unremitting.

It’s an adrenal. It gives stats. Buy them, use them on CD / when necessary.

Since 2.6 and the major Vigilance improvements, plus the changes made in 3.0, the Vigilance rotation is far more set in stone. Vigilance has very little RNG besides crits, but most players have an inaccurate or simplified rotation. The general BiSRAID opener in Vigilance is:

You can always do this opener of you experience downtime, provided they are all off cooldown, so for example if you have downtime on the boss, afterwards, you want to use some combination of the pre Overhead Slash abilities, generate enough focus, then Overhead Slash, Master Strike, Plasma Brand, etc.

After the opener, you then flow into the priority system.

AOE in Vigilance is fairly simplistic, and contrary to popular belief, is NOT based on a priority system, NOR a set rotation. This system is designed to swap all damage towards AOE. The principle behind this is to increase your cyclone slash / sweeping slash damage using your DoTs, and keeping at least one DoT on all encountered enemies at once.

The Vigilance / Vengeance Rotation lasts 11 seconds for a minor rotation, and every Major Rotation is 32.616 seconds long, and a full circuit is 65.232 seconds assuming the rotation is carried out perfectly. Every major rotation, the DoT’s realign in a way similar to the opener for another pass at the rotation.

In every Vigilance/Vengeance minor rotation, you will perform:

1-3 filler GCDs, 1 of them being Dispatch/Vicious Throw when it procs. Due to the nature of Dispatch drifting in the rotation, SOMETIMES you will use it, sometimes you will not. The reason for the variable number of filler GCDs is due to the way Overhead Slash / Impale and Blade Storm / Force Scream drifting inside the CD of Plasma Brand

In addition, every 11 seconds of a Vigilance / Vengeance rotation requires 8 Focus/Rage throughout the entire cycle. 8 is the magic Vigilance / Vengeance number. Usually, a Sundering Strike/Sundering Assault or Combat Focus/Enrage with a Force Sweep/Smash or Saber Throw will fulfill this purpose. Combat Focus/Enrage can also be used while using an ability (besides Master Strike/Ravage) so that a filler in the filler window can consume resource rather than burning it.

Also, every 32.3 seconds or so, there’s a double Overhead Slash window and a double Blade Storm window. These windows are far more resource intensive, and the latter window spends 2 more Force Rush than they normally do.

Hitting a Boss (Tips and tricks)

Many players, especially players who aren’t raiding in bleeding edge content, are told that “Dead DPS do no damage.” This is WHOLLY TRUE. However, there is one caveat: A DPS that is not doing as much effective damage as he or she can, is less than optimal.

Myth 1: You will never be able to translate your dummy DPS to boss. FALSE. Every iota of damage you do on a dummy is POSSIBLE on a boss. Every DPS should do as much damage as possible without endangering the health of the group, and on most boss fights you should be losing very little DPS when compared to dummy, and if there are adds, you should be GAINING DPS!!!

Myth 2: Melee DPS useless FALSE. Melee are disadvantaged, however, we are fully capable of doing competitive damage. Great MDPS can match or exceed their RDPS cousins, it’s all in the uptime. Uptime must be seized and taken advantage of. Every DPS must learn how to stick to the target, adjust to the circumstance, and flow back into combat smoothly and seamlessly.

How to analyze a parse?

For those who have problems with Vigilance and the hallmarks of a good parse, I have included a list of simplistic equations to determine how to know whether your Vigilance Rotation is good:

Equation for detection of abilities usage per second:

What to Check For?

(Note that it is impossible to actually meet these numbers due to lag, but getting within .1 seconds is a good target)

The former highest skill Vigilance/Vengeance Guardian, Westfall, claims to parse for the duration of the “Today Show.” This generally means he parses for a grand total of 20 minutes a day in one straight parse. “In order to fully commit your rotation to memory for usage on a boss, you must first learn every single way to screw up your rotation” (Credit to Antonica/Daharel) This means you go through with every parse you have regardless of mistakes to learn your rotation inside out. Vigilance is an easy to learn but hard to master spec, and the rotation SEEMS easy to pick up but has some of the most ruthless dot reapplication rotations in the entire game.

(Note2: I have a higher parse available, but as dissecting each parse I put up, which is relatively frequent, for a parse analysis is fairly inefficient, I will always analyze a parse of my own every month, but keep a link or image of my ABSOLUTE MOST RECENT parse.)

Note 3: Parsely can misround a lot, don’t be shocked if there’s .1 or .2 seconds off in your usages.

About the author (and special thanks)

If you don’t know who I am, I’m Rydarus, AKA “Alácrity.” I was one of the more outspoken proponents of alacrity as a stat in 3.0, and 4.0 has only solidified my obsession with the stat. I’ve perfected and tinkered my approach to Vig/Veng under the principles of DoT uptime, and I hope to spread the “proper” way to run Vigilance/Vengeance to other players. I hope you find the guide useful.

This guide has and will always be written about how I play this spec.

I’d like to thank many people for helping me write this guide: